Home News The Galaxy Book S is the most exciting Samsung laptop I’ve ever...
News 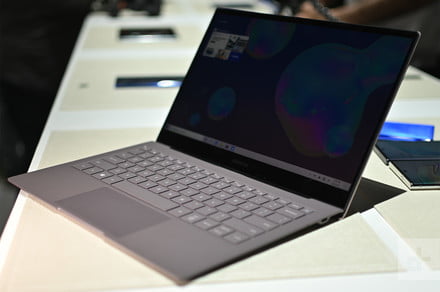 Samsung laptops don’t have much prestige in my book. Despite the gains the company has made on the mobile front, its laptops have always underwhelmed me over the years.

The new Galaxy Book S, though? It has my attention.

On the surface, it doesn’t look all that special. It’s just another clamshell laptop that could be mistaken for a Surface Laptop or MacBook Air if you didn’t know better. But the devil is in the details.

The first thing that caught my eye was the size of the Galaxy Book S. At just 2.1 pounds and 0.47 inches thick, it’s one of the most portable laptops I’ve ever laid eyes on. I’m often skeptical of laptops that are this thin and light, as they tend to forgo basic amenities for figures that look nice on a marketing brochure. But the Galaxy Book S doesn’t seem to do that. It has a full-size keyboard, a spacious touchpad, and insanely long battery life (23 hours, as claimed by Samsung).

But the real reason I’m interested in the Galaxy Book S goes beyond just what your fingers can touch. It’s the first laptop to use Qualcomm’s new Snapdragon 8cx processor. The CPU was announced last year, but this is our first real look at a device powered by it. I was curious about previous attempts at Qualcomm-powered ARM laptops (such as Samsung’s own Galaxy Book 2), but the severe performance limitations crushed any hopes I may have had.

The 8cx hopes to change that entirely. It has eight cores and a max clock speed of 2.84GHz, which is a bit more promising than the smartphone processors Qualcomm had been using in its first PCs. Qualcomm has made some ambitious claims about how fast these processors are, especially in tasks like multitasking, where those extra cores can be used to full effect.

Will Qualcomm’s 8cx be able to compete with a standard Core i5 processor from Intel? I’m not sure that’ll be possible in its first go-around. Still, if it’s even close to matching the same type of experience as Intel’s higher-clock, lower-core count processors, it’ll be a resounding success.

Qualcomm seems to have no problem getting its processors into big-name products, and the thought of the company bringing its knowledge of the mobile space to laptops is exciting. Better battery life, LTE connectivity, thinner fanless designs — it’s all coming together in a device that looks surprisingly premium. With all that, Samsung finally has a laptop that can match the hype of its mobile phones. Let’s just hope this is more of a Note 10 than a Galaxy Fold scenario.

Facebook
Twitter
Pinterest
WhatsApp
Previous articleBiologists create an ‘eyeball on a chip’ that actually blinks
Next articleIt’s about time: Face ID may finally make its way to MacBooks