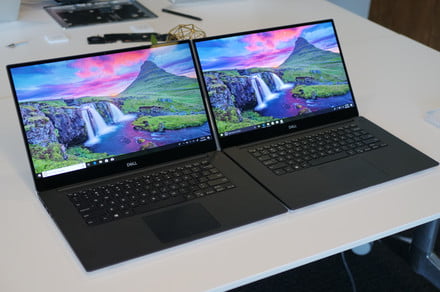 OLED screens are finally making their way to PCs and laptops are some of the first recipients of these super high-contrast panels. Our favorite of this expanding crop of notebooks is the Dell XPS 15. Already a fantastic mid-range laptop for work and play, the OLED display option kicks up its visuals to a whole new level, with fantastically deep blacks and brighter whites.

But most of the new OLED laptops look gorgeous and the selection of different notebooks to pick from with OLED technology is growing by the day. If the XPS 15 doesn’t strike your fancy, here are what we consider to be the best OLED laptops you can buy.

The best OLED laptops at a glance

Why you should pick this: The XPS 15 is already an awesome laptop and an OLED display takes it to a whole new level.

Who’s it for: Video editors, photographers, and content creators.

Why we picked the Dell XPS 15:

The Dell XPS 15 has been our favorite 15-inch laptop for quite some time, and it might be our favorite laptop of all if it wasn’t eclipsed by its slightly more portable and attractive cousin, the XPS 13. The latest version of this laptop upgrades everything, screen included. You now have options for up to an Intel eight-core, 9th-generation CPU, eight to 32GB of memory, and up to 2TB of SSD storage. There’s also an optional Nvidia GTX 1650 graphics chip for impressive mid-range gaming capabilities.

But the screen is what we’re here to talk about, and the 4K OLED panel used in the new XPS 15 is stunning to look at. Made by Samsung, it’s a gorgeous display with fantastic contrast and bright, popping colors. Impressively so, it’s not even any more expensive than the LED 4K option that Dell also offers, although it does lose the touch functionality and we hear that the battery life may be worse with the OLED option. Most importantly, it features excellent color accuracy, which some of the other options on this list lack. That makes it a great option for photographers and video editors.

Read our hands-on review of the new Dell XPS 15

Why you should pick this: It’s an awesome gaming system with a great keyboard and powerful internal hardware.

Who’s it for: Gamers who want some portability.

Why we picked the Alienware m15:

Alienware is a gaming brand through and through and the new iteration of its popular m15 doesn’t break with tradition in that sense. It does represent a brand-new generation of hardware and performance though, with a big uptick in the available internal hardware, all of which helps power the gorgeous OLED display that’s now an option on the pricier configurations.

Borrowing some of the aesthetic design choices of its heftier cousin, the Area-51m, the m15 has clean lines and a new white-color option that helps it stands out from other, more gaudy gaming notebooks and it’s even a little lighter than its predecessors too, at 4.75 pounds.

Under the hood it has Intel ninth-generation CPUs ranging from quad-core i5s up to eight-core i9s, Nvidia GTX and RTX graphics up to a 2080 Max-Q, eight or 16GB of RAM, and up to 4TB of storage. The OLED display that all of that powers is rich and deep, with a 60Hz refresh rate and 4K resolution. It also includes Tobii eye tracking built right into it, which could open up the door for variable rate shading or foveated rendering in the future.

Why you should pick this: It’s a gorgeous machine for work and play with the typical ThinkPad build quality and understated aesthetics.

Who’s it for: Workers who like to play in their off hours.

Why we picked the ThinkPad X1 Extreme:

ThinkPads are an iconic brand and although they lack the features and looks of your average gaming system, they typically give just about every laptop a run for their money in the hardware department. The latest generation of ThinkPad X1 Extreme is no different, with monstrous component options that include a 9th-generation Intel Core i9 CPU, an Nvidia GTX 1650 Max-Q graphics chip, up to 64GB of RAM, and 4TB of storage.

The OLED panel in this screen is very close to the others we’re seeing released in 2019, with a 4K resolution and fantastic brightness and contrast. We haven’t tested it yet to see how accurate the colors are.

Outside of the screen, though, this ThinkPad doesn’t look much different from its predecessors. It’s understated, functional, and sturdy. This is likely the most durable OLED laptop on the market, but we’d still caution against long usage at full brightness to avoid any potential burn-in problems.

Why you should pick this: It offers everything you want in an OLED laptop but with a fully functioning tablet mode too.

Who’s it for: Those who want OLED brilliance in a laptop and tablet in one device.

The last time we put an HP Spectre x360 15 through its paces it garnered our coveted Editors’ Choice award for being the most powerful 2-in-1 you could buy. But just a couple of months prior to that we got our hands on the OLED version at CES 2019 and that one blew us away in equal measure. Now that it’s available, it’s a viable alternative to the more affordable option we loved so much, as the display on it is in a whole other league.

The overall design is attractive and a little different, with a royal blue lid and gold trim that really stands out from the glut of silver and black laptops out there. The screen is the real showstopper though, with full HDR support, 4K resolution, and a brightness that hits 500 nits, which really helps the OLED contrast pop. Like the XPS 15, it features a color accurate screen that would be good for photography.

Hardware inside isn’t as strong as some of the competitors on this list, but an eighth-generation Intel Core i7 Whiskey Lake CPU, 16GB of RAM, and an Nvidia MX150 is hardly poor. It’ll be good for everyday workloads, media viewing, and some entry-level gaming. We don’t have a firm price yet, but this configuration should help it undercut some of the alternative OLED laptops on this list.

Why you should pick this: It has the best-looking laptop gaming experience in the world.

Who’s it for: Gamers through and through.

Why we picked the Razer Blade 15:

Our favorite gaming notebook for a couple of years now, the Razer Blade 15 continues to go from strength to strength, with an ever shrinking-chassis, a clean, gamery (but not too much) aesthetic, and now an OLED display option. It is expensive, with only the top specced “Advanced” edition of the Blade offering the display at an eye-watering $3,300, but the results speak for themselves.

Powered by an Intel Core i7-9750H CPU, up to 16GB of RAM, and up to an Nvidia RTX 2080 Max-Q GPU, the OLED 4K touchscreen display on the new edition Razer Blade is a sight to behold. Although locked to a 60Hz refresh rate, there aren’t many high-end games that will run above that at this resolution, even with the high-end GPU in this configuration. It also boasts amazing contrast, a fast response time, and low input lag. Its color accuracy, however, is a bit off instead opting for bolder, more saturated colors.

It will look its best in cinematic games, but competitive gaming is more than possible on this device and no matter what you’re playing, you can rest assured that there are few devices in the world that can even approach the visual quality of such a laptop. 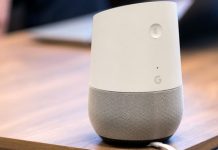 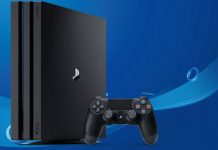 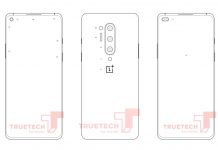 The next OnePlus phone may have four rear camera sensors, hole-punch display

Google Assistant provides a smarter way to listen to the news...