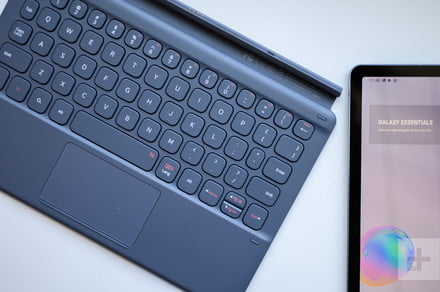 Samsung has kicked off a season of reveals by unveiling the Samsung Galaxy Tab S6 — an updated and modern Android tablet with a sleek design, a powerful flagship processor, and some great productivity-focused features. But Android hasn’t been the go-to for tablets in some time, and Apple’s range of iPads are what most people think of when they think of the best tablets. While it’s not the most powerful entry in the range, the iPad Air is powerful, sleek, and affordable.

A clash between the two is inevitable. So which is the better choice for you? We put the two tablets head-to-head to find out.

One of our longest-running bugbears with Android tablets has been fixed in the Galaxy Tab S6 — it finally comes with a flagship processor. The Snapdragon 855 powers Samsung’s new tablet, and it’s sure to provide snappy performance. But is it the equal of the iPad Air’s A12 Bionic processor? Benchmarks say no, with the A12 Bionic having a slight edge on the Snapdragon 855, but it’s certainly close.

Well, what about the battery? The iPad has a large advantage over the Tab S6 with a significantly larger capacity, but it’s not yet known whether that will translate to a strong overall battery life. Apple claims 10 hours of battery life for the iPad Air, while Samsung says you’ll manage an impressive 15 hours on a single charge of the Tab S6. But there’s a bigger gulf in charging speed. With a USB-C port, the Tab S6 offers faster charging right out of the gate, while you’ll need to buy a fast-charging kit for the iPad Air.

While there are indications of superiority on both sides, there’s not enough of a gulf for us to call this one yet.

While the Tab S6’s bezels are undeniably modern — echoing the iPad Pro — the iPad Air is something of a throwback to an older time, with thick bezels and somewhat dull design. It has its benefits, like Touch ID, but overall we prefer the more modern look of the Galaxy Tab S6. Samsung’s tablet is also lighter than the Air, and thanks to the reduced bezels, it’s smaller too. There’s an in-display fingerprint scanner, even if it isn’t an ultrasonic scanner like the Galaxy S10. There’s even an area to magnetically store your S Pen.

There’s no water-resistance on either device, so be careful while you’re by the pool. But both have metal builds, which should prove quite durable. Opposite Day has apparently come early, as you’ll find a headphone jack on the Apple device, but not on the Samsung device.

Despite the missing headphone jack, the Samsung tablet is undeniably better looking than the iPad.

Both tablets sport 10.5-inch displays, but the underlying tech is rather different. The iPad Air’s LCD runs a 2,224 x 1,668-pixel resolution that translates to 265 pixels-per-inch. It’s a good display, and it looks great. But is it as good as the Tab S6’s panel? The Tab S6 uses one of Samsung’s own Super AMOLED displays, with a 2,560 x 1,600-pixel resolution with a crispness of 287 pixels-per-inch. That’s not too far from the iPad Air, but it’s Samsung’s underlying tech that proves superior. The Super AMOLED display outputs far deeper blacks and stronger colors than most LCDs can manage. The Tab S6 wins out here.

We didn’t think most people used the dreaded “tea tray of doom” to take pictures, but apparently, we’re wrong. Samsung claims 86% of Tab S4 owners used their tablet’s camera daily, which means it’s taking the camera a little more seriously. That may be why the Tab S6 has a dual-lens camera suite comprised of a 13-megapixel lens with a 5-megapixel 123-degree wide-angle lens. There’s an 8-megapixel selfie lens around the front.

The iPad Air only has a single 8-megapixel lens around the back and a 5-megapixel selfie lens. It does well enough, but it’s no match for a good camera phone. But does it match the Tab S6’s dual-lens setup? We haven’t had much time with it yet, so we can’t declare either way.

The iPad Air currently runs iOS 12, but it will soon be running Apple’s new iPadOS, which boosts the productivity abilities of your iPad significantly, adding better multi-app support, a floating keyboard, and more. The Galaxy Tab S6 runs the latest version of Android 9.0 Pie, with Samsung’s One UI interface running over the top. It’s not as well built for tablets as iPadOS, but that’s more than made up for by the inclusion of several special features — which we’ll get into later.

The choice between iOS and Android often comes down to personal preference — but it’s not a matter of opinion which gets faster updates. The iPad Air will get new iOS releases within days of them being made available, while Samsung often takes upwards of six months to filter a new Android version to its devices. The iPad wins on the strength of Apple’s update schedule.

There are plenty of special features to be had here. The iPad Air comes with support for ARKit, Face ID facial recognition, the Apple Pencil, and all the new features granted by iPadOS. But it’s the Samsung tablet that wins out, with the Dex desktop mode, an in-display fingerprint scanner, an included S Pen, and a trackpad on its keyboard case. These features really help to make the Tab S6 function more like a laptop, and that’s a real winner.

The Samsung Galaxy Tab S6 costs $650 for the base model with the S Pen. If you want the upgraded model, then it’ll set you back $730. An LTE model is expected later in the year. The keyboard cover is not included and costs $179. The iPad Air has a more reasonable base price of $500, but you’ll need to fork out an additional $99 for the Apple Pencil, and $159 for the keyboard — it doesn’t support the second-generation Apple Pencil, just the original. There’s also an LTE model starting from $629.

The results don’t lie — the Samsung Galaxy Tab S6 comes out on top in a majority of categories. It’s a powerful and good looking tablet with the right stuff to see it used as a great productivity tool and relaxation aid alike.

However, the Tab S6’s lead is slim and it could easily be toppled by a number of factors. Don’t care about the keyboard with a trackpad or the included stylus? Then save yourself money and grab the Apple iPad Air instead of the basic Galaxy Tab S6. However, if productivity is the game and money is no object, then the Galaxy Tab S6 has the iPad Air beaten. There’s still the iPad Pro to consider though, and the Galaxy Tab S6 won’t have such an easy time against that.

Facebook
Twitter
Pinterest
WhatsApp
Previous articleAs end of support nears, Windows 7 users are finally moving to Windows 10
Next articleHere’s your chance to get the LG G8 ThinQ for $210 less on Amazon