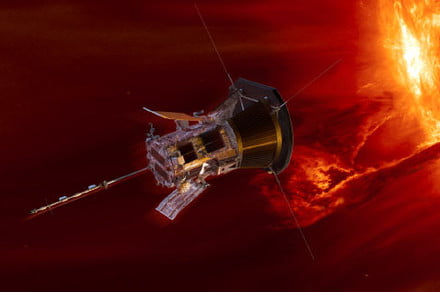 The Parker Solar Probe, launched last year, has completed its second orbit around the Sun.

The results obtained from the mission have been very positive, according to Dr. Nicky Fox, Director of the Heliophysics Division at NASA Headquarters, who said in a statement: “We’re very happy. We’ve managed to bring down at least twice as much data as we originally suspected we’d get from those first two perihelion passes.”

So far, the probe has captured the first image from within the atmosphere of the sun and has made the closest-ever approach to the Sun as well. The information gathered will inform our understanding of the extreme temperatures of the Sun and how it ejects particles and plasma out into space. “Flying close to the Sun — a very dangerous environment — is the only way to obtain this data, and the spacecraft is performing with flying colors,” Parker Solar Probe project scientist Dr. Nour Raouafi said in the same statement.

One of the instruments on board the probe, the Wide-Field Imager for Solar Probe (WISPR) is an imaging instrument that can capture visible light images of solar phenomena like solar winds, shocks, and solar ejections. It consists of two telescopes which work together to capture images. And data from the telescopes, collected during a period from November 6 to 10 2018, has been turned into a video:

In the video, the Sun is out of the frame to the left, and you can see solar winds flowing from the left to the right side. In the middle on the left side is a bright structure called a streamer, which is a dense flow of solar wind coming from near the Sun’s equator. On the right side, you can see a bright dot which is the planet Mercury, with the center of the Milky Way located to the right as well. The white streaks passing through the image are particles of dust which whip past the cameras as they record.

The next stage for the probe is another perihelion phase, before making a flyby of Venus which should happen at the end of December this year. This will give the scientists more chances to collect new data about the Sun, with the craft using the gravity of Venus to control its flight path.