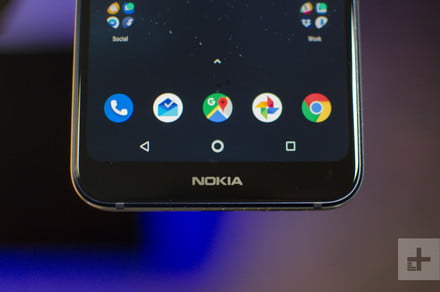 The budget market is a crowded space, but Nokia’s excellent phones have managed to stand out from the crowd. Last year’s Nokia 7.1 was an excellent budget handset, and was only replaced on our list of the best cheap phones by the emergence of Google’s exceptional Pixel 3a. Nokia’s not going to take that lying down, and rumors are coming in of an updated budget smartphone with a new look, powerful internals, and a potential triple-lens camera. Here’s everything we know about the Nokia 7.2.

The latest look at the Nokia 7.2 has come through an ever-popular leak medium: The humble protective case render. First highlighted by Nokia Power User, the cases from Gesma show a thin device with a notched display, a rear-based fingerprint scanner, and a triple-lens camera. Other case manufacturers have picked up on the same design (with an odd exception), and seem to be based on an earlier image from GSMArena, which claims to show the Nokia 7.2 with a teardrop notch and a triple-lens camera system.

While not obvious from the pictures, the Nokia 7.2’s large display is rumored to measure 6.2-inches and run a Full HD+ resolution.

According to Geekbench results from MySmartPrice, we can probably expect the Nokia 7.2 to sport the powerful midrange Snapdragon 710 processor — though some sources argue that the Snapdragon 660 is more likely. Either way though, it’s likely to have a good amount of power. RAM is similar, with some saying (including the Geekbench results above) it will pack 6GB of RAM, while others think 4GB is more likely — though it’s also possible there will be two models available.

Early reports said that Nokia was aiming for a late August release for the Nokia 7.2 — but more recent updates have pushed that release date back to September. More specifically, it seems probable Nokia will unveil its new budget handset at IFA 2019 on September 8. We haven’t heard much in terms of pricing, but expect Nokia to stick near to the original Nokia 7.1’s $350 price.

That’s all we’ve heard about the Nokia 7.2 at the moment, and we’ll update this piece as we hear more.