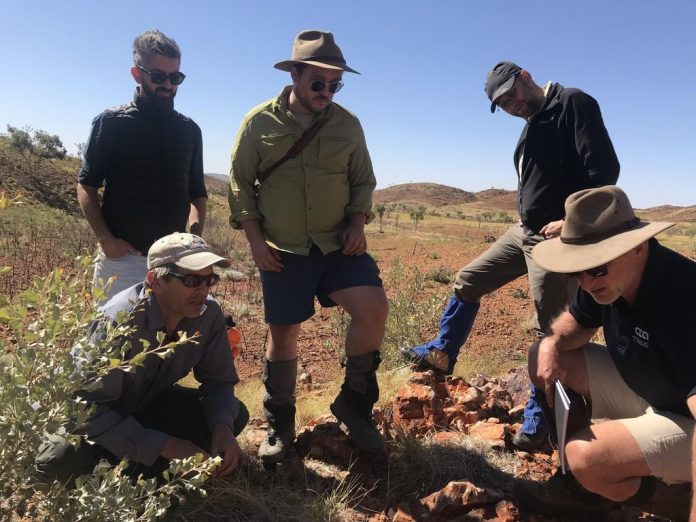 How do you practice for a trip to Mars? This week the NASA team overseeing the Mars 2020 mission joined European and Russian colleagues from the ExoMars mission to perform experiments in the Australian outback.

The outback is a useful simulation of the Martian environment due to its high temperatures, low humidity, and remoteness. As both Mars 2020 and ExoMars will be searching for evidence of ancient life on the planet, the trials in Australia focused on finding and identifying tiny fossils that indicate past life existed in the area.

“The Pilbara Outback is home to the oldest confirmed fossilized lifeforms on Earth, called stromatolites,” Ken Farley, project scientist for Mars 2020 at NASA’s Jet Propulsion Laboratory, explained in a statement. “If we can better understand how these fossils came to be here — and the nearby geological signposts that help point the way to them — we’ll be that much more prepared when hunting for signs of life on Mars.”

Scientists with NASA’s Mars 2020 mission and the European-Russian ExoMars mission traveled to the Australian Outback to hone their research techniques before the launch of their missions to the Red Planet in the summer of 2020 to search for signs of ancient life on Mars. NASA/JPL-Caltech

The trip involved practicing research techniques for the extraction and identification of samples, which will be a key function of the Mars 2020 mission. The ExoMars mission will include a rover with a miniature chemistry lab on board for analyzing organic compounds such as amino acids which could be evidence of previous life on Mars.

This isn’t the first time that NASA scientists have made use of extreme environments on Earth to test technology intended for use on Mars. NASA has run trial rover missions in the Atacama desert in Chile, which is also hot and dry. Other tests of the Mars 2020 rover included putting it in a freezing vacuum chamber for a week to assess its resilience to the harsh environment of space.

All this testing is a key part of a successful mission, according to Mitch Schulte, Mars 2020 program scientist at NASA Headquarters in Washington. “Just as the Apollo astronauts visited areas of geologic interest on Earth before they journeyed to the Moon, the scientists of Mars 2020 and ExoMars are doing their due diligence before their missions make the 100-million-plus-mile (160-million-plus-kilometer) trip to the Red Planet,” he said.