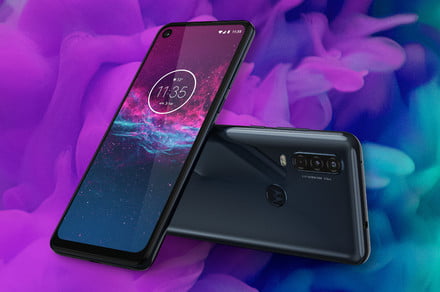 Is there anything more annoying than when you accidentally record a video in a vertical aspect ratio? Motorola thinks not, because it’s just revealed the Motorola One Action — a new midrange phone that eradicates the menace of vertical videos with a special wide-angle lens that records in a horizontal aspect ratio while held upright. But there’s a more to Motorola’s new midrange machine than just its video tricks — here’s everything you need to know about the Motorola One Action. 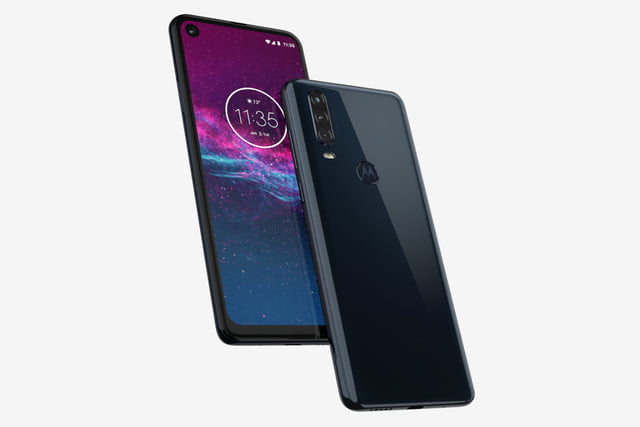 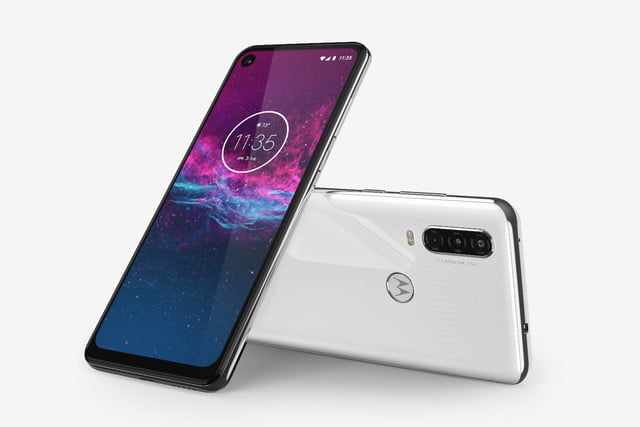 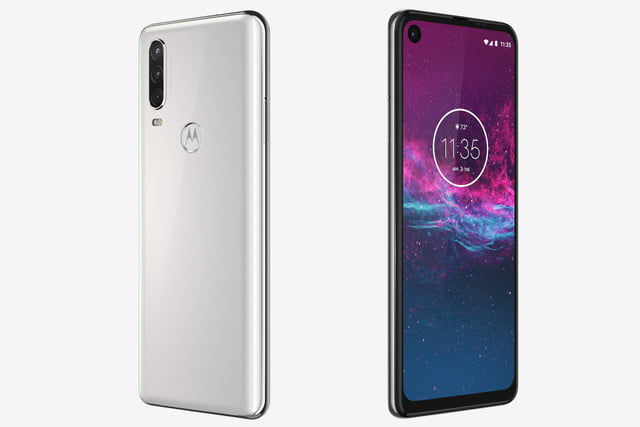 Midrange phones rarely sport the sort of design that would make flagship phones turn their heads in shock, and the Motorola One Action is no exception to that rule — but that doesn’t mean it’s an ugly phone. Motorola is clearly establishing a design trend for the One-series though, as the One Action looks very similar to the Motorola One Vision released earlier this year. The bezels are slim, and while the chin at the bottom of the phone is noticeably thicker, it still doesn’t distract much from the phone’s overall style, and you’re unlikely to notice it during real-life use.

The 6.3-inch display is an LTPS IPS LCD running an FHD+ 2520 x 1080 resolution with a sharp pixels-per-inch measurement of 432. It’s tall too, with a 21:9 aspect ratio like the Sony Xperia 10. Like the other Motorola One phones, you’ll find the single front-facing selfie lens cut into the display, poking through a punch-hole.

Flip over to the back of the phone and there’s still more to admire. There’s a triple-lens camera setup in the top-left corner with an underslung flash unit. The fingerprint sensor is centrally located in the upper half of the back case, giving most people easy access. The headphone jack can be found at the top of the device, while the USB-C port is found at the bottom. There’s not much in the way of water-resistance though, as the One Action only sports a splash-proof IPX2-rating. Avoid deep water like pools and baths and you should be alright. The back is made of Gorilla Glass, which, while durable, is best protected with a case.

The One Action has borrowed liberally from the One Vision where the specs are concerned — but like the design, that’s no bad thing, as the solid midrange specs should be more than good enough for the price.


Operating system: Android 9.0 Pie (Android One outside the U.S.)

We see a welcome return to the Samsung Exynos 9609 processor, a powerful midrange chip that should be able to handle most day-to-day tasks you throw at it. It will struggle with high-end 3D gaming, but with 4GB of RAM it shouldn’t back down in the face of multi-tasking. There’s plenty of storage too, with 128GB internal storage as standard, and the option to add up to 512GB with a MicroSD card slot.

There’s a decently sized 3,500mAh battery in here, which should last a day. There’s support for fast 10W recharging, but there’s no support for wireless charging — not that we expect it on a phone this price.

The Motorola One Action runs Android 9.0 Pie, so you’ll find Google’s latest features and additions here. However, breaking with tradition for the One range, U.S. models of the One Action will not be running Android One. While international versions of the phone will benefit from the stripped-down stock Android-like interface and faster updates, U.S. models of the One Action will instead get Motorola’s custom UI. Why? Motorola claims Android One isn’t something consumers care about, and moving away from it allows Motorola to focus on the elements customers love in the One range — the camera and the design.

That doesn’t mean the One Action will go without updates though — Motorola has promised at least one major OS upgrade to Android Q, while security patches will continue to be pushed out. However, it does mean the U.S. One Action is not guaranteed to get Android R — unlike international One Action models. Regardless of that, the One Action will still come with the additional Moto special features we love, including the Moto Display and gesture-controlled Moto Actions.

There’s an impressive triple-lens camera system on the back of the One Action. It comprises a main 12-megapixel lens with an aperture of f/1.8, a 5-megapixel depth-sensing lens, and a 16-megapixel ultra-wide-angle lens. That final lens is the one that works magic where filming vertically is concerned. It’s a 16-megapixel action camera lens with an incredibly wide field-of-view of 117-degrees that allows you to fit four-times more action into the frame. Take a video while holding your phone vertically, and the super-wide 16-megapixel lens will record your video in a horizontal aspect ratio — meaning you can hold your phone more comfortably in a single hand while remaining sure your audience will be able to see everything that’s going on.

It’s not just the lens that will make the One Action a great phone for video either — Enhanced Video Stabilization will ensure your footage is smooth and shake-free, while quad-pixel technology will deliver four times as much light sensitivity, making sure your videos are sharp and bright in any situation. We’ll be sure to put this feature to the test.

It’s not all about video, though, and you’ll find good picture capabilities too. The main lens’ wide f/1.8 aperture should ensure plenty of light enters the lens, while the 5-megapixel depth-sensing lens will provide depth data for accurate portrait mode shots. The selfie lens hasn’t been neglected either. It’s a 12-megapixel lens with an aperture of f/2.0, and should provide good performance with the additional A.I. features, such as shot optimization, smart composition, and auto smile capture.

The Motorola One Action will be available in Brazil, Mexico, and various European countries from August 16, with prices starting at 259 euros (roughly $290). More countries will be added later in August, but it won’t be coming to the U.S. and Canada until early October. Motorola also hasn’t released U.S. pricing yet, and we’ll update you as soon as we know more. It’s coming in several colors, including Denim Blue, Pearl White, and Aqua Teal — but only the Denim Blue and Pearl White colors will be available in the U.S.