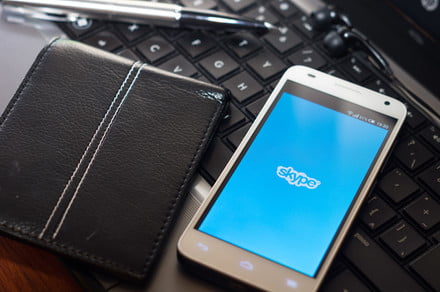 If you thought all of your Skype calls and Cortana commands were totally private, think again.

According to a recent report published by Motherboard, the tech news site obtained documents, audio, and screenshots which indicate that Microsoft’s contractors are in fact listening to some Skype calls made via the app’s translation feature, as well as listening to voice commands spoken to Microsoft’s voice assistant, Cortana.

Essentially, Microsoft’s contractors are given audio recording samples of some Skype calls (usually made with the Skype Translator feature), as well as audio recordings of Cortana voice commands. With Skype calls, the contractors are then expected to help transcribe what they hear, either by choosing the best Skype-generated translation or by adding in their own translation.

While Motherboard’s report does mention that the screenshots show “the audio is treated as confidential Microsoft information,” the problem here is that the contractors can still hear explicit conversations and voice commands about totally private, personal matters, including conversations involving relationship problems and phone sex, and Cortana voice commands involving full addresses and personal, potentially embarrassing search queries.

Furthermore, according to Motherboard, it doesn’t appear that Microsoft has been entirely transparent about this audio recording review practice. And while Skype’s Translator Privacy FAQ does mention the collection and analysis of Skype calls, there doesn’t seem to be any mention of the fact that human translators are part of the “translation services” offered by Skype’s Translator feature. In fact, Skype’s FAQ response emphasizes that the collection of these conversations is intended to help improve the “technology” behind its translation service,  but doesn’t go into any detail about the humans behind that technology:

“To provide you with a translated conversation, the content of your communication is passed through our speech recognition and/or translation services before being returned in your chosen language. Translation in Skype is new technology that will improve the more it is used. To help the technology learn and grow, we verify the automatic translations and feed any corrections back into the system, to build more performant services.”

Microsoft did issue an emailed statement to Motherboard regarding its use of these audio recordings. In the statement, the technology company addressed why it collects these recordings, asserted that it was being transparent about this practice, and stated that it “gets customers’ permission before collecting and using their voice data.”

Microsoft’s statement also described the measures it has taken to ensure the privacy of its users when engaging in this practice, including “de-identifying data, requiring non-disclosure agreements with vendors and their employees, and requiring that vendors meet the high privacy standards set out in European law. We continue to review the way we handle voice data to ensure we make options as clear as possible to customers and provide strong privacy protections.” Motherboard’s report also mentioned that Microsoft said contractors could only access the audio data via “a secure online portal.”