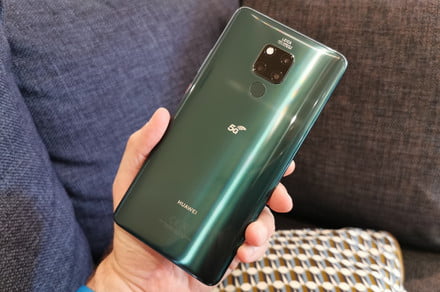 Buying a 5G phone at the moment is expensive; but that will change over the coming year as new, low-cost 5G phones arrive. Huawei may have struck a deal to help it launch a competitively priced 5G phone in 2020. A report from MyDrivers quoting Chinese media sources says Huawei will buy MediaTek’s recently announced 5G SoC chip, which will apparently power a low-cost Huawei 5G smartphone potentially out in early 2020.

Why is this important? There are several reasons. First, while Huawei makes its own 5G modem already — the Balong 5000, which is inside the Mate 20 X 5G — it’s not an integrated solution, and is so far announced only for high-end phones. MediaTek’s 5G SoC combines ARM’s Cortex A77 CPU with MediaTek’s A70 modem, and is designed to bring 5G to phones that cost less than flagship 5G devices.

If the story is accurate, and Huawei has placed orders with MediaTek for the 5G SoC, then it’s also significant as doing so clearly avoids the current Entity List ban in force by the U.S. government, stopping U.S. businesses from selling to Huawei. MediaTek, a Taiwanese company, works with TSMC in Taiwan to build the chips. According to the report, MediaTek’s CEO has met with TSMC to confirm it can meet the number of 5G SoC chip orders required.

Finally, this may give us a further, and even more concrete, indication that affordable 5G phones will arrive in early 2020. When MediaTek announced the 5G SoC, it said samples would be sent to manufacturers during the final months of 2019, and the first phones with the chip inside would launch in early 2020. It’s worth pointing out that MediaTek’s 5G SoC works with Sub-6 5G bands, rather than the mmWave system. This means it will be compatible with only some networks. In China and Europe Sub-6 is the primary 5G system at the moment, and it is also supported by T-Mobile and Sprint in the U.S..

No announcements have been made by either company yet, and probably won’t be until next year. Digital Trends has contacted MediaTek for comment and will update when we hear back.