Home News Is Sony’s smartphone business dead or can it be revived?
News

Is Sony’s smartphone business dead or can it be revived? 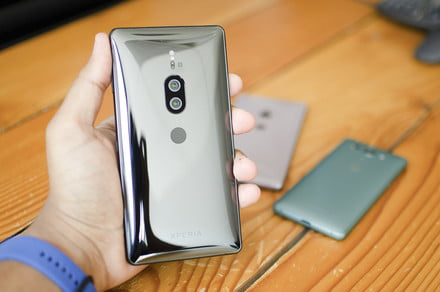 Between March 31 and June 30 of 2019, Sony only shipped 900,000 smartphones. That’s the first time Sony has sold less than 1 million phones in a quarter since it started selling phones. Viciously undercut by Chinese manufacturers, Sony has all but abandoned the U.S. market as lost in a desperate attempt to stop the bleeding. Without its profitable gaming division to prop it up, Sony Mobile would already be dead.

In May, Sony’s new CEO, Kenichiro Yoshida, said its smartphone business is “indispensable” and described phones as “a component necessary to make our hardware brand sustainable,” since younger generations no longer watch TV and tend to use smartphones first. He’s not wrong, but the big question is how does Sony turn this around?

The harder they fall

Sony got into the cell phone business in 2001 in a joint venture with Ericsson. Those early feature phone days brought plenty of success, and Sony mixed in its Walkman brand and helped innovate lots of positive new developments for phones, particularly with photography and music.

At its peak in 2007, Sony Ericsson had a 9% global share of the market, based on shipping 103.4 million phones, but things nosedived sharply thereafter as the iPhone and new Android phones started changing the scene forever. The Ericsson partnership soured as Sony struggled to get a handle on the shift from feature phones to smartphones, and a buyout was announced in 2011.

Rebranded to Sony Mobile, the Xperia range of phones was launched and Sony steadily climbed back into the running. It sold 34.3 million smartphones in 2012 and was the fourth-largest smartphone manufacturer by market share in the final quarter of that year. In 2014, it hit a high of 40 million smartphones shipped, but it has all been downhill since then.

While Sony’s gloomy revised forecast said it will ship 4 million phones this year, it may leave you wondering why it’s in trouble. There are two things you need to factor in: first, how much does it cost to sell those phones, and second, how small a piece is mobile for Sony?

Sony sold 6.5 million phones in 2018, which cost it $879 million. That translated to roughly a 1% share of the market. Losses that big are not sustainable and they’ve led to some major cuts at Sony Mobile as it tries to reduce operating costs, hence the withdrawal from certain markets. The danger is that cuts like this, coupled with the stagnation of the smartphone market in general, could force Sony to throw in the towel.

The slowdown in sales means there are fewer Sony devices out there and fewer people advocating for the brand.

“The average Sony smartphone in use is now almost 27 months old,” Kantar’s Director of Consumer Insights, Dominic Sunnebo, told Digital Trends. “Just 28% of Sony owners claim to have shared positive experiences of their smartphone with friends and family compared to 40% for Huawei owners.”

Where did it all go wrong?

Sony’s strategy of releasing a new flagship every six months, instead of the annual cycle that most manufacturers stick to, doesn’t seem to have done it any favors, and presumably contributed to its soaring operating costs. It has also stubbornly stuck with high prices relative to the rest of the market, but there are other reasons interest has been declining.

In the U.S., Sony’s lack of success with smartphones is easy to explain: it never formed meaningful or long-lasting partnerships with the big carriers. Even now, with unlocked phones becoming more popular, it’s important to have a presence in carrier stores if you want to be a big player. The biggest unlocked success story of recent years is OnePlus and it’s now moving into carrier stores. Then there was that whole weird period where Sony disabled the fingerprint sensor for years in its U.S. phones.

The frustrating thing is that the phones themselves haven’t been bad. We positively reviewed the Sony Xperia XZ2 Compact, and praised it for being one of the last small phones out there, but the sales simply weren’t good enough and it looks as though the Compact line is now dead. We also liked the Sony Xperia XZ3 and its big OLED screen, though the latest Xperia 1 brought two of Sony’s shortcomings into sharper focus.

At $950, the Xperia 1 wants to go toe-to-toe with Apple’s iPhone XS Max, Samsung’s Galaxy S10 Plus, and even Google’s Pixel 3 XL, but it doesn’t match up. Bizarrely, since Sony is one of the biggest camera sensor makers for the smartphone market, its phones are below par in the camera department (using the manual camera mode doesn’t count). If you ever needed proof of how important tuning and software are for camera performance, then you’ll find it in Sony’s phones.

Making great phones isn’t enough if you can’t get enough people to try them.

“In past years, Sony smartphones have been bought for the quality of the camera,” Sunnebo said. “But leadership in this space has been rapidly eroded by a big focus on camera by almost all competitor brands.”

Ironically, Sony’s image sensor business is one of its most successful divisions right now, but profits are based on supplying competitors like Huawei. While Sony could certainly do with improving camera performance in its flagship smartphones, that’s unlikely to be enough to turn things around.

What can Sony do?

Sony has already been taking positive steps. It has cut back its bloated software and streamlined its user interface, moving closer to stock Android. The focus on screen quality and the shift to a cinematic format is a smart move.

But even if it added an improved camera and more reasonable pricing to that list, it still has work to do to change perceptions. Making great phones isn’t enough if you can’t get enough people to try them. That means backing its phones up with smart marketing.

One opportunity it feels like Sony never truly leveraged is the potential of a PlayStation phone. The Xperia Play was a major disappointment, but it was poor execution rather than a bad idea. The timing is better now, with gaming phones starting to take off as processing power hits new heights and with game-streaming services catching on, but it would require a real focused effort and a true partnership between the mobile and gaming divisions to pull off a big hit — and that doesn’t seem likely.

Whatever route Sony takes, it has its work cut out. Persuading people to buy a Sony phone again is going to be tough. The truth is it will likely take a big investment to get Sony Mobile back on people’s radars and the company is currently going in the opposite direction to cut its losses.

Facebook
Twitter
Pinterest
WhatsApp
Previous articleThis is your ultimate guide for everything PlayStation VR
Next articleIntel’s 2020 Phantom Canyon NUC could be powerful, but will it be too dated?