HomeNewsHuawei gets another short reprieve from ban, but the future doesn’t look...
News

Huawei gets another short reprieve from ban, but the future doesn’t look hopeful 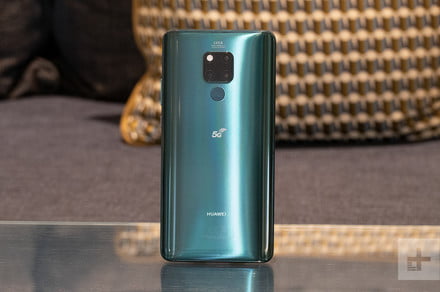 Huawei has been given another 90-day extension to the Temporary General License, which delays the ban imposed on it by the U.S. government in May. While this means it’s allowed to continue trading with U.S. companies for now, the extension comes with comments that indicate it may be either the last such extension or, even if there are additional extensions, that the end result will not be the ban being lifted.

Wibur Ross, U.S. commerce secretary, said on Fox Business that the latest 90-day extension is designed to help some of the U.S. networks that use Huawei equipment to “wean themselves off.” The extension pushes the deadline to November 19, and suggests the U.S. government remains steadfast in its efforts to permanently ban U.S companies from trading with Huawei. It also echoes an August 18 statement from President Donald Trump saying he didn’t want the U.S. to do business with Huawei.

Ross also said 46 more Huawei subsidiaries have been added to the Entity List — joining the 100 or so already on it — of businesses that are barred from trading with U.S. companies unless they get a specific license to do so. At the time of writing, the U.S. government has not granted any of these licences. Ross claims adding more companies to the list is a further effort to close any loopholes that could be exploited by businesses to continue working with Huawei.

Why does Huawei remain on the U.S.’s banned list? Ross used the same reasoning as Trump — that Huawei poses a security risk due to its supposed links to the Chinese government. Huawei says that it is a privately owned company, without ties to the government. Ross also identified 5G technology as a driver behind the ban, due to concerns over security. Clear evidence of security risks in Huawei infrastructure equipment has not been provided.

Huawei has responded to the decision to extend the license:

“The extension of the Temporary General License does not change the fact that Huawei has been treated unjustly. Today’s decision won’t have a substantial impact on Huawei’s business either way. We will continue to focus on developing the best possible products and providing the best possible services to our customers around the world.”

It also commented on the new additions to the Entity List:

“We oppose the U.S. Commerce Department’s decision to add another 46 Huawei affiliates to the Entity List. It’s clear that this decision, made at this particular time, is politically motivated and has nothing to do with national security. These actions violate the basic principles of free market competition. They are in no one’s interests, including US companies. Attempts to suppress Huawei’s business won’t help the United States achieve technological leadership. We call on the US government to put an end to this unjust treatment and remove Huawei from the Entity List.”

Huawei is expected to announce new products at the IFA technology show in Berlin at the beginning of September, and a new Mate series smartphone in the coming months.

Poll: How long should you keep that Android smartphone before upgrading?