Home News Here are the cities where you can access 5G from major U.S....
News

Here are the cities where you can access 5G from major U.S. carriers right now 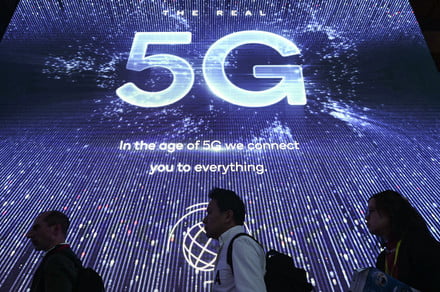 Even as you read this, 5G is gradually rolling out across the U.S., and while you likely do not have a phone that can connect to the next-gen network just yet, that day is rapidly approaching as more and more 5G phones arrive on the market. But exactly where is 5G available? Each carrier has been rolling out the network in different cities, and we’ve compiled the list into a map for your viewing pleasure.

But first, to use 5G, you’ll need two things: A phone that supports 5G and a network that offers it. If you’re wondering what 5G smartphones are available in the U.S., we have a handy list you can reference. These range from the Galaxy Note 10 Plus 5G to the LG V50 ThinQ 5G.

For this guide, we’ll only be discussing standards-based 5G. We won’t be including misleading branding like AT&T’s 5G E, which is simply an improved version of 4G LTE. We’ll also only be including mobile 5G, which is the type of 5G that you’ll be able to use on your smartphone (some carriers are deploying broadband 5G). Keep in mind that 5G is typically only available in select areas of cities, so just because a city is touted as having 5G, it doesn’t mean the network is available everywhere. It involves the type of spectrum being used, and you can read up on the different variants here.

Here’s where you can find mobile 5G in the U.S., no matter which carrier you’re on. In each map, cities that are promised to get 5G in the near future are colored black. We’ll be updating these maps as more cities are announced.

AT&T has a widespread 5G network, but unfortunately, it’s only available to AT&T business customers at the moment. It will expand to consumers soon.

Here are all the cities where 5G is available from AT&T. Keep in mind that you won’t get 5G access throughout the entire city — just in select areas. That should change over time as the networks grow.

Sprint has switched on mobile 5G in a number of cities, and while it’s not as widespread as AT&T and Verizon’s 5G networks, it is growing. Using Sprint’s 5G phones — like the Samsung Galaxy S10 5G — you can take advantage of Sprint’s 5G network in the following cities.

Cities to get Sprint 5G:

T-Mobile has rolled out millimeter wave 5G in a few cities, and it plans to officially launch its 600MHz 5G network this fall starting with the Galaxy Note 10 Plus 5G.

If you’re on T-Mobile, you may want to hold off until more phones supporting 600MHz 5G arrive, but here’s where its 5G service is available in the U.S.

Verizon’s current network isn’t as big as AT&T’s, but it is the biggest available to consumers — and Verizon’s promised rollout plans are much bigger than any other carrier. Verizon has promised 5G coverage to over a dozen extra cities — and that’s on top of the number of cities that already have it.

Cities to get Verizon 5G:

We’ll be adding to these lists as more cities are announced by carriers.