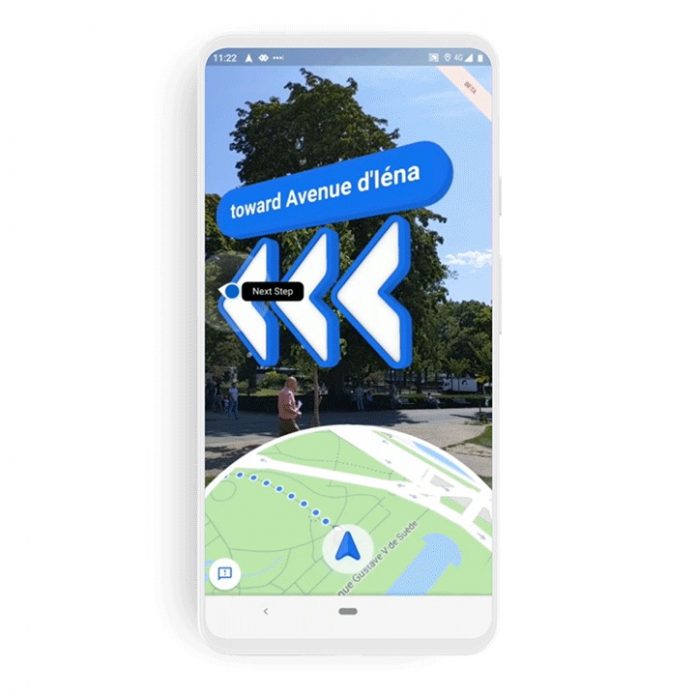 Augmented reality walking directions in Google Maps got a step closer today with news that a beta version of the AR feature will be rolling out to users of the app over the next couple of weeks (via TechCrunch).

Google revealed AR walking directions earlier this year, when it launched an early alpha mode for Google Pixel owners and users of Google Maps Local Guides, but now it’s making the feature available for all Google Maps users with ARKit-compatible devices (iPhone 6s and later, all models of iPad Pro, and 5th and 6th generation iPads).

The AR directions include large arrows and street markers overlaid on the real world. These can be viewed by tapping a nearby location on the map, tapping the Directions button, and then tapping Walking, which should make the “Live View” option appear near the bottom of the screen.

According to Google, the Live View feature isn’t meant to be used with your iPhone held up in front of you as you walk – rather, its designed to provide a quick and simple way of orienting yourself if you enter unfamiliar territory.

Google Maps can be downloaded from the App Store for free. [Direct Link]