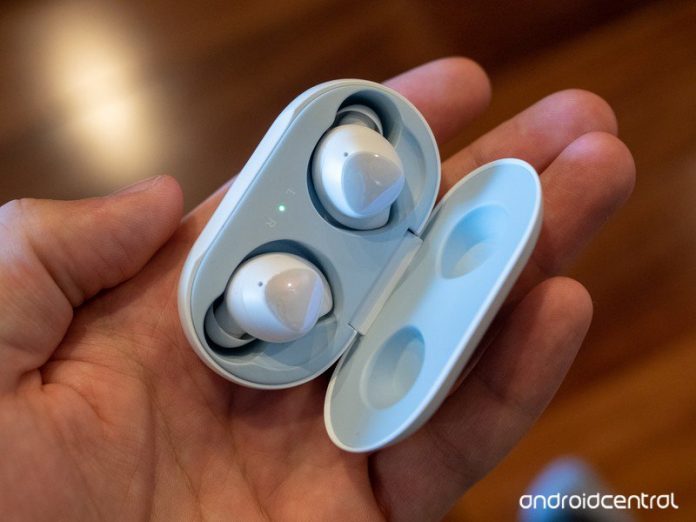 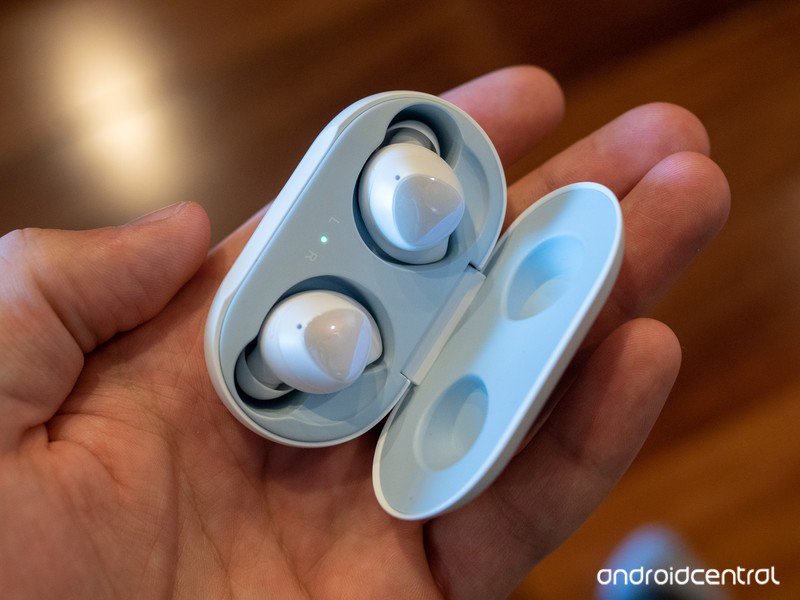 Samsung isn’t known for its line of headphones, and that’s mostly because they haven’t made any sets of headphones that genuinely stick out from its competition. However, some of Samsung’s more recent headphones have been pretty decent like the truly wireless Galaxy Buds. 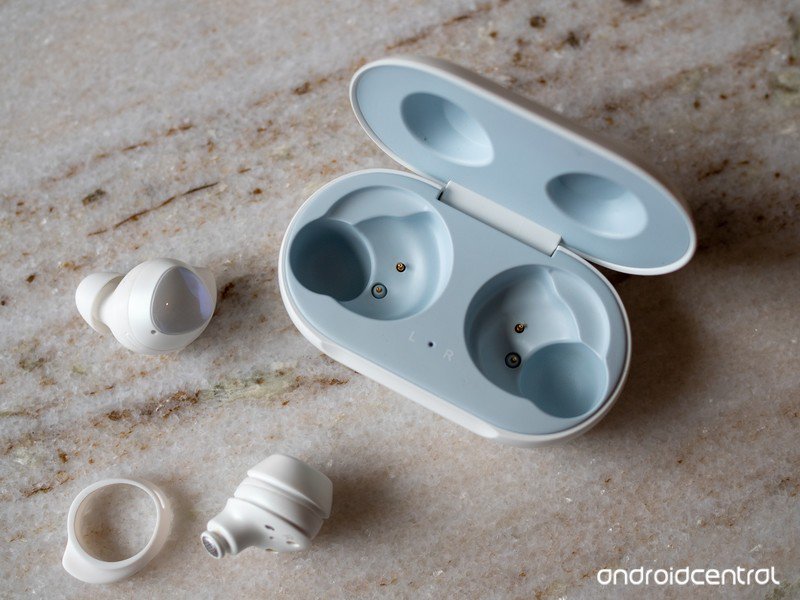 The latest edition to Samsung’s lineup are the truly-wireless Galaxy Buds. And if you’re okay with in-ear buds, the Galaxy Buds are a solid choice. Tech-wise, they have all you can ask for from a pair of truly wireless earbuds. They auto-sense when you take one out of your ear and pause your audio (and resumes when you put it back in your ear), they work independently, so it won’t matter which one is in your ear and has decent battery life at 6 hours on a single charge. You’ll also get an ambient sound mode that allows you to listen in on your surroundings without removing the earbuds. All of these smart features are available for Samsung devices and most other Android handsets. Unfortunately, there’s no iOS app, so functionality is limited on iPhones and iPads.

Sound-wise, the Galaxy Buds are decent. The bass response is a little weak, but that’s expected, the mid-range is flat and neutral, and the treble, for the most part, is neutral, with a slight boost in the high-treble which will cause some sibilance overall. However, most people won’t hear that sibilance. 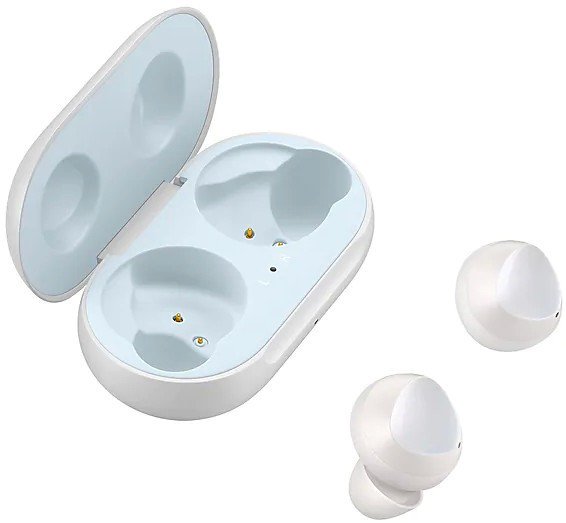 Earbuds that you always have on you, in your pocket. The Galaxy Buds are the pinnacle of convenience all the way down to how you charge the case. 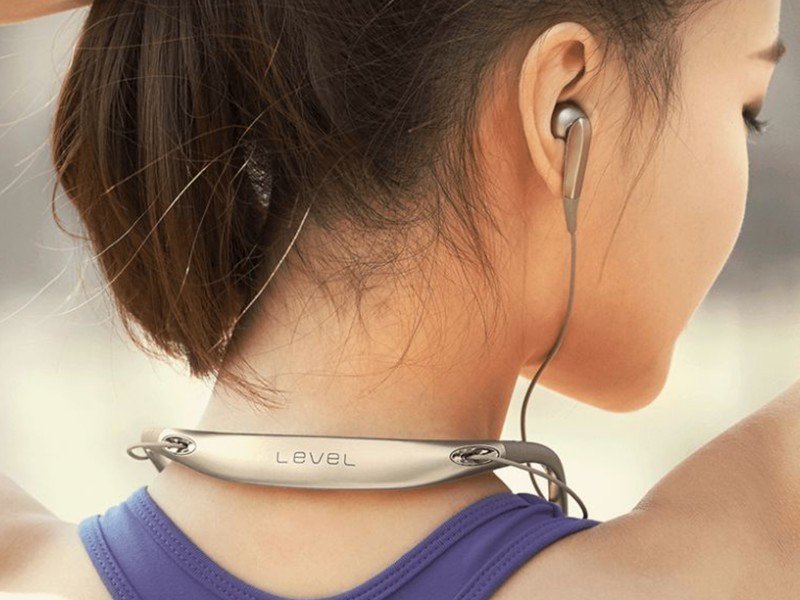 Sound-quality wise, the Level U Pro are excellent compared to other Samsung earbuds. The bass has a modest boost giving them an overall warmer sound signature. The mid-range is underemphasized, which means vocals will take a backseat, and the treble is overall very neutral and flat. You won’t notice any sibilance here.

In terms of battery life, the Level U Pro are excellent. They last 9.5 hours on a single charge and take roughly 2 hours to charge from a dead battery fully. Other features include support for the aptX-LL (low latency) Bluetooth audio codec which means you’ll get high fidelity audio with industry-leading low wireless latency. 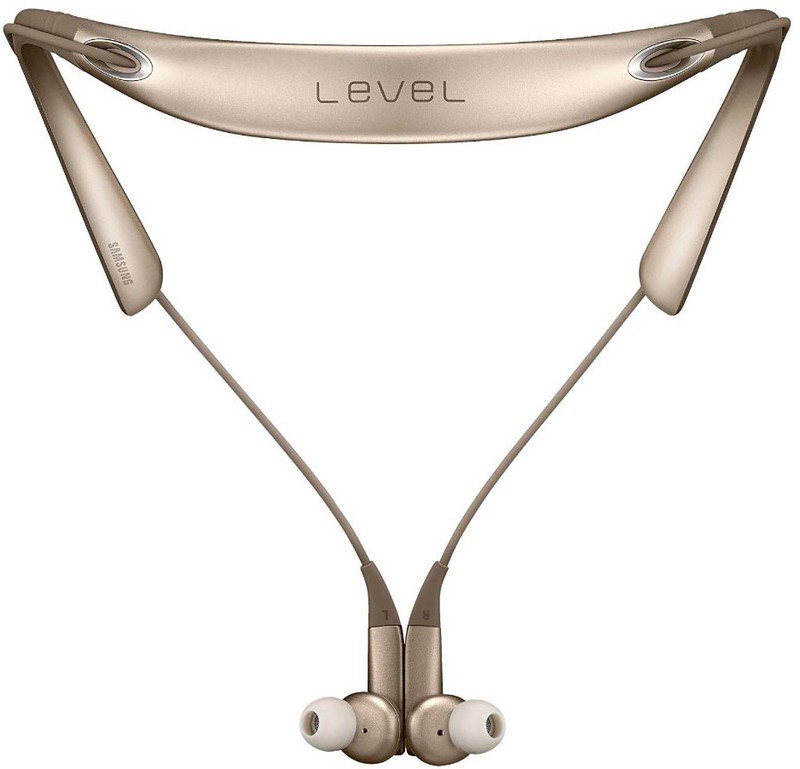 If you own a Samsung smartphone, the Level U Pro will offer the best wireless earbud experience. Low latency, long battery life, and exceptional sound quality. 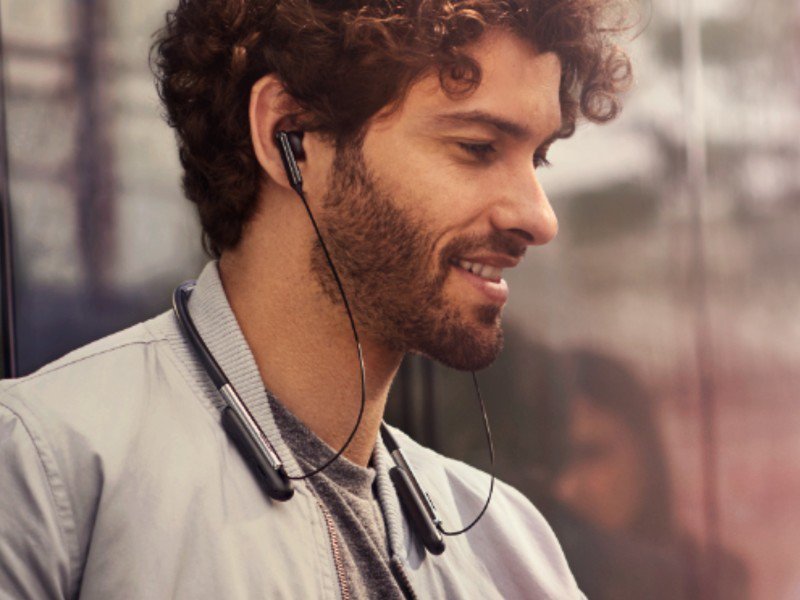 Samsung’s bread and butter is in-ear earbuds, and as expected from a pair of Samsung-branded headphones, the sound is good but can still be improved. The bass response is overall good. It doesn’t get as low as most other headphones, but the lower-bass is typically used for rumble and effect. Meanwhile, the mid- and high-bass is rather neutral. The mid-range is uneven with a boost in the low-mids and the high-mids being a tad recessed. Treble overall is excellent with a near-neutral response.

Battery life is decent for an in-ear wireless headphone with up to 8 and a half hours on a single charge. It’ll take roughly 2 hours to charge from dead to 100%. If you like in-ear earbuds, these will be super comfortable. They come with several standard size ear tips so you can swap them out as needed.

They are a neck style design so you’ll always have them resting on your neck. Fortunately, they’re not too heavy so you’ll barely feel them around your neck. 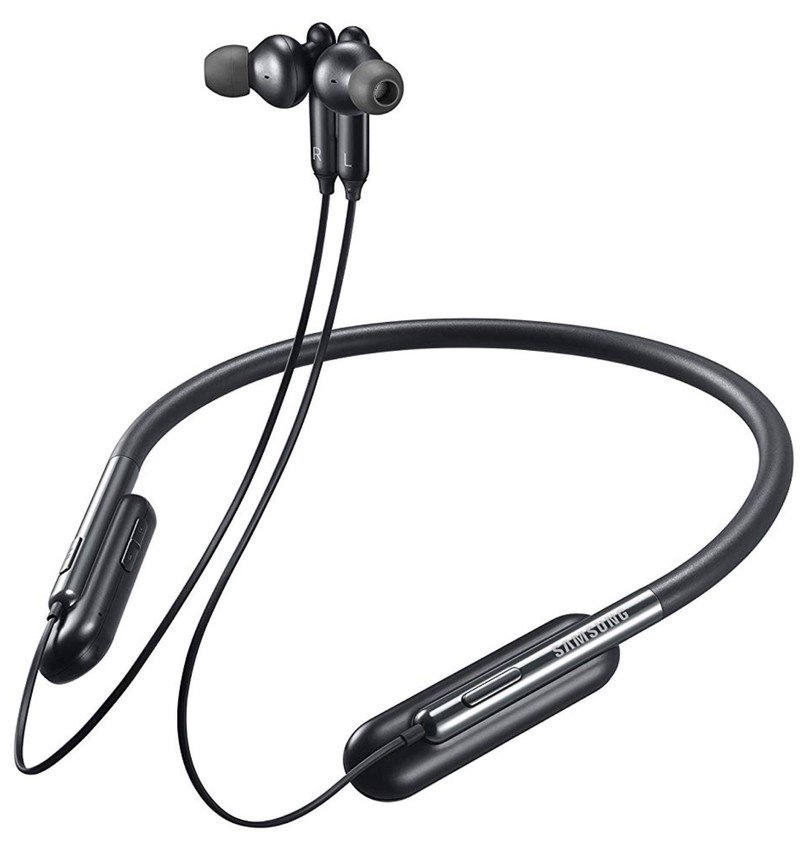 Awesome for the price

At its price, the U Flex Wireless are an absolute steal. Decent battery life and sound, and super comfortable to use long term. 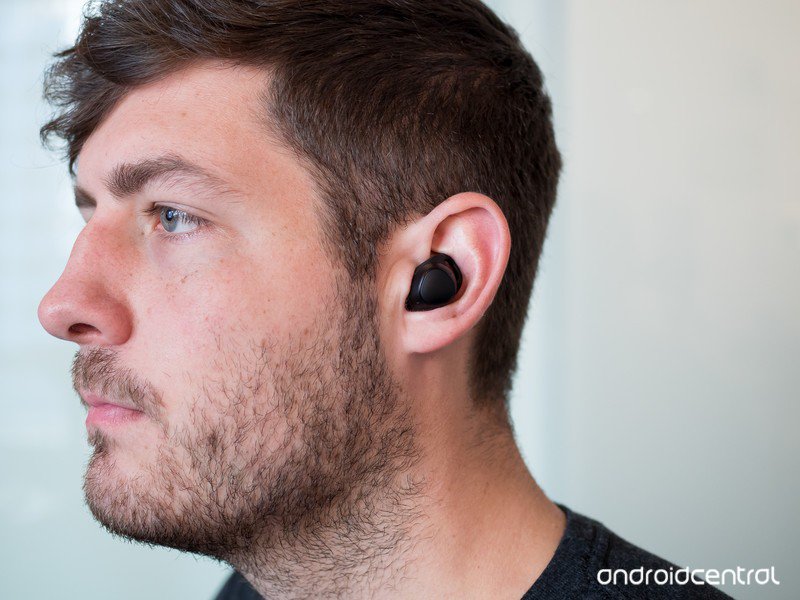 Fitness buffs should look no further than the Gear IconX. Just like the Galaxy Buds, the IconX are truly wireless earbuds. They offer the standard IPX2 water resistance rating, which means these are only suitable for working out in ideal conditions like at the gym or if it’s sunny out.

The Gear IconX offer up to 5 hours of battery life when streaming audio and 4 hours when on the phone. If you’re paired with an Android phone, you can download the S-Health app, and the Gear IconX will be able to track speed, distance, and calories.

In terms of sound quality, the Gear IconX are solid. The bass doesn’t get low but that is to be expected from a pair of truly wireless earbuds. The mid-range is even and neutral, and the treble is, for the most part, neutral with a slight boost in the mid- and upper-treble, which gives it an overall brighter sound. 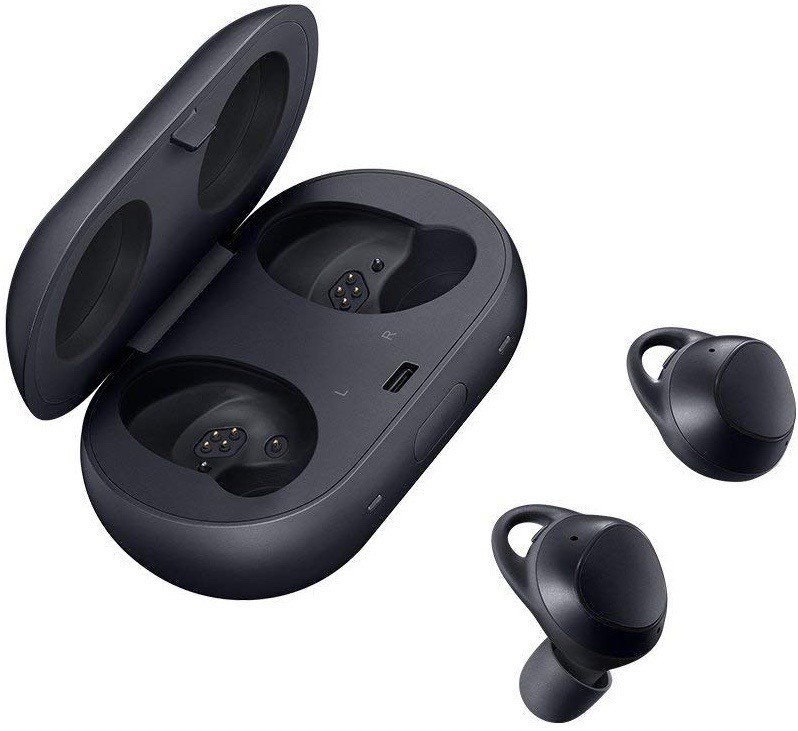 If you’re a fan of S-Health and like to track some data while working out, the Gear IconX from Samsung is right up your alley. Decent sound quality, battery life, and water-resistance as well.

It’s still the early days for Samsung when it comes to audio gear. Despite this, they have a few solid options such as the Samsung Level U Pro if you’re a fan of neckbuds or the Galaxy Buds if you like to like always having the latest tech.

Needless to say, Samsung is constantly improving its lineup and is clearly ready to put up a fight and make great earbuds, headphones, and other audio hardware in the foreseeable future.

Peter Cao spends most days testing various headphones and earbuds. When he’s not at work, he enjoys playing video games and analyzing music.