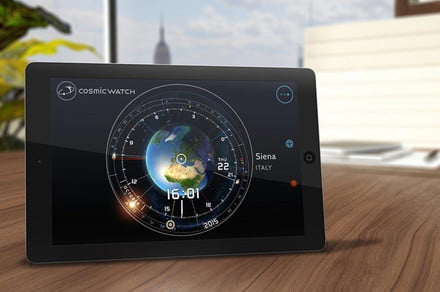 People have been staring at the starry night sky ever since the world began, wondering what it all means. While in the old days, you could only analyze constellations with charts, maps, and telescopes — or pay a visit to the nearest planetarium — today you can use mobile apps to uncover a vast amount of information about what’s happening overhead at any given time. Backyard stargazers use apps to discover a wealth of information on the location and identity of planets, stars, and galaxies — no telescope needed.

The best astronomy apps use the gyroscope and compass in your smartphone or tablet along with the date, time, and location services to determine your whereabouts, and while an internet connection is helpful, it’s not always strictly necessary for every app. If you’re in the wilderness, far from a Wi-Fi or cell connection, you can still benefit from astronomy apps. Some also use augmented reality through the device’s camera to show you exactly where stars are positioned. Most apps are extremely easy to use and targeted to beginners and enthusiasts — just point your device’s camera toward the heavens and find the stars and constellations.

Because the Earth rotates every 24 hours and the planets orbit around the sun every 365.25 days, stars land in pre-destined positions so that the same stars appear at the same date and time on an annual basis and your location dictates which constellations are visible. Many sky-charting apps manage celestial objects with categories or lists. The Messier List, for example — researched and published by Charles Messier in 1781 — includes 110 deep-sky objects viewable from the Northern Hemisphere, and is a popular feature for such apps.

Inspired to see what’s overhead? Here are a few of the many cross platform iOS and Android apps we discovered.

Star Rover acts as your device’s built-in planetarium, where you can just hold up your phone, use a pinch-to-zoom gesture, and have the app pinpoint whatever is up there. After determining your position, the app locates stars, the moon, planets, and constellations. The sky map updates dynamically as you move your phone around the block, neighborhood, or region to see twinkling stars, nebulae, meteors, and sunset glow. Star Rover, which costs $2, catalogs over 120,000 stars, all 88 constellations, planets and their moons, moon phases, and real images of Messier objects. Detailed information covers sky objects, equatorial and azimuthal grids, the Milky Way, sunrise and sunset, eclipse simulation, and more.

With SkySafari, all you have to do is hold your device up to the sky and let the app quickly assemble planets, constellations, satellites, stars, and deep sky objects. Featuring interactive information accompanied by rich graphics, the app lets you view 120,000 stars, over 200 star clusters, nebulae, and galaxies, all major planets and moons, and a variety of asteroids, comets, and satellites, including the International Space Station (ISS). You can use the app to animate a variety of celestial events such as meteor showers, comet approaches, transits, and conjunctions. SkySafari lets you simulate the night sky from anywhere on Earth and move backward and forward in time. Rich graphics show you detailed views of galaxies, and constellations. The Tonight’s Best feature highlights the most interesting current events.

You don’t need a telescope to see the stars and constellations as long as you have Sky View Lite, an intuitive free mobile app that helps you find and identify sky objects like stars, planets, and satellite fly-bys from the likes of the International Space Station and Hubble Space Telescope any time of the day or night. An augmented reality feature lets you use your camera to spot objects in the sky at any time. The app also features sky paths for tracking objects, and a social feature that lets you share discoveries with friends and family. No need for Wi-Fi, cell, or GPS  — the app functions fine without them.

This award winning augmented reality-assisted app lets you explore outer space by simply pointing your mobile device skyward. Play astronaut for a flight through the solar system or learn about the stars and constellations in the sky right above you. Time travel to past or future skies. Cosmic Watch 2, which costs $5, calculates singular astronomical events so you never miss out on the next big cosmic thing. The app features layered presentations, a 3D celestial sphere of the whole sky, a planetarium with star maps, constellations and astronomical events calculator, 3D astronomical clock and world clock, separate sky, earth, and solar system views, a geocentric and heliocentric solar system view, and much more.

Solar Walk is a comprehensive encyclopedia of the solar system anchored by a 3D model. Use the app to explore space, spacecraft, and planets via an interactive planetarium augmented by panoramic photos. You can watch satellites, comets, asteroids, dwarf planets, explore space missions and spacecraft, and check out the celestial event calendar. All celestial bodies are represented in their correct real-time positions. View realistic 3D models of spaceships, satellites, and interplanetary stations and track their flight path trajectory, watch gravitational moves, and view photos shot during the mission. The astronomy calendar includes various celestial events like the solar eclipse, lunar eclipse, moon phases, and documents historical space travel. A social feature lets you share discoveries with friends and family on Facebook. An ad-supported Premium Access version costs $3.

If you’re curious about stars, constellations, planets, comets, satellites such as the International Space Station, and deep sky objects, Stellarium is an app that gives you the lowdown without getting in your way. Stellarium Mobile Sky Map provides a simple, minimalist interface that’s great for beginners and kids and a 3D rendering of the major solar system planets and their satellites. Find out all you need to know about the sky above you with the app’s catalog of over 600,000 stars, displayed as an adjustable sky map, a catalog of nebulae, and galaxies, star clusters, deep sky objects, asterisms, and illustrations of the constellations. The app lets you discover how others interpret the stars, see Milky Way and deep sky object images, simulations of star extinction, atmosphere refraction, and more.

Attention stargazers: Star Walk 2 is on hand to assist you in exploring the sky. Satisfy your curiosity in identifying stars, constellations, planets, satellites, asteroids, comets, spacecraft, nebulae, ISS, Hubble Space Telescope, and other celestial bodies in real time with your smart device. In addition to the stars, have a look at meteor showers, equinoxes, conjunctions, even full and new moons. The free, ad-supported app displays a real-time map of the sky on your screen in whatever direction you point your device. Pan to navigate your view on screen by swiping in any direction, pinch to zoom out, or stretch to zoom in. A clock icon at the upper-right corner of the screen facilitates date selection forward or backward to watch the night sky stars and planets in accelerated motion. You can also view night sky objects in augmented reality. Tap on the image of the camera on the screen and the app will activate your device’s camera so you can see charted objects superimposed on the live sky. A What’s New section details the most interesting astronomical events.

This favorite among stargazers is a simple app for viewing stars, constellations, and deep sky objects. The ad-supported free app (called Lite in iOS), which costs $3 for an ad-free version, shows the sun, moon, and planets in the solar system, 88 constellations and more than 8,000 stars, 12 constellations, and assorted famous deep sky objects with the location set either automatically via GPS or manually. You can hide all menus and enter AR track mode when you point your device to the sky. The paid version lets you search for celestial objects and elements, has a 3D compass in AR mode, a night mode switch, and lets you explore beyond the boundaries of time. 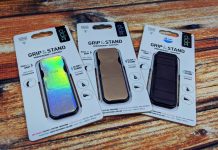 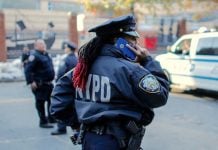 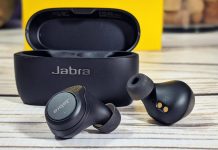