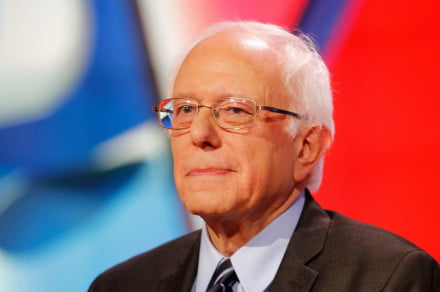 Democratic presidential hopeful Sen. Bernie Sanders of Vermont is calling for a complete ban on the use of facial recognition by law enforcement as part of the new criminal justice reform plan he introduced this weekend, ahead of his two-day tour of South Carolina.

While other politicians and presidential candidates have also expressed concerns about facial recognition software and how it’s been used, Sanders is the first to specifically call for a ban. He posted his thoughts on facial recognition as well as criminal justice as a whole on his website.

Last year, candidates Sen. Kamala Harris (D-CA) and Sen. Cory Booker (D-NJ) joined others in a letter to the FTC expressing concern over the technology. In that letter, the senators said they were concerned by the mounting evidence that these technologies can perpetuate gender, racial, age, and other biases. As a result, their use may violate civil rights laws and could be unfair and deceptive,” the letter reads.

The letter specifically points to MIT research that shows that facial recognition algorithms are 30% more likely to misidentify dark-skinned women than they are lighter-skinned men. It also referenced an ACLU experiment in which the technology had incorrectly identified 28 members of Congress as people with previous arrests, disproportionately African American and Latino members.

In addition to a ban on facial recognition, Sander’s criminal justice reform plan also asks for a ban on for-profit prisons as well as removes the ability for law enforcement agencies to benefit from civil asset forfeitures.

Last month, a digital rights group, Fight for the Future, made a similar call for a ban on the use of facial recognition software. In its campaign, the group said that “Facial recognition surveillance technology is unreliable, biased, and a threat to basic rights and safety.”

According to Fight for the Future, reports have shown that 98% of the time facial recognition programs identify the wrong individual — those aren’t exactly good odds. The group warns that an incorrect identification could potentially mean that someone is identified and charged with a crime they did not commit.

San Francisco and Sommerville, Massachusetts, have banned the use of facial recognition by police and public agencies.