Home News B4UFLY app for drone pilots gets overhaul, so it should actually work...
News

B4UFLY app for drone pilots gets overhaul, so it should actually work now 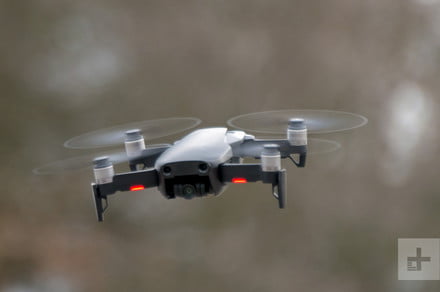 An all-new B4UFLY app has been released by the Federal Aviation Administrations (FAA) to help drone owners fly their machines safely and responsibly.

The original B4UFLY app launched in 2016 but it was heavily criticized for being confusing, slow, and glitchy.

Its poor performance eventually prompted the FAA to call upon the services of drone fleet management software firm Kittyhawk to overhaul the app and come up with something that’s actually worth using.

Available for both Android and iOS devices, the new app lets drone operators check the status of airspace prior to flight to ensure it’s safe to send their bird skyward.

The app presents some of its data in simple-to-understand pre-flight messages that include “Good to Go,” “Warning,” and “Do Not Fly,” and also provides links to relevant educational content, safety resources, and LAANC, the FAA’s Low Altitude Authorization and Notification Capability for obtaining authorizations to fly in controlled airspace.

“Our biggest challenge in rebuilding the B4UFLY app was staying true to a focused scope of airspace awareness,” Kittyhawk marketing chief Steve Roy told Digital Trends. “The new app does the one thing every drone pilot needs to do before every flight: check if it’s safe to fly in the airspace around them. We’ve accomplished that.”

The team is continuing with work to bring additional features to B4UFLY, including new capabilities for weather, Remote ID, and additional data layers for uses in public safety, natural disasters, and emergency response.

“Kittyhawk was the birthplace of manned aviation and we’re proud to continue that legacy of innovation with the new B4UFLY app,” Jon Hegranes, Kittyhawk CEO and founder, said in a release.

“While the Wright brothers had a vast and soft landing area, drone pilots sometimes face complex rules and restrictions that can change quickly. Our goal with B4UFLY is to make knowing when and how you should fly simple, quick, and reliable.”

Time will tell how the drone pilot community reacts to the new app, though it should have little difficulty in surpassing the abysmal 1.5/5 ratings thats its shabby predecessor received in the app stores.