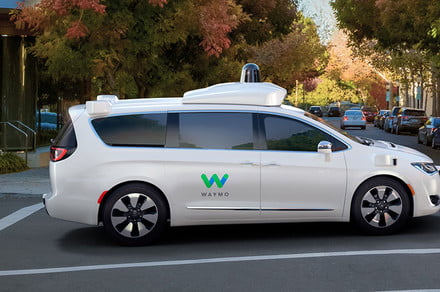 The day when truly driverless vehicles rule the road may be a ways off, but in the meantime companies like Waymo are working diligently on developing robo-taxi services to whisk us quickly and safely across town.

The Alphabet-owned company is already running a limited ridesharing service using its self-driving Chrysler Pacifica Hybrid minivans (with a safety driver) in Phoenix, Arizona, but news last year of it ordering more than 60,000 additional minivans highlights the sheer scale of its robo-taxi ambitions.

In a bid to set its autonomous-taxi service apart from its competitors, Waymo is currently testing free Wi-Fi services for its riders, as well as ad-free music streaming through the vehicle’s speakers via Google Play Music, Reuters reported this week.

Aside from the tech-related extras, it’s also ensuring its vehicles are cooled to 72 degrees to beat the Arizona heat and to ensure maximum comfort for riders from the moment they jump inside. Child car seats, too, are available for folks with little kids in tow.

Waymo is reportedly considering all aspects of the ridesharing experience to see where it can improve on current services. For example, Reuters’ report points out how overly talkative drivers and poor driving skills are common complaints among those using ridesharing services such as Uber and Lyft. With that in mind, Waymo wants to offer a service that’s consistently comfortable and reliable, one where riders feel at ease the moment their journey begins. Indeed, feedback from Waymo riders suggest they’re particularly taken by the predictability of the experience, from the interior set-up to the safe ride.

But Waymo will be aware that Uber and Lyft are also investing in research related to autonomous vehicles, so each company will have to consider carefully what it can offer to rise above the competition.

The quality of Waymo’s current perks may be quickly dismissed by some riders. After all, free Wi-Fi and music streaming may not be a deal breaker if competing outfits offer equally efficient services with fares below those offered by Waymo. Perhaps one of the biggest challenges faced by those operating driverless vehicles has less to do with riders and more to do with residents in testing zones, some of whom are yet to be persuaded of the benefits of driverless cars.