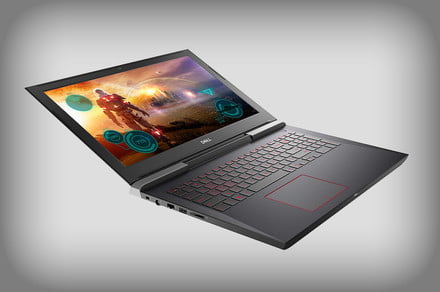 Prime Day 2019 is wrapping up, but if you’re still looking to pick over what’s left of competing sales or you just didn’t have a Prime membership to take advantage of those Amazon deals, the show’s not quite over yet. A number of mid-July promotions from other retailers are still going strong (at least for a little while longer), and this gives you more time to jump on some post-Prime Day deals like the Dell G5 15 mid-range gaming laptop that’s now on sale for an entry-level price.

Most budget-friendly laptops come loaded with 8GB of RAM and entry-level graphics cards like the AM Radeon RTX 570/580 or the Nvidia GeForce GTX 1050/1050 Ti. These aren’t bad specs at all for casual gaming and even for running newer titles at decent settings, but for most gamers, it’s not a bad idea to spend a little more on something like the mid-range Nvidia GTX 1060 and 16GB of RAM.

The Dell G5 15 stands well above most “cheap” gaming laptops with its Nvidia GTX 1060 GPU (which packs 6GB of VRAM, not the weaker variant with only 3GB) and 16GB of RAM, which are going to offer you considerably more power and future-proofing than you’d get with many sub-$1,000 PCs. The Dell G5 also comes with an eighth-generation Intel Core i5-8300H CPU as well as two hard drives: A 256GB SSD for software and a 1TB HDD for storage.

The Dell G5 15 has relatively understated aesthetics for a gaming laptop, too, which is nice for people who don’t like the styling of some others that veers toward garishness. Its 1080p Full HD screen sits at 15.6 inches, a nice size for an everyday PC for work and play. For ports, you’ve got three USB 3, one USB-C, and one MicroSD port, while an HDMI output port allows you to hook up an external display for use as a second monitor.

This mid-level configuration of the Dell G5 15 laptop PC normally goes for $1,099. Around a grand is what you would normally see for a laptop packing a GTX 1060 GPU, 16GB of memory, and two hard drives like this one, but Walmart has it on sale for a very nice discount of $320 off as Prime Day winds down. This knocks this gaming machine down to just $779 while supplies last.