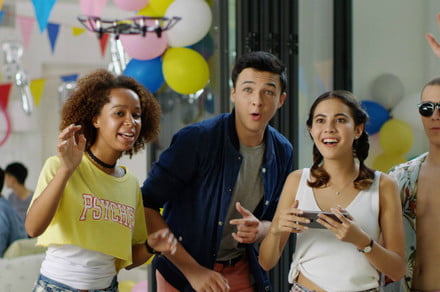 
Most expensive drones in the world

Drone flying is a popular hobby, even despite government regulation and angry neighbors outright shooting at drones, but newcomers might find it daunting to get started, given how expensive drones can be. Thankfully, you don’t need to drop $2000 on a drone with all the bells and whistles; you don’t even need to spend $200. There are some great, functional drones available at $100 or less, and while they may not be the flashiest or the most powerful, they’ll give you a lot of the features you would want in a premium drone.

One of our favorite drones in general, the DJI Tello packs in all the power and features possible while keeping the price under $100. Although it doesn’t come with a controller (you can buy one separately) the Tello is easy to control via smartphone, thanks to its DJI flight controller, and its sturdy frame means that, even if you crash, your drone won’t shatter on the living room floor. You can do tricks and flips with the Tello, and getting it airborne is as simple as just tossing it up. The Tello has a flight distance of up to 100 meters (nearly 330 feet) and a flight time of 13 minutes. In addition to all its flight tech, this quadcopter also sports a 5 megapixel camera capable of shooting 720p video.

At a little under 0.6 ounces, the Nano QX is a petite drone, but a powerful one. Set up is quick and easy, and after charging the battery via USB, the drone gets up to eight minutes of flight time. It’s a great drone for beginners, particularly since you can fly in “agility mode” or a more fail-proof “stability mode.” Even if you do crash, the Nano QX is tough enough to survive probably any impact you’ll put it through. For a beginner who wants a drone that’s easy to fly, with no need for fancy gadgetry like cameras, there’s a lot to love in the Nano QX.

A lot of budget drones go the quadcopter route, but the Parrot Swing takes a radically different form, with X-shaped wings that allow the drone to fly like a plane. The Swing has four propellers and can glide around in quadcopter mode, but when you shift into plane mode, it zips around at a blistering 18 mph. Although it only has a range of 20 meters (65 feet) when controlling with a smartphone, using the Flypad controller boosts it to 60 (nearly 200 feet).

A small quadcopter for the drone enthusiast on a tight budget, the Hubsan X4 is a fun little device that can dart around quickly and even take decent video. At a mere 2.75 x 2.75 inches, the X4 Plus easy to carry around, and its small, light frame is suitable both indoors and out. The X4 includes a controller for intuitive flying, and it has a surprisingly high quality camera given the price range.

Although it’s not the sturdiest drone ever made, the QCopter HD is a good example of what a sub-$100 drone can do. It has a camera that can shoot video, and you can mount your phone on the included remote to watch the video feed. The QCopter weighs eight ounces, making it one of the heavier drones on our list, so maybe don’t fly it overhead at a party. For night flights, the drone has LED lights so you can keep track of it (and put on a show for friends or family).