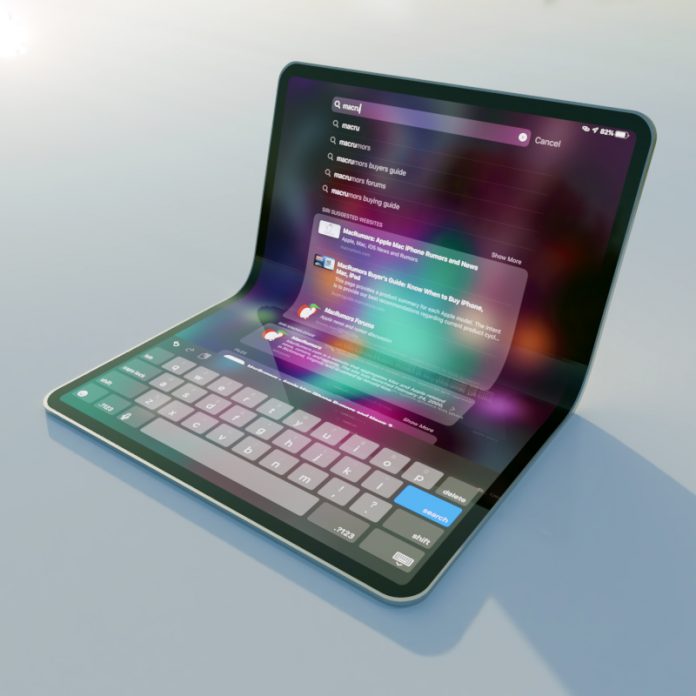 Apple is working on a new iPad with a foldable display to be launched as soon as 2020, according to a sketchy new rumor by IHS Markit analyst Jeff Lin, citing supply chain sources (via Economic Daily News). Many reports have suggested Apple could be interested in foldable devices, but this is one of the first times we’ve heard of a potential foldable iPad.

According to Lin, the 2020 iPad’s screen size will be nearly equal to the current MacBook line, suggesting another iPad in the 12-inch range, similar to the current 12.9-inch iPad Pro. Lin goes on to state that this foldable iPad will also be the first with 5G, creating a tablet with many “business-friendly” features.

As of now, rumors suggest that next-generation iPad Pro models will be released in early 2020, potentially with a time-of-flight rear-facing camera system. This would allow for 3D models to be captured using the tablet and edited with Apple Pencil. Although Apple has been linked to foldable display rumors in the past, the launch of an iPad with a foldable screen as soon as next year appears unlikely.

Reports suggest that Apple’s 2020 iPhones will support 5G networks, and it’s likely the iPhone would get 5G features before the iPad. Prior to Apple’s support of 5G in its hardware, all of the major cellular companies have begun launching 5G test networks in many cities around the country.

In regards to the foldable display, we’ve seen recently that Apple will have to contend with many potential issues if it does release a device with a screen that folds, if Samsung’s Galaxy Fold is any indication. When that device became available to reviewers in April, many serious issues came to light, all sourced from the smartphone’s folding feature.

Samsung eventually decided to delay the launch of the Galaxy Fold and this week finished the redesign of the device, although a final launch date is still unknown.