Home News Samsung, T-Mobile to recycle an old phone for every S10e sold in...
News

Samsung, T-Mobile to recycle an old phone for every S10e sold in the Netherlands 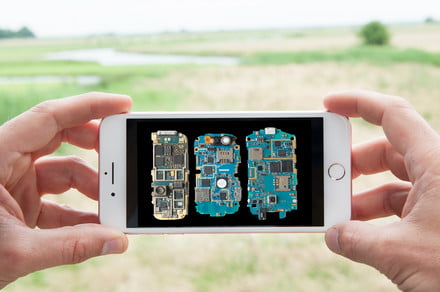 Cell phones already outnumber people by more than 1 billion and manufacturers are set to produce around another 1.5 billion this year alone. Yet only around 25% of the cell phones we throw away are being recycled and that percentage is a lot lower in some places — it falls to around 1% in Africa. A Dutch company called Closing the Loop is trying to boost phone recycling with a simple scheme and it has persuaded Samsung and T-Mobile to try it out.

“The basic idea is that when one of our customers buys a new phone in Europe, we collect a scrap phone that would otherwise not be collected or be recycled, from countries like Ghana and Uganda, and make sure it is properly recycled,” Joost de Kluijver, Director of Closing the Loop told Digital Trends.

Offsetting the raw material footprint of a new phone by recycling an old one is a smart idea and this circularity is what gives Closing the Loop its name. It’s the only company currently active in Africa that’s engaged in scrap phone collection in this manner. After working in the telecom industry selling phones across Africa, de Kluijver saw an opportunity in the mountains of electronic waste he saw there. The challenge was finding a way to persuade telecom companies and large organizations to invest.

“We offer them a very simple first step towards becoming more sustainable,” explains de Kluijver. “Enabling green procurement, which is on the agenda of many large organizations, or for companies like T-Mobile and Samsung a very simple, transparent way to offer green services to their customers.”

The Dutch government has adopted this offsetting concept, so for every device it buys, Closing the Loop will buy and recycle a scrap phone. The aim is to ensure civil servants have material-neutral phones, so they’re compensating for the purchase of new devices. It should prove an attractive proposition for any large organization or multinational with sustainability in mind, because they can sign up for the service and make a tangible difference without having to institute a lot of changes internally.

The partnership with T-Mobile and Samsung is an even bigger coup for Closing the Loop. The companies have agreed to trial the scheme in the Netherlands, where every Samsung Galaxy S10e that Samsung sells through T-Mobile will be offset by the recycling of a scrap phone.

“As the market leader in mobile telecom, it is important that we take our responsibility,” Gerben van Walt Meijer, from Samsung Netherlands said in a press release. “I’m glad this service allows us to contribute even more to a circular economy, together with these great partners.”

Around 90% of the weight of each scrap phone can be recycled, but there are only a few facilities in Europe capable of handling the chemical processes involved. Currently they’re able to extract around 10 to 12 metals and minerals from each phone, but the focus is on things like gold, silver, and copper. There are actually 40 or more different minerals and metals in most phones, including rare earth metals, but many are used in such small quantities that they can’t be recycled economically. Sadly, traditional mining and conflict minerals are still cheaper sources and until proper regulation comes in and prices go up that’s likely to remain the case.

While Closing the Loop currently acts as middle man, buying the scrap phones and arranging for them to be transported to recycling facilities capable of handling them, it hopes to facilitate local recycling in the future, but that would require major investment in Africa.

Awareness of the environmental and human impact of the smartphone industry has grown in recent years, and companies like Fairphone have tried to offer an alternative vision that’s more sustainable, but success in changing the way we buy phones or the habits of manufacturers has been modest. Most people don’t want to be guilt-tripped about their smartphone, or they feel helpless to do anything about it, and so they just switch off.

“We’re trying to step away from the negative framing because it doesn’t work,” says de Kluijver. “The telecom industry is really good at telling great stories. If we can use that strength and marketing power for a positive purpose to show what you can do to contribute to more recycling — not why you have to, or why it’s your responsibility — just the positivity of doing more to make this industry sustainable, then we can get the telecom industry on board.”

The scheme adds less than 1% to the cost of a phone — between 3 and 5 euros on average (which is around $3 to $6) — a cost that’s being picked up by T-Mobile and Samsung with the S10e pilot. Much depends on how this initial campaign goes. T-Mobile will be advertising the phone offsetting as part of its sales story, giving it a potential edge and a way to differentiate itself from other carriers, which is increasingly tough in the phone market. Samsung also understands the potential PR benefit here as it seeks to connect and resonate with customers. If they feel a benefit, then both are well-placed to roll the scheme out on a much wider basis.

In the meantime, with a small staff in the Netherlands and a network of collectors across Africa, Closing the Loop is seeking more partners and is ready to sign up interested companies today.

“We’ll continue spreading the concept of offsetting, and aiming to get our mission within reach, which is really that the telecom industry becomes waste free,” says de Kluijver. “But that’s definitely not something we can do ourselves.”

There’s an opportunity here for manufacturers, distributors, resellers, and refurbishers to support much-needed progress in the cell phone industry, making themselves more attractive and helping Closing the Loop scale up in the process — it could be mutually beneficial.

Closing the Loop is also working to promote the “urban mined” metals it is extracting from old scrap phones as new, unique materials.

“It would be really cool if these metals could be used to produce new phones,” suggests de Kluijver. “And then you get real circularity.”

The first app that takes advantage of the Exposure Notification API developed by Apple and Google has launched in Switzerland,
Read more
News