Rejoice, the fabled 16-inch MacBook Pro could launch in October 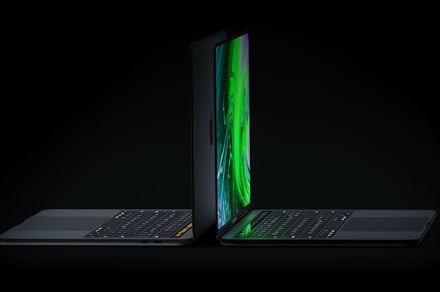 Apple’s long-rumored 16-inch MacBook is coming in October, according to supply chain sources cited by the Economic Daily News (EDN) via MacRumors.

The EDN report says the 16-inch MacBook Pro will feature a 3,072 x 1,920 resolution made by LG. This is noteworthy because it backs up an earlier report from IHS Markit, which also claimed the display would be a product of LG’s factory.

However, the report from IHS Markit predicted a September launch date for the 16-inch MacBook Pro, while EDN pegs it for an October launch. That may not be as much of a discrepancy as you’d expect – it’s hard for supply chain sources to predict exactly when products will drop, and Apple often hosts events in both September and October.

The 16-inch MacBook Pro is expected to replace Apple’s current 15-inch MacBook Pro, or at least sit alongside it as a new high-end choice. It is rumored to come with an all-new design that has a similar footprint to Apple’s 15-inch laptop but with thinner bezels, thus allowing for a larger screen.

However, given that there would be a mere three months between Apple updating its entry-level 13-inch MacBook Pro in July 2019 and unveiling new 13-inch models in October, we find the timing a little odd. Apple refreshed its other 13-inch MacBook Pro laptops in May 2019, which would give around five months until the touted October update. As MacRumors pointed out, Apple has refreshed the same product twice in one year only once before in the Retina era — back in 2013.

The MacBook Air was also updated in July, which saw it gain True Tone functionality for its Retina display. With a relatively minor change like that, a processor bump in October seems plausible. Could we even see it launch with the new 10th-gen Ice Lake processors from Intel?

It’s also worth noting that the ever-reliable Ming-Chi Kuo has predicted that a new MacBook Air will launch later in 2019 and will get scissor-switch keys instead of Apple’s troubled butterfly keyboard. It’s unclear if EDN’s sources also predict an Air sans-butterfly keyboard, but it would mark a dramatic about-face for the tech giant. Time will tell.