Home News Prepare for liftoff! Here are all the moon missions happening in the...
News

Prepare for liftoff! Here are all the moon missions happening in the next decade 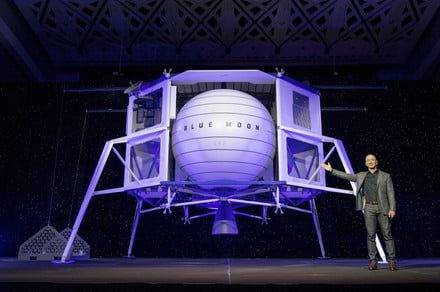 This article is part of Apollo: A Lunar Legacy, a multipart series that explores the technological advances behind Apollo 11, their influence on the modern day, and what’s next for the moon.

The moon is hot right now — and this isn’t some meteorological warning, either. Earth’s natural lunar satellite is the same approximate temperature it has always been, varying between minus-280 degrees Fahrenheit and 260 degrees Fahrenheit, depending on how much sun it’s getting. In terms of buzzworthy hotness, however, the moon is currently enjoying press like it hasn’t seen since the early 1970s.

Fifty years after Apollo 11 first put astronauts on the moon, we’re going back, as the next 10 years are poised to be the most significant in lunar history in, well, decades. What have we got to look forward to? Check out our handy guide.

The biggest moon-related news on everyone’s mind right now is the announcement, made by U.S. Vice President Mike Pence earlier this year, that President Donald Trump has directed NASA to commit to sending American astronauts to the moon by 2024. This would be the first time that people have walked on the moon since Eugene “Gene” Cernan and Harrison “Jack” Schmitt, the crew of Apollo 17, in December 1972. It will also be the first time a female astronaut has landed on the moon, if all goes according to plan.

While questions have been raised about how feasible the deadline is, the Artemis mission has nonetheless generated plenty of excitement. Two of the major developments that will get us to the point of launch include the completion of NASA’s much-delayed rocket, the Space Launch System (SLS), and the development of a small space station, Gateway, which doesn’t yet exist.

There’s a whole lot more work that needs to be done, though the pieces are slowly but surely moving in the right direction.

It’s not exactly next-day delivery, but Amazon CEO Jeff Bezos wants to help place humans back on the moon by 2024. His aerospace company Blue Origin, which has been working toward a lunar landing for the past three years, unveiled a mock-up of his proposed Blue Moon lander in May. “It’s time to go back to the Moon, this time to stay,” Bezos said at the time.

In June, the company carried out a test firing of Blue Moon’s BE-7 engine, the propulsion system designed to make it all possible. It’s unclear whether Blue Moon will be its own independent mission or if it will be rolled into NASA’s launch. Bezos has said he would be happy to assist NASA with its 2024 moonshot.

If that plan goes south, though, we wouldn’t put it past Bezos to stage his own launch. Hey, future lunar settlers are going to need Amazon Prime, too.

The name might make it sound faintly like an angst-ridden, young-adult novel, but the #dearMoon project has the potential to make serious waves when it takes place. A lunar tourism mission financed by a Japanese billionaire, the mission aims to send a small crew on board a SpaceX spacecraft on a multiday, circumlunar trajectory.

Financer Yusaku Maezawa plans to make the trip with several artists in tow. First Man and La La Land director Damien Chazelle is the first (and currently only) official invitee. The flight will occur no earlier than 2023.

A Chinese robotic research station located on the moon’s south pole within the next decade? Hey, it could happen. The Chinese Lunar Exploration Program has been working toward this goal for some time, and has even planned a set of launches to make it a reality.

Upcoming missions Chang’e 6, 7, and 8 are planned to launch between 2023 and 2027. The first, Chang’e 6, will carry out an investigation of the topography, composition, and surface conditions of the proposed site. Chang’e 7, set to launch shortly after, will explore the south pole for possible resources. Chang’e 8 will then attempt to 3D print a structure using these on-site resources. At least two of these missions will also include lunar rovers.

India gets in on the action

With the U.S., China, and assorted private companies competing to lay claim to the moon, lots of people have forgotten about India’s space ambitions. As the world’s second-largest country by population — it lags only behind China — India has imminent designs on lunar missions. This month, its unmanned Chandrayaan-2 mission will launch, with the goal of exploring the uncharted south pole for possible signs of water.

A second mission, Chandrayaan-3, is planned for sometime around 2024. This mission, a collaboration between Japan’s JAXA space agency and the Indian Space Research Organization (ISRO), would deploy both a lunar rover and lander to aid further exploration.

Russia may not be the space technology leader it was in the Sputnik era, but it’s determined not to be left out of the current moon-mania. According to Dmitry Rogozin, head of Russia’s state space corporation, the country is working to develop a “Super Heavy” booster capable of delivering 27 metric tons to lunar polar orbit.

It’s also got an eye on a possible rover mission called Luna 28 that’s set to launch sometime around 2025. Comprised of a stationary lander and lunar rover, the idea would be to collect samples for return to Earth. It’s possible that NASA will be a partner for this mission. Meanwhile, an orbital module will remain in lunar orbit for several years.

There’s even talk of crewed flights to lunar orbit in 2029, complete with an inflatable base module. That’s still a few years out, but it’s yet another reminder that no country wants to be left out of the current lunar enthusiasm. And speaking of which …

In April, Israel’s attempt to land on the moon ended in failure. The Beresheet spacecraft, launched as part of a $100 million mission, crashed to the lunar surface as it was attempting to touch down. Organized by Israeli nonprofit SpaceIL, the privately funded mission almost certainly won’t be the last we hear of Israel’s lunar plans, however.

With Peter Diamandis, founder of the Google Lunar X Prize — a contest for privately funded teams to land on the moon, which ran through 2018 — saying that SpaceIL will be awarded $1 million to continue its work, development toward Israel’s first moonshot will continue. “If at first you don’t succeed, you try again,” said Israeli Prime Minister Benjamin Netanyahu. No date has been announced for a second attmpt, but it’s certainly possible that it happens within the next decade.