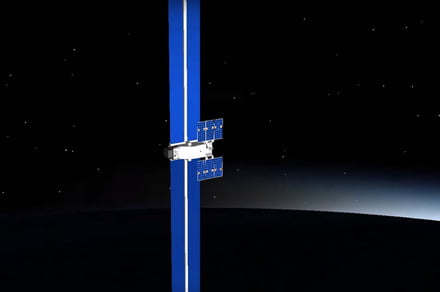 NASA funded the demonstration of a technique that will 3D-print spacecraft components in space, which the agency believes will help its mission to send astronauts to the Moon and then to Mars.

NASA awarded a $73.7 million contract to California-based Made in Space to demonstrate how a small spacecraft named Archinaut One will manufacture and assemble parts while in low-Earth orbit. The spacecraft is expected to launch on a Rocket Lab Electron rocket from New Zealand in 2022 or later.

As seen in the video that was uploaded by NASA, once Archinaut One is positioned, it will 3D-print two beams that will extends about 10 meters (33 feet) from each side of the spacecraft. The beams will then unfurl a pair of solar arrays, which will be able to generate as much as five times more power compared to traditional solar panels on similarly-sized spacecraft.

Made in Space has already 3D-printed beams in 2017, but that was in a NASA facility that simulated space conditions. The new demonstration will be much more challenging, as in addition to sending Archinaut One into real space, there will be no human support available if something goes wrong.

“In-space robotic manufacturing and assembly are unquestionable game-changers and fundamental capabilities for future space exploration,” said NASA’s Space Technology Mission Directorate associate administrator Jim Reuter.  “By taking the lead in the development of this transformative technology, the United States will maintain its leadership in space exploration as we push forward with astronauts to the Moon and then on to Mars.”

NASA believes in the potential of the technology, which may provide benefits like in-space construction of complex structures such as communications antennae and large-scale telescopes, deployment of large surface area power systems and reflectors from small satellites, the elimination of spacecraft volume limits as imposed by rockets, and the reduction of the need for risky spacewalks.

This is not the first time that NASA was enamored by application of 3D printing technology. Earlier this year, an integrated recycler and 3D printer named the Refabricator was installed at the International Space Station to turn recyclable plastics into 3D printable material. NASA also continued its 3D-Printed Habitat Challenge, for the homes that the first astronauts on Mars will live in.