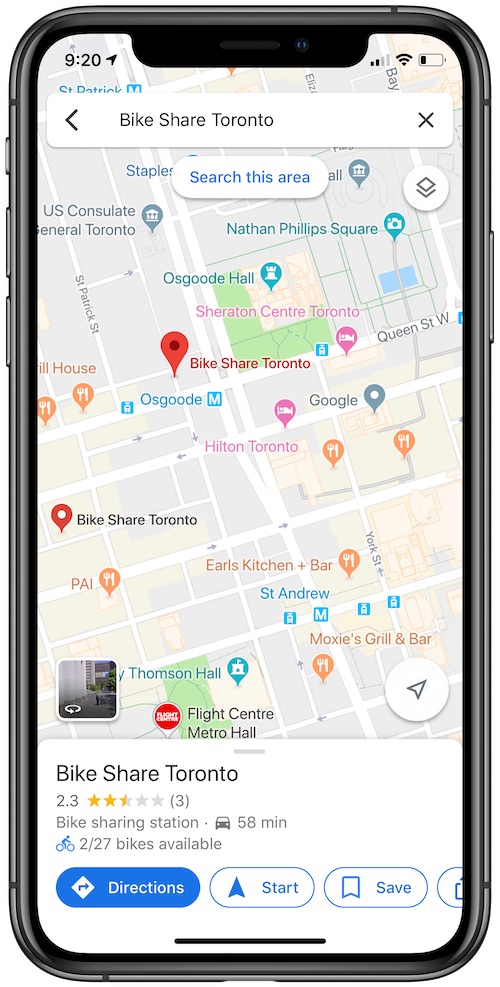 Google Maps this week expanded real-time bikesharing information to 23 additional cities in 16 countries around the world.

In these cities, users can now locate bikeshare stations and pinpoint how many bikes are available near them in the Google Maps app for iOS or Android. Users can also find out whether there are empty spaces at bikesharing stations.