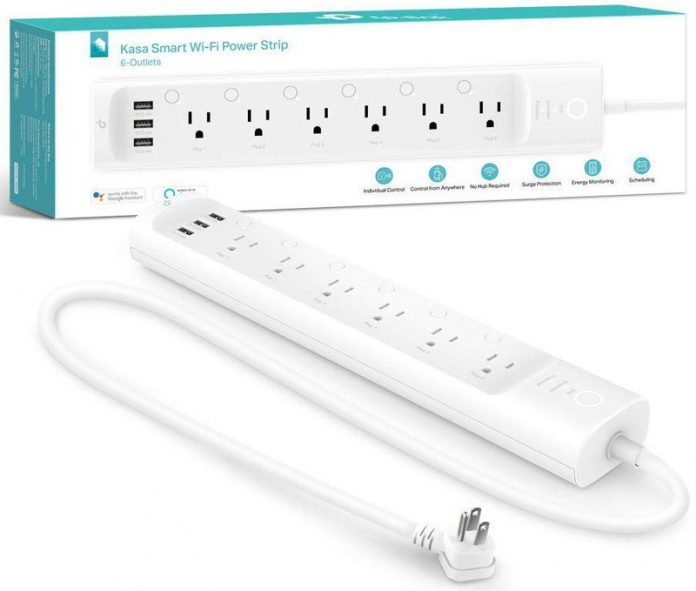 With all the gadgets and devices we own today, we want to make sure we protect them from any surges or spikes that may occur. Electronic devices can be expensive to replace, so why not purchase a ‘middle man’ to absorb any extra charge that may pass through the circuit. We’ve rounded up a bunch of smart surge protectors that offer more than just surge protection. 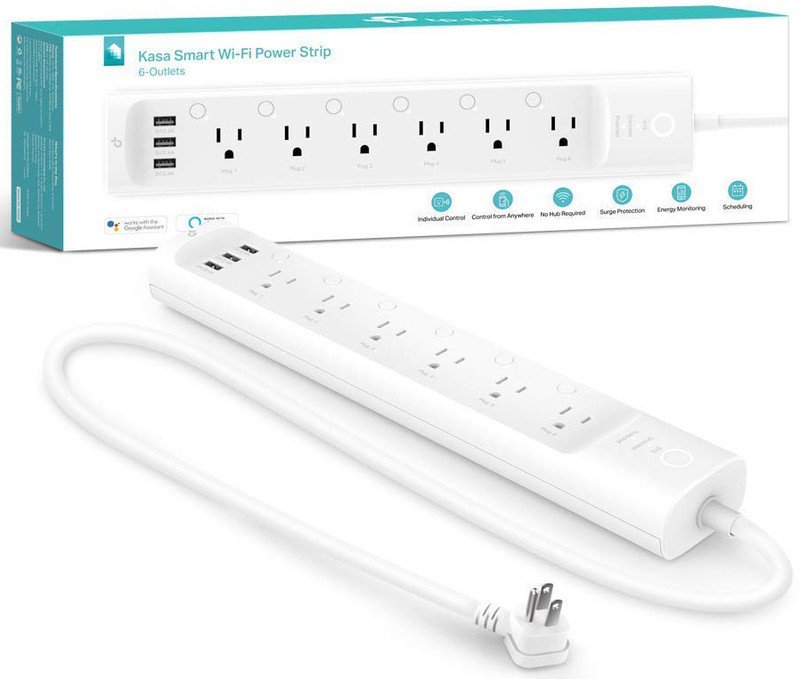 The Kasa Smart Power Strip has six outlets and 3 USB ports. You can control each of the six outlets independently with the Kasa Smart App. You can even set a time for when an outlet turns on or off. Voice commands can be used with Alexa, Google Assistant, or Microsoft Cortana to control any device connected to the power strip. 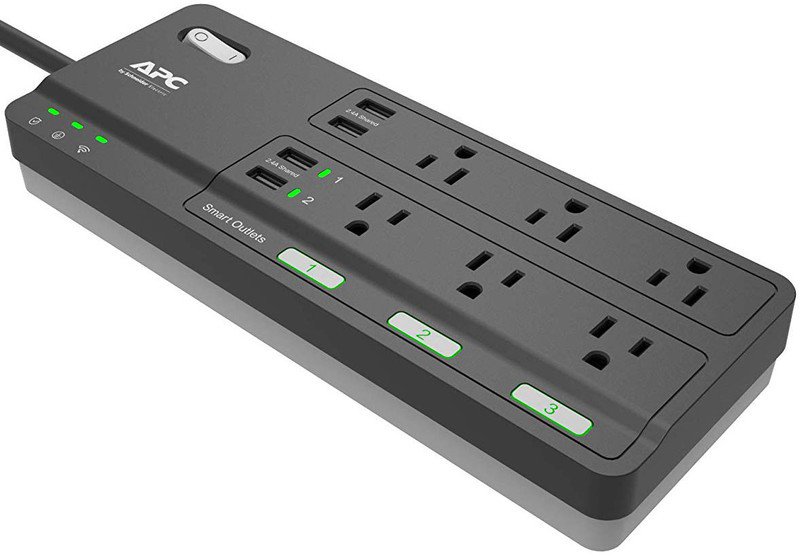 This surge protector from APC has six outlets in total. Three of them have smart capability meaning any devices plugged into those outlets can be controlled via the APC Home app or by voice through Amazon Echo. There are also 4 USB ports, two of which are smart ports that you can manage through the app. 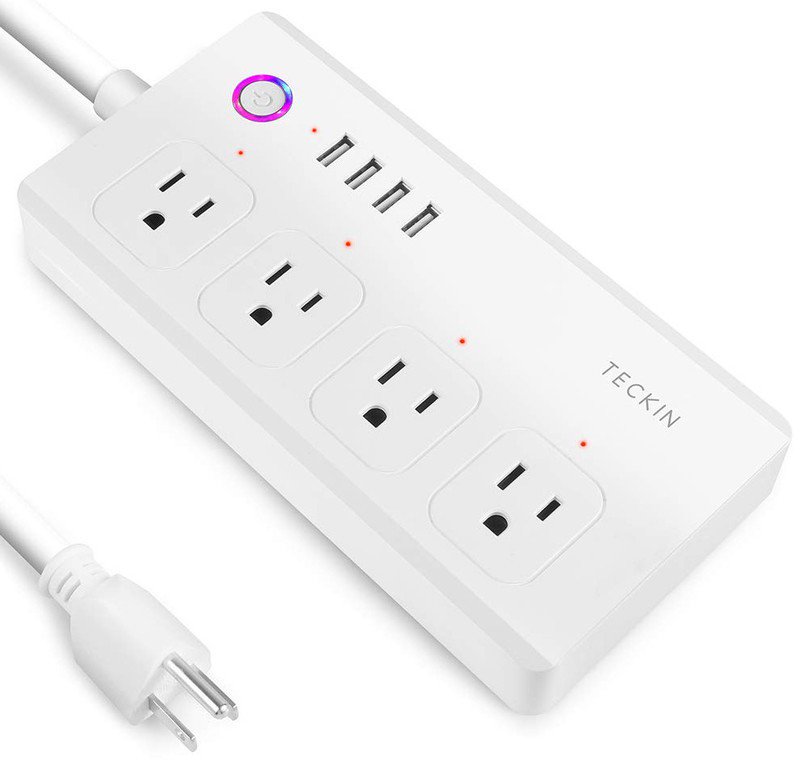 This power strip is compatible with the Amazon Echo and Google Home. A free app can be downloaded to give you control of each outlet. You can schedule times to switch outlets on or off even when you are not at home. As well as time schedules, there is an option to set a timer to an outlet too. If you use IFTTT, this power strip also compatible. 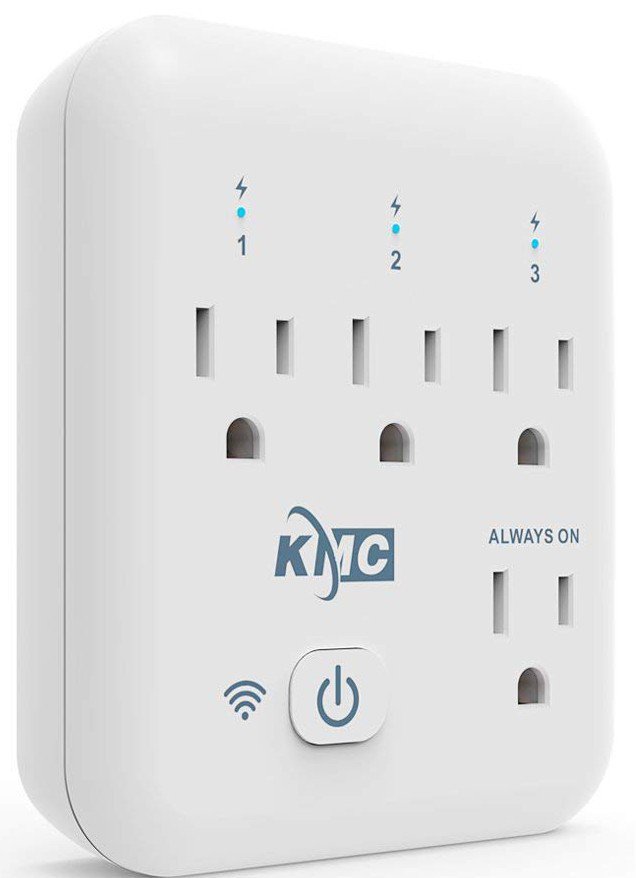 The design of this surge protector means it’s ideal for wall mounting. It has four smart outlets, one of which is ‘always on.’ The other three outlets can be individually controlled through the KMC Smart app. Those same three outlets each have an LED so you can see at a glance if the outlet is on or not. 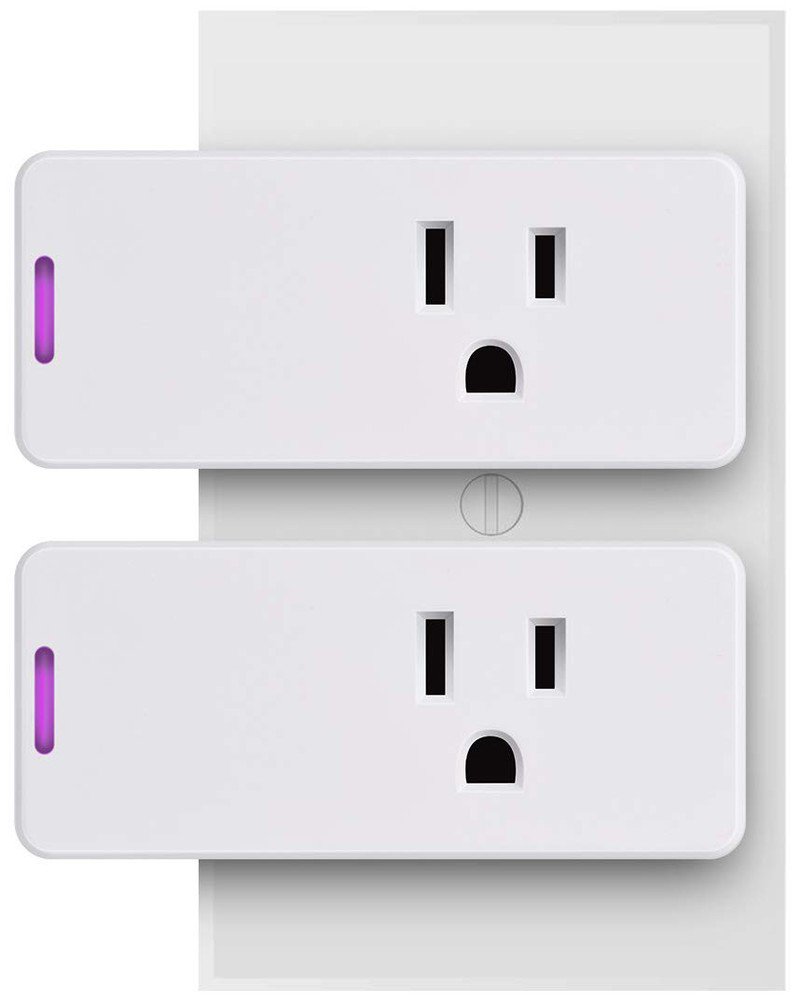 If you want a surge protector to dot around your house, then a smart surge plug might work better than a power strip. These smart plugs from POWRUI have a joule rating of 1080 and are compatible with Alexa and Google Assistant. Each socket can be controlled via the Smart Life app, which is free to download. You can set a timer on the plugs or schedule times when you want the plugs to switch on. 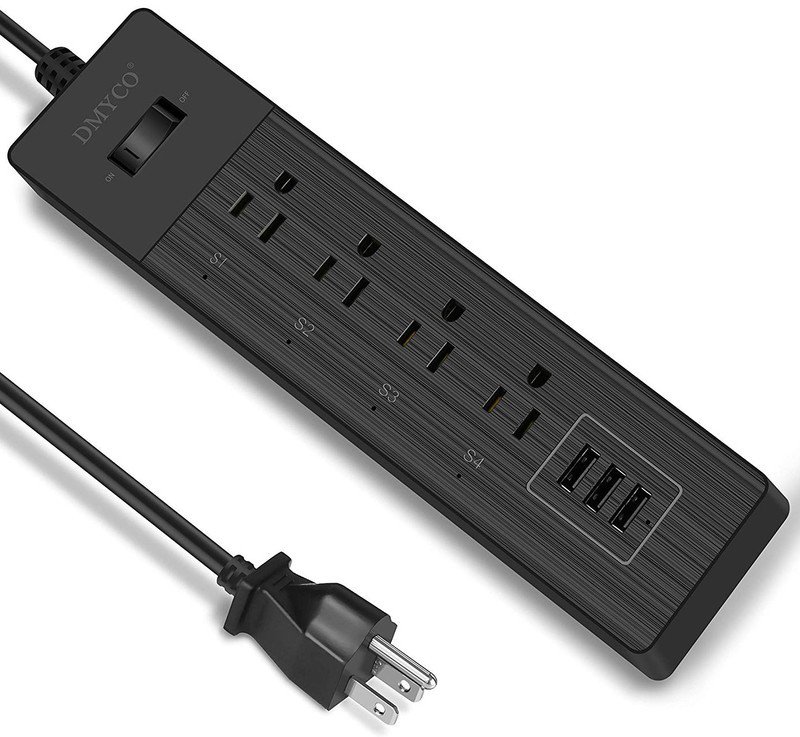 This strip has four outlets and 3 USB ports, each can be controlled through the Smart Life app. It is also compatible with Amazon Echo and Google Home. There’s an overload protection switch if the strip ever trips, a 6 feet cord, is fireproof and can be mounted onto a wall. The three USB ports are fast charging, giving you the best charge time for a specific device.

Which one comes out on top?

For a reasonable price, the Teckin Smart Power Strip is a top choice. It has WiFi allowing you to connect to it via the Smart Life app. With the app, you can schedule times to switch outlets off or on. You get four outlets and 4 USB ports, a healthy amount of sockets to plug your devices into. It’s perfect for the living room or office. There’s voice control with it being compatible with Amazon Echo and Google Home. There’s also the option to use IFTTT too, giving you the ability to automate actions.

If you want to protect your gadgets around your home, then the POWRUI Smart Plug is perfect. It is a single plug that gives you surge protection as well as smart controls. With the free app, you can set a timer on outlets or schedule on/off times for each socket. You can even control outlets when you’re not at home. It has a 1080 joule energy rating, protecting your device from spikes and surges.