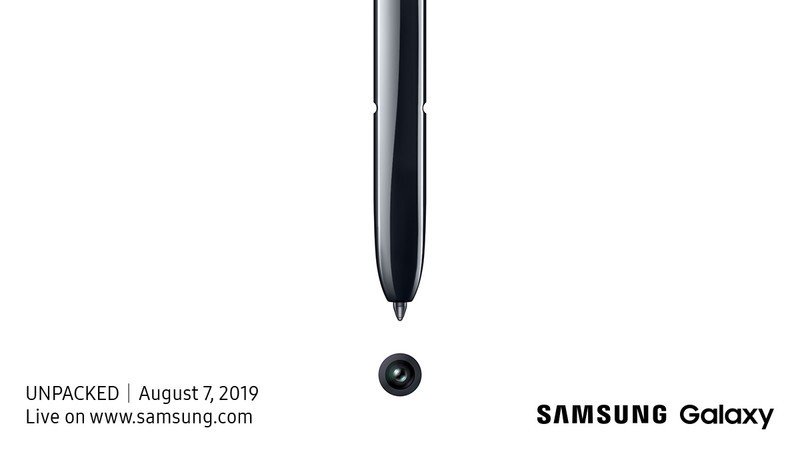 Samsung is returning to the launch venue for the Galaxy Note 9, Barclays Center in New York, to announce its latest stylus-toting flagship, the Galaxy Note 10. Samsung sent out a dead-simple invite prominently displaying the business end of an S Pen on a stark white background, as if there would ever be confusion over what an August Samsung launch event would entail.

It sure seems odd to highlight a display cutout on an event invite.

The invite also all-but-confirms a centered hole punch-style display cutout for the Note 10, though every single leak we’ve seen already told us that. There’s a single small camera shown on the invite that stands alone in the center of the frame, which doesn’t leave much left to the imagination on what it is or where it could be. Though it sure feels like an odd thing to highlight in an invite, as opposed to perhaps showing more of the S Pen or an expected multi-camera arrangement on the back. Samsung actively tried to hide the Galaxy S10’s camera cutout with clever stock wallpapers, and simply moving the cutout to the middle isn’t much to boast about.

If Samsung continues to follow a similar timeline as previous flagship launches, an August 7 launch would likely be followed by pre-orders shortly after and retail availability the week of August 19. Chances are we can expect healthy pre-order incentives once again as well, and that’ll be a welcomed sight as we can also expect a price tag north of $1000. Time to start saving — the launch is just over a month away.