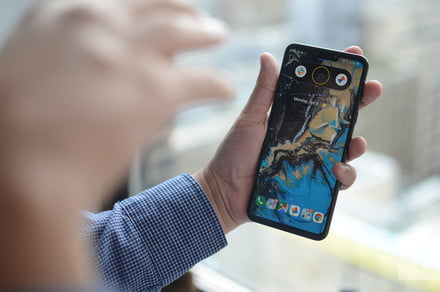 Amazon’s own phone-selling initiative has been through some serious changes since it began. Originally launched under the Prime Exclusive banner, Amazon offered significant discounts on certain phones in exchange for lock screen ads and targeted advertisements. Amazon eventually did away with the ads, but kept the strong discounts and automatic access to Amazon products like Prime Video, Prime Music, and more.

But now, Prime Exclusive Phones aren’t Amazon’s only direct phone sales. While Amazon has confirmed to Digital Trends that Prime Exclusive Phones will continue for now, it seems most of those phones have moved to the new “Alexa Built-in” brand. Alexa Built-in phones have a strong connection to Amazon’s voice assistant, and they all have the ability to quickly access Alexa to listen to music, turn on smart lights, and a range of other actions.

Looking for a flagship phone to complement your burgeoning range of Echo devices? Then look no further than the LG G8 ThinQ with Alexa built-in. It’s got a lot to offer outside of the Alexa integration, including this year’s flagship, the Snapdragon 855, 6GB of RAM, and a hefty 128GB of internal storage. The huge 6.1-inch OLED display is absolutely stunning, even with a notch, and while the phone’s overall design could be written off as generic, the Raspberry Red option on T-Mobile easily makes up for it. The camera is good too, with some excellent new video features. But it’s not perfect — the new Air Gestures technology is gimmicky, the battery life is a little lacking, and if we’re honest, it’s a little expensive at $850. But if you love LG’s G-range and Alexa, this is a great fit.

As above, see below. The LG V35 ThinQ may look identical to the G8 ThinQ above, but there are some telling differences that set LG’s 2018 flagship phone apart. Firstly, the 6-inch OLED display comes without a notch, making the V35 the LG phone of choice for notch-haters. Secondly, it’s not as highly powered as this year’s G8, and uses the Snapdragon 845 instead. Still, that’s easily more than enough power for every task, and there’s enough pure grunt to see you through the next few years with ease. The camera is admittedly a little disappointing in low light, but it’s still great in many other scenarios. The V35’s audio capabilities are excellent, and the battery will see you through a day fairly well. But the biggest difference is in price — you’ll be able to grab the V35 for a paltry $650, making it $200 cheaper than its newer sibling.

Love the Moto Mods system and looking forward to 5G? Then the Moto Z4 should be of interest. It comes with a huge 6.4-inch OLED display, an attractive bezel-less design, and the ability to snap on any of Motorola’s large range of Moto Mods — including the new 5G Mod, making this one of the first phones with access to 5G phone networks. Despite not offering a flagship processor, the Z4’s Snapdragon 675 processor provides excellent performance, and the stock Android 9.0 Pie software is a welcome addition. There’s a massive 48-megapixel lens on the back of the phone, joined by a similarly huge 25-megapixel selfie lens. A 3,600mAh battery also gives a solid day’s worth of battery life. Best of all, the $495 price also includes the Moto 360 camera.

If you’re interested in Motorola’s Moto Mods, but don’t like the cost associated with flagship phones, then the Moto Z3 Play should be of interest. It comes with a huge, 6-inch AMOLED display (running a 2,160 x 1,080 resolution), it’s super-thin, and it features the decently powerful midrange Snapdragon 636. There are two camera lenses on the back of the phone — a 12-megapixel lens and a 5-megapixel lens — and they’re pretty capable for a midrange phone. The battery is the real standout here, and we reckon it will echo the Moto Z2 Play‘s two-day battery life. Finally, it’s compatible with Motorola’s entire range of Moto Mods, and even comes with an Amazon-exclusive power pack for just $400.

Motorola’s G-range almost always wins a spot on our list of the best cheap phones, and 2019 is no different. The Moto G7 is a straight upgrade to the Moto G6, and it shows. It’s a big budget beauty, with a curved glass back, shiny metal frame, and a small teardrop notch as the only blemish on the 6.2-inch LCD display. It’s powered by the Snapdragon 632, 4GB of RAM, and 64GB of onboard storage. Performance is good, and there’s also the latest Android 9.0 Pie operating system. The 3,000mAh battery should last a day — just — though the USB-C port and TurboPower charging allows you to juice up in no time at all. It’s not perfect, of course — there’s no NFC for Google Pay, and the paired 12-megapixel and 5-megapixel rear-facing lenses are a little disappointing. Still, it’s a great phone for $290.

2019 saw four Moto G phones launch, so it’s entirely forgivable if you missed one or two. But the Moto G7 Power is absolutely worth checking out. It’s the middle child of the G7 range, with strong performance, a large 6.2-inch LCD display, and sleek software. But “Power” doesn’t refer to performance — it refers to battery life, and with an enormous 5,000mAh battery that easily lasted two days on a single charge. The camera may not be great, and the display is a paltry 720p — but if you want an extremely long-lasting phone for just $250, then look no further.

The Moto G7 Play is the cheapest in Motorola’s 2019 range, but you really shouldn’t ignore it if you’re looking for a reasonably priced phone. Despite costing only $200, the G7 Play offers good performance, great battery life, and although it won’t challenge any of the best camera phones, it also has a solid camera suite too. Though there’s a large notch, the 5.7-inch IPS LCD display still looks good, even though it’s just a 720p resolution. You’re likely to get Android Q on the Play, though you’re not likely to get any major updates after that. Still, for just $200, it’s hard to make a better choice than this.

The Moto G6 may be one of our favorite budget phones, but don’t discount the Moto G6 Play. You’ll find the same 5.7-inch screen as the G6, though it’s running a lower 720p resolution and a lower-powered Snapdragon 430 inside. It can be a bit sluggish, but if you’re not the sort of power user who bogs their phone down with big apps and games, then the processor, 3GB of RAM, and 32GB of storage should be fine. The camera struggles in low light, but that’s par for the course for phones around this price and the two-day battery life more than makes up for it. At only $190, this is an excellent phone for someone who needs a decent option on a budget.

Facebook
Twitter
Pinterest
WhatsApp
Previous articleMars 2020 rover enters its final year of engineering before launch
Next article4K is too hard and 1080p looks dull, so where are all the 1440p gaming laptops?