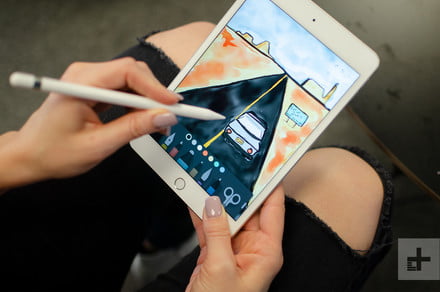 Even among those who favor Windows and Android tech, there are few who deny that Apple still makes the best tablets in the game. It wasn’t the first of its kind, but the iPad is the one that put tablet computers on the map, and Apple continues to roll out these excellent devices: Last year saw the release of the excellent 6th-generation iPad along with a new refresh of the iPad Pro, while 2019 witnessed the launch of new iPad Air and iPad Mini models.

One nice thing about iPads, particularly the standard one (which is still our favorite of the bunch), is that they aren’t terribly expensive compared to other brand-name tablets. The same can’t be said for MacBooks and iPhones, to name just two examples of how pricey Apple stuff can get. These early Prime Day deals make now an even sweeter time to grab an iPad, and we’ve highlighted the best ones below – and to make things even better, you don’t need even a Prime membership for these.

It seems like the 2018 9.7-inch iPad has been on sale for virtually all of 2019 so far, and given that it’s our most highly recommended tablet, that’s hardly a bad thing. Even with the other Prime Day deals going on, it’s never a bad time to grab the 6th-gen iPad at a discount if you don’t want the extra capabilities (not the mention the bigger price tag) of something like the iPad Air or iPad Pro.

Although newer releases like this year’s iPad Air have closed the gap between the more “standard” iPads and its high-end model, the premium iPad Pro is still Apple’s top tablet and the 2018 refresh is best one we’ve ever seen. It’s powerful, it’s versatile (especially when paired with a Bluetooth keyboard like Apple’s Smart Keyboard Folio), and it’s simply gorgeous.

Apple released the new iPad Air earlier this year without much warning, and it’s fantastic. It’s so good, in fact, that it almost makes you wonder whether the Pro is still worth the extra money. The 2019 iPad Air has a 10.5-inch Retina display like the 2017 iPad Pro along with beefed-up modern hardware and a number of new features, like Smart Keyboard support, that were formerly reserved for the Pro line.

The iPad Air is a great “middle option” between the standard iPad and the iPad Pro for users who want something a little bigger and more powerful, but for whom the Pro might be overkill. Amazon and Walmart have it on sale for $469, the same as the 2017 iPad Pro (although between these two, the Air gets our stronger recommendation).

The iPad Mini is arguably the red-headed stepchild of the Apple tablet family, but this little device has its dedicated fans and you can count us among them. It has the great build and display quality you’d expect from Apple, but the iPad Mini also punches well above its weight in the hardware department and is a very capable device despite its small, handy size (the screen measures just 7.9 inches diagonally) that’ll have you carrying it with you everywhere.

Like the new Air that it was released with earlier this year, the 2019 iPad Mini is also reasonably priced at $384 from Amazon and Walmart right now – still a fine deal for such a good piece of Apple kit, even if it’s not at a discount.