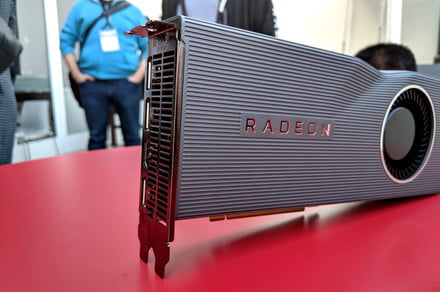 AMD’s RX 5700 graphics cards face stiffer competition than anyone expected after their Computex reveal, with Nvidia’s new Super GPUs seeming to swoop in at the last minute to undercut and outperform AMD’s first truly new cards since 2017’s Vega. But rumors of a new price cut in the red camp could make AMD’s new cards hotly competitive with Nvidia’s new best, in what appears to be a back-and-forth game of leapfrog brinkmanship.

Nvidia and AMD have gone back to back with graphics card teases and announcements in recent months, with Nvidia dropping a “Super” teaser video just before AMD’s Computex unveiling of its Navi, or rather, RDNA-powered Radeon 5700 and 5700 XT graphics cards. Clearly planned to disrupt AMD’s debut, Nvidia’s new Super cards made their own in early July, following a more in-depth 5700 reveal at E3. With added performance and a competitive price, these new Super cards seemed to torpedo AMD’s upcoming launch before it had even gotten started.

But that may no longer be the case, as AMD may hit back with another shake up of its own. Videocardz claims that two separate sources have informed it of an impending price cut to AMD’s 5700 and 5700 XT. By how much, we don’t know, but a drop from $380 and $450 to $350 and $400 wouldn’t be beyond the realm of possibility. That would certainly make the new AMD cards more attractive purchases if AMD performance claims ring true.

Not only would this keep AMD in the midrange game on the ever-shifting bang for buck scale, but it would represent the (presumably) final move in a game of (4D?) chess that both companies have been playing in recent months.

A cynical stance on Nvidia’s new Super graphics cards could easily conclude that the refresh is more of a GPU reshuffling and rebinning which could quite easily have been in place since Turing’s original launch in 2018. You might conclude that it held on to this additional few percent points of performance headroom as a counter to whatever AMD had planned next. The original Super tease would certainly suggest as much. As did the eventual unveiling of performance and pricing after we all learned what the new RDNA cards were capable of.

But with a potential new AMD price cut coming down the pipeline, we have to ask the question, did AMD plan this out too? It must have known that the Super reveal would look to steal Navi’s thunder, so could it have held back on final pricing to the last hour to force Nvidia’s hand?

We’ll have to wait just a little longer to find out for sure. Videocardz claims that the pricing change is embargoed until July 6, with the launch of the actual GPUs themselves set to take place on Sunday, July 7. But if this price cut proves to be real and AMD’s performance claims for the cards prove true, the RX 5700 series could be a more cost-effective solution than Nvidia’s new Super GPUs.