Home News When it comes to robot vacuums, this one is a clean sweep
News

When it comes to robot vacuums, this one is a clean sweep 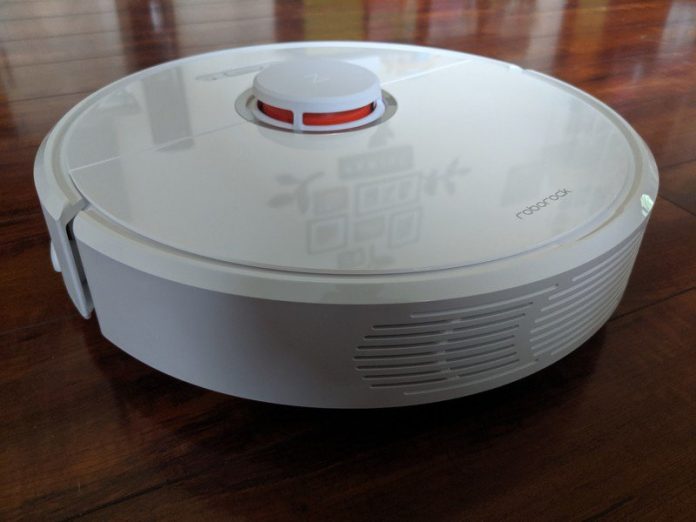 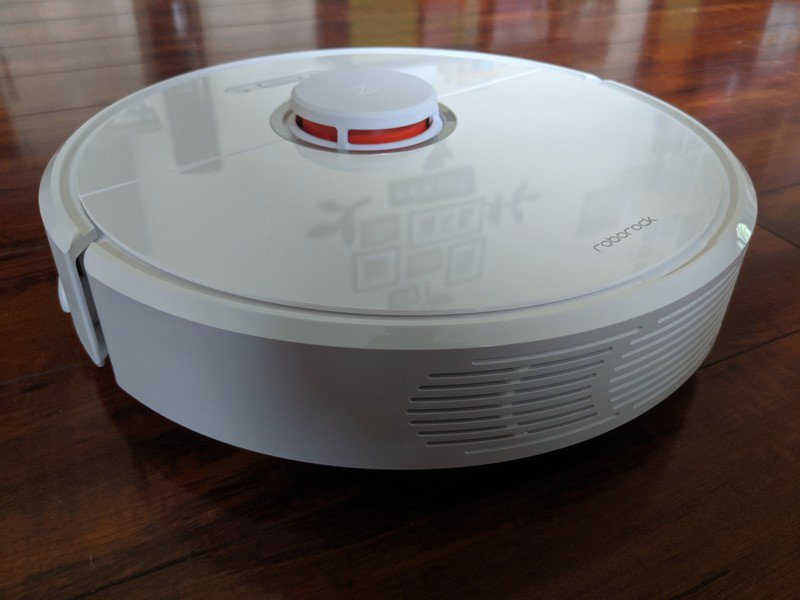 Before using the Roborock S5, it’s hard to say if I ever really knew what owning a good robot vacuum was all about. Sure, I’d had my fair share of early-model Roombas and some other cheap no-name models, but it was the S5 that truly showed me what high-quality was all about.

Fast forward seven months to when the Roborock S6 arrived on my doorstep. The S6 takes all of the great things from the S5 that I love and makes them even better. From the packaging to the updated charging base to the overall design — it’s all truly better here.

The S6 brings along the big features where it counts. In addition to being able to clean faster and more quietly than its predecessor, the S6 can clean specific rooms, do it more efficiently, and has what Roborock says is enough suction to pick up AA batteries (I tried, it works!). 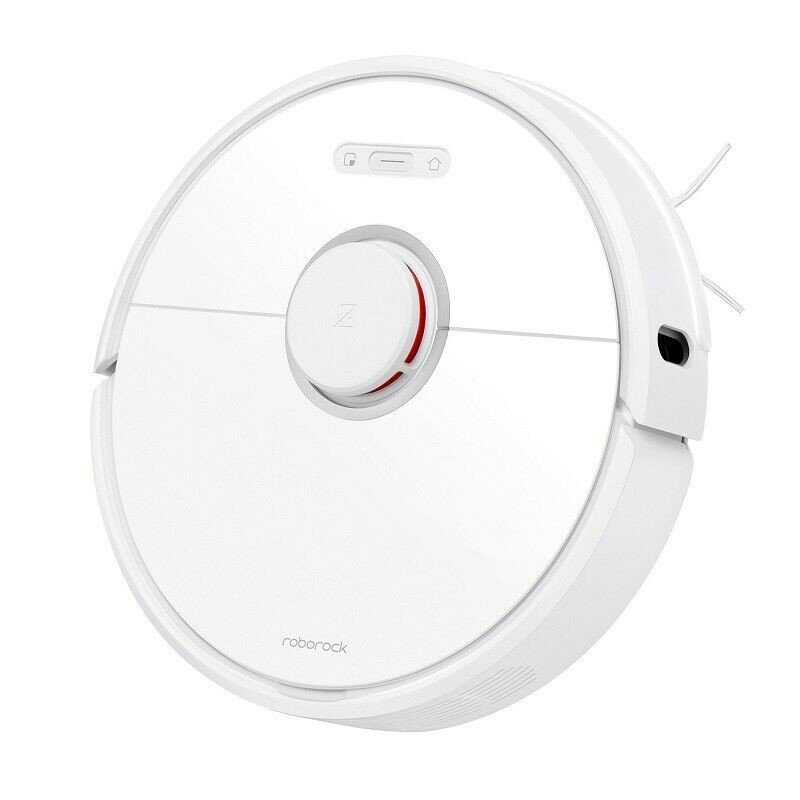 A high-end vacuum with high-end features.

The Roborock S6 is one of the best robot vacuums you’ll find. All the important features are here and you’ll never be left wishing it could do more.

Here’s the full breakdown of what’s improved from the S5:

Opening the box you’ll find the mopping attachments and pads, charging base and power cord, and extra filters. Underneath is the S6 itself, measuring in just a shade smaller than the previous model. My initial impressions of the S6 were that you can definitely see it’s a new generation model — it’s almost like an older, boxier car next to a new and improved design.

The S6 uses the same Mi Home app, but the UI actually differs from that of the S5. The S6 displays an updated, easier to use interface where the S5 UI seems a bit dated. It’s unclear why the UI isn’t updated to match across the board, but I’m told this may still come at a later date (I won’t get my hopes up, though). I’m not sure there will be too many S6 owners that also use an S5 given the hefty price tag on both, but it’s still a bit of an annoyance. 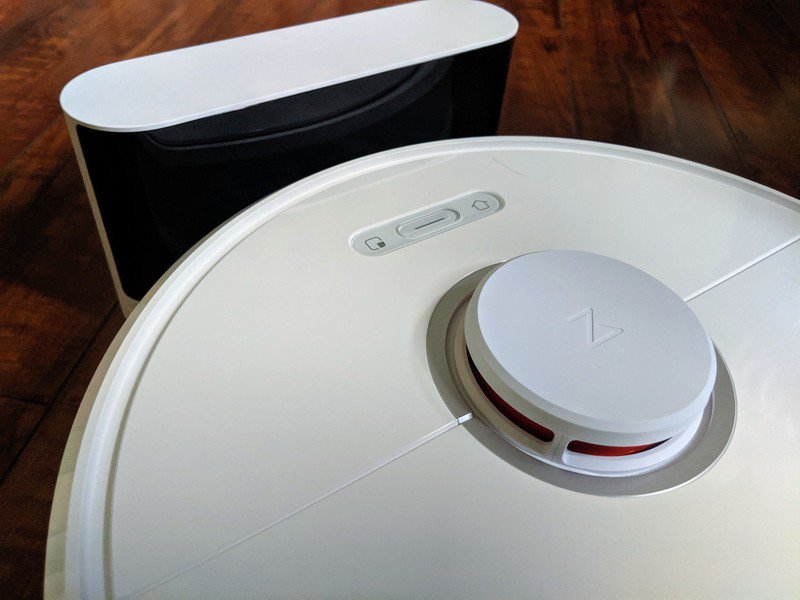 Adding the S6 to the app is as easy as powering it on and discovering it. After an initial firmware update, I was up and running. I’ll admit it did take me a bit to find my way around the new interface, but everything here is actually much more streamlined and upfront, making for easier navigation. Once I was set, I fired up for the initial clean and mapping of my room, which the S6 automatically performs with its “high-precision” laser. I’m still fascinated by the fact that I can watch the S6 cruise around the room in real-time within the app.

What’s great about the S6 is that where the S5 could only see my living/dining/kitchen combo as one large room, the S6 maps it out and lets me mark off barriers and separate each room into its own. It actually discovered the separation between my dining room and kitchen by itself and I was then able to mark off the living room/dining room separation manually. Using the app you can merge or divide rooms as well, so you’re not just set to what the S6 discovers. This feature ultimately allows you to use the Room Clean option and just have the S6 clean one particular space. 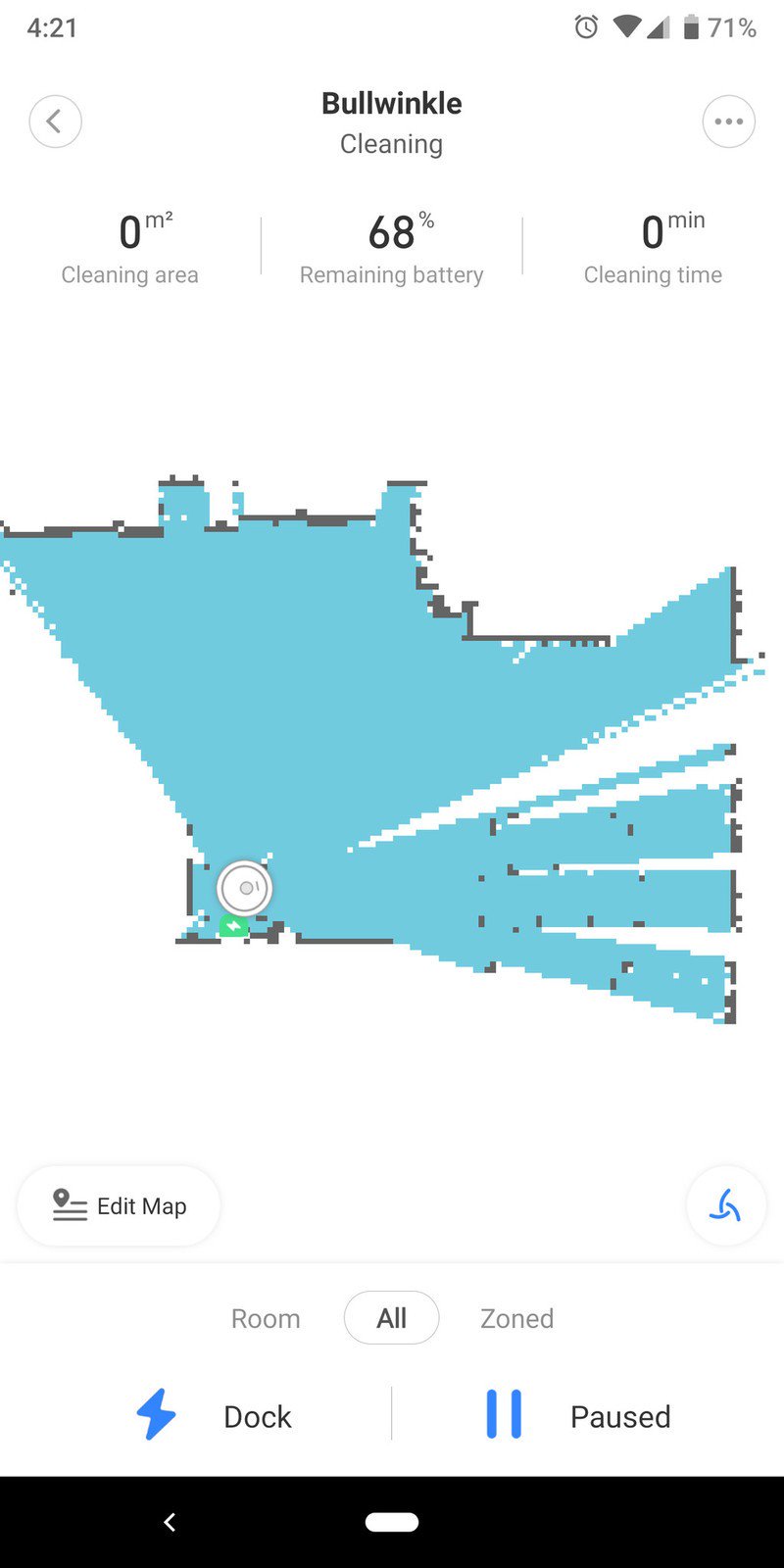 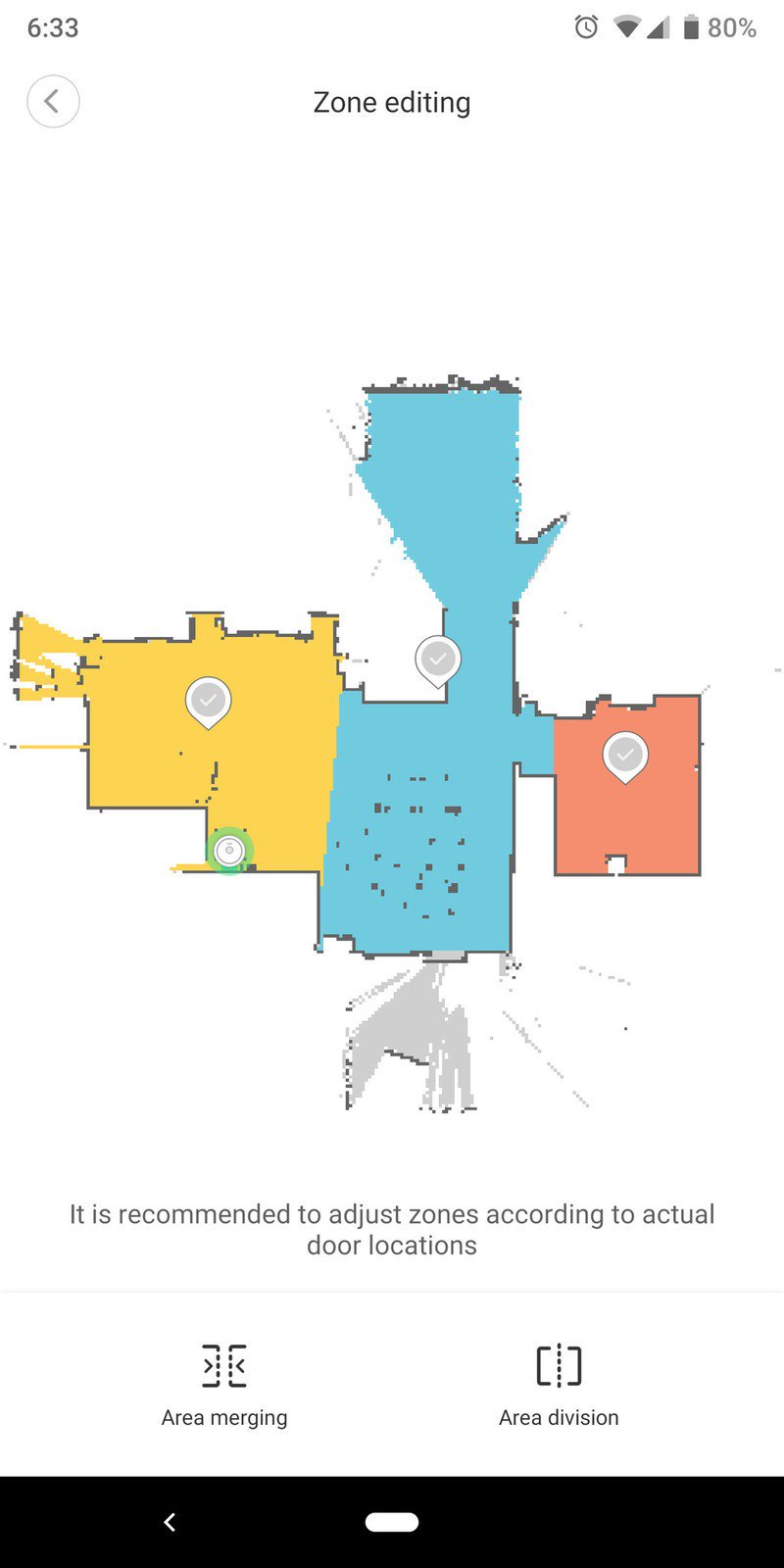 You can also place barriers and virtual “no-go” zones from within the app, sectioning off any particular areas or boundaries where you don’t want the S6 to travel. I have a corner of my living room that is seemingly always littered with kids’ toys, so marking this off ensures that my S6 won’t end up in a death trap of Hot Wheels and Tinker Toys.

In addition to the Room Clean, you can also do a full clean of the entire space or a zoned clean. Zoned cleaning allows you to select a specific area to be cleaned, say a pile of spilled cereal or just around the table after a meal. The cool thing here is that you can do multiple zones and also specify the number of times to clean these zones (from one to three). Need to quickly clean a few problem spots? Drop a few zones and you’re good to go.

Switching modes for the S6 is right on the main screen now (rather than buried in the settings as it was previously) so you don’t need to dive too far to change them. You can choose between Quiet, Balanced, Turbo or MAX. I typically stick with balanced for most uses, but I can see the higher settings being handy for the larger messes. The S6 is already fairly quiet to begin with for a normal cycle, but running it Quiet mode does shave off a few decibels. Something to note here as well is that the old Mopping mode is gone, but using the mop attachment on the S6 in quiet mode still gets the job done.

Cleaning is still top-notch with the S6. There were very few times that I noticed the S6 failed to pick up something after a clean, and that was most often because it was stuck to the floor (love those stickers on hardwood). I did notice that the design of the brush on the S6 is a more solid plastic than the lighter bristles on the S5, so at times there was a bit more of a “clacking” noise when the brush found itself against a hard object. I do feel that this design is a bit stronger than the previous model, however, ensuring that the S6 will be able to snag most anything that gets in the way. Emptying the dust bin is as easy popping open the back cover, pulling it out and dumping. No complicated tricks or picking up the whole unit just to dump the bin.

The S6 cleans my entire space in about 30 minutes so it does fine on a single charge, but if you have a much larger space, the S6 is smart enough to return to the base to charge and then continue with the cleanup. So you never have to worry about a half-clean room.

When it comes to mopping, the S6 has a mopping pad that attaches to the back bottom (it actually uses what appears to be the same exact mop unit as the S5). I’ve gotten used to the reusable microfiber pads of the S5, but the S6 also includes disposable mop pads if that’s more your speed. I’ve yet to give them a go though as the reusable pads work just fine. A quick run through the wash and they’re ready for another round. 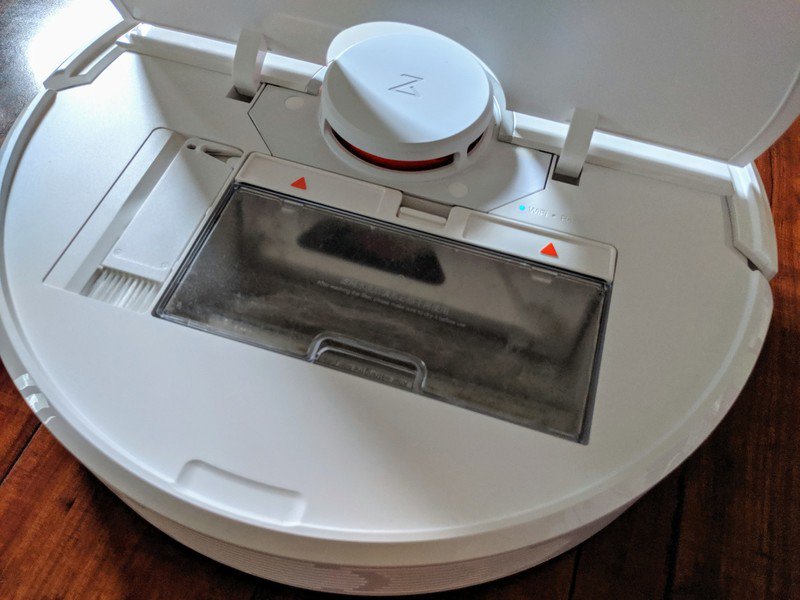 Mopping is really just the trailing of the mop unit as the S6 rolls around. It essentially drags the mop pad along, squirting out a bit of water as it goes. I do notice some streaks and unclean areas from time to time, but many are there because they need a little bit of TLC or extra scrubbing to remove — something that the S6 obviously can’t recognize. I’d say the S6 again does a good, but not great, job of mopping. It’s definitely better than having an un-mopped floor, but it’s still not a total replacement for getting down and dirty on your own. Still, I’m glad the option is there for the times when I can’t be bothered to bust out the bucket for a deep clean.

Within the settings, you’ll find other features like the “care” status as well as a remote control. The Care screen shows the status of all the components of the S6, including filter, side brush, main brush, filters, and sensors. You’ll see the health percentage so you’ll know when it’s time to give the S6 a clean of its own or swap out a component. You’ll also get notifications when the time comes so you don’t need to check here too often.

The remote control — while fun for having the S6 chase my kids around — is also convenient when you need to hit that one specific spot or a random trail of crumbs. You can take over using the app, then easily revert back to cleaning when you’re done. 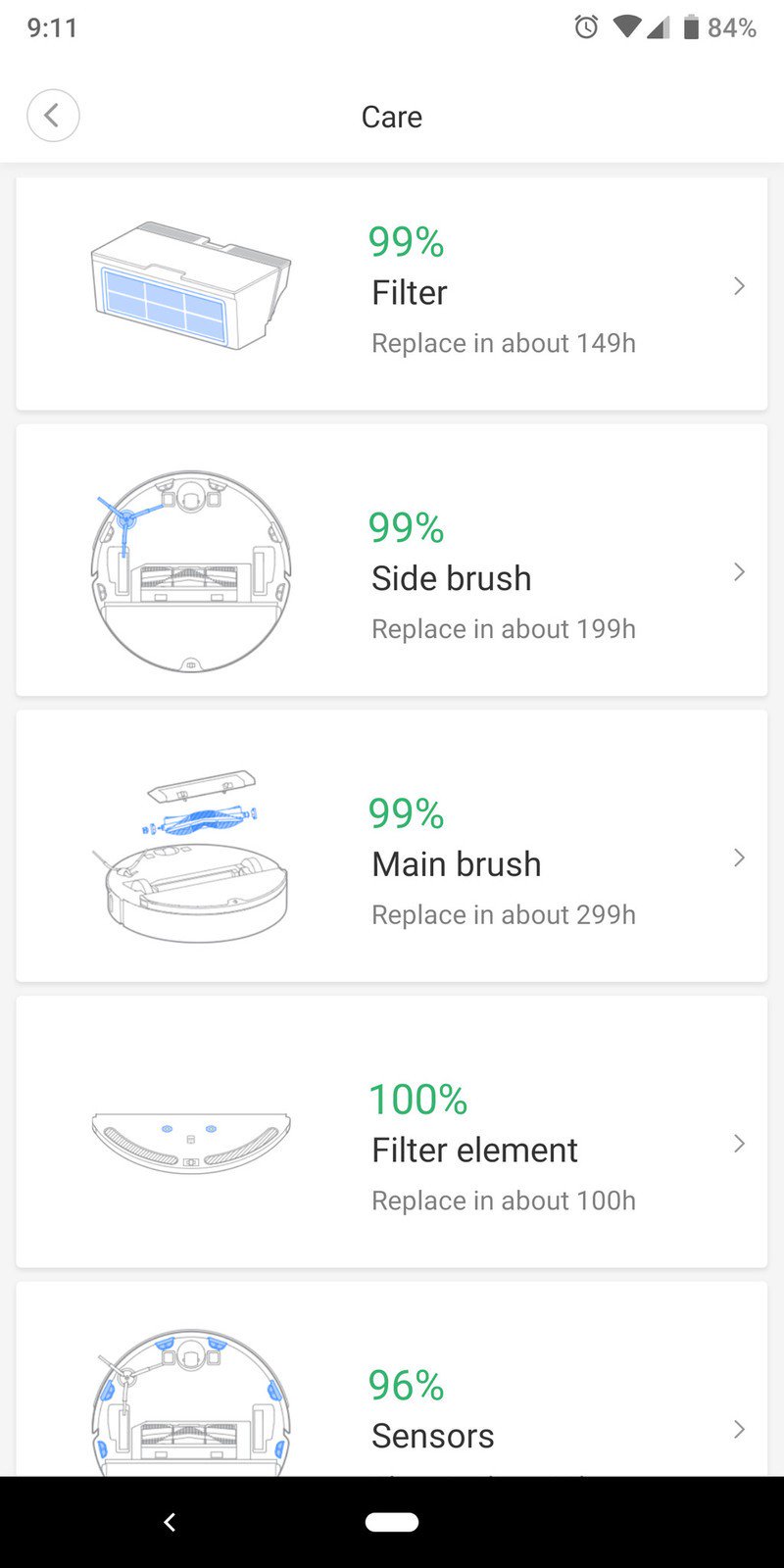 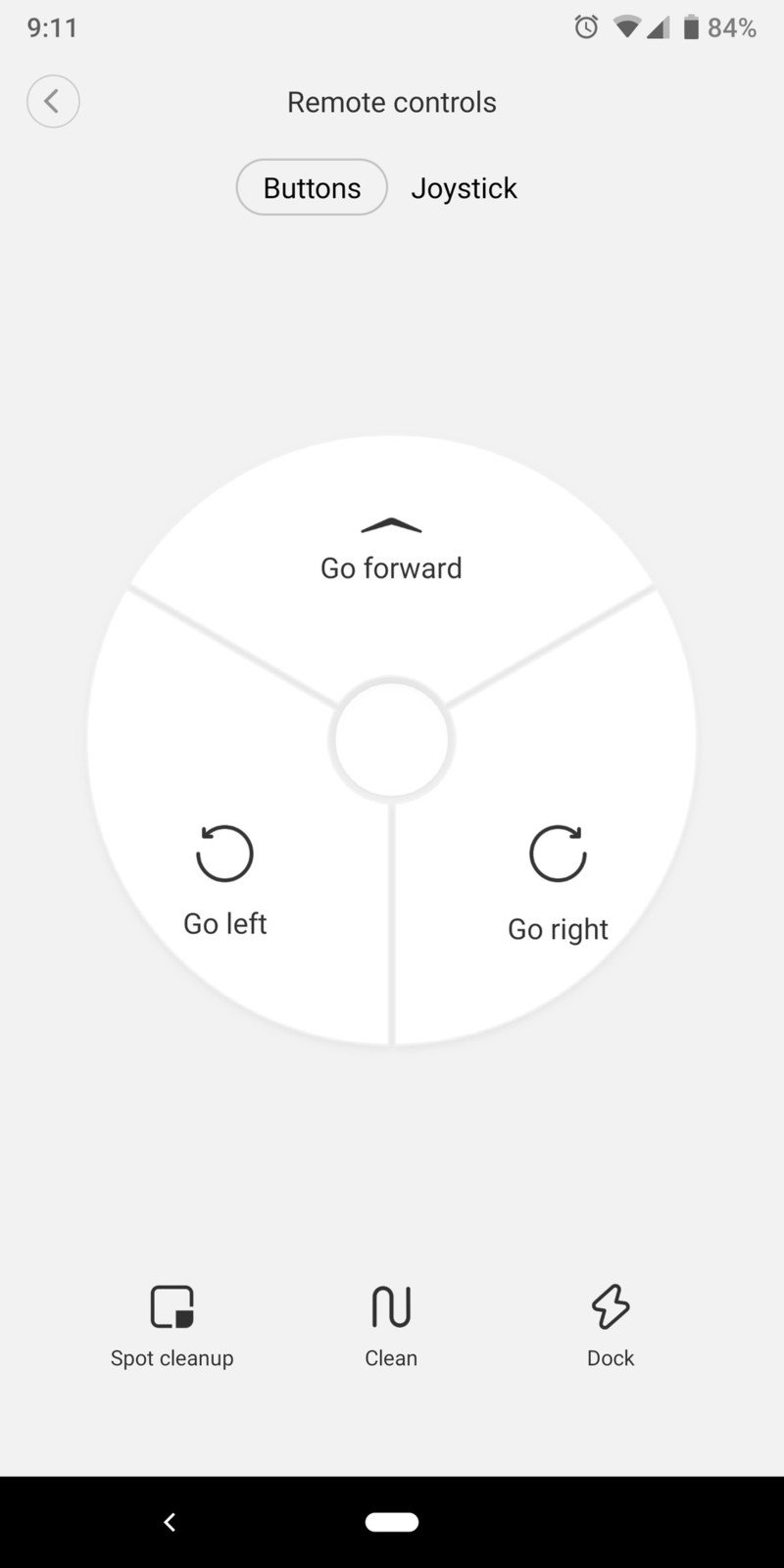 If you want to dive a bit deeper, there are other options within the settings to tweak things like the S6 time zone, voice, volume and even do no disturb. You can also toggle carpet and map modes here as well.

Yes, there’s also Google Assistant and Alexa integration, but voice commands are still extremely limited. Currently, you can’t ask the S6 to do a specific task or clean a specific room, but hopefully, that’s something we’ll see in the coming months.

Overall the Roborock S6 is a solid case of the best getting better. The S5 is still one of the best feature-packed robot vacuums you can buy (albeit a costly one) and the S6 takes all of those awesome features and cranks them up to 11. With the S6, you’ll get a reliable, smooth-operating robot vacuum that cleans amazingly well and throws in a quick mop for good measure. My S5 has held up extremely well over the past few months and I can only expect the S6 will do the same for years to come. If you’re in the market for a truly exceptional smart vacuum, look no further than the Roborock S6.

A high-end vacuum with high-end features.

The Roborock S6 is one of the best robot vacuums you’ll find. All the important features are here and you’ll never be left wishing it could do more.