Home News Want an Android TV on the cheap? We have your list right...
News

Want an Android TV on the cheap? We have your list right here 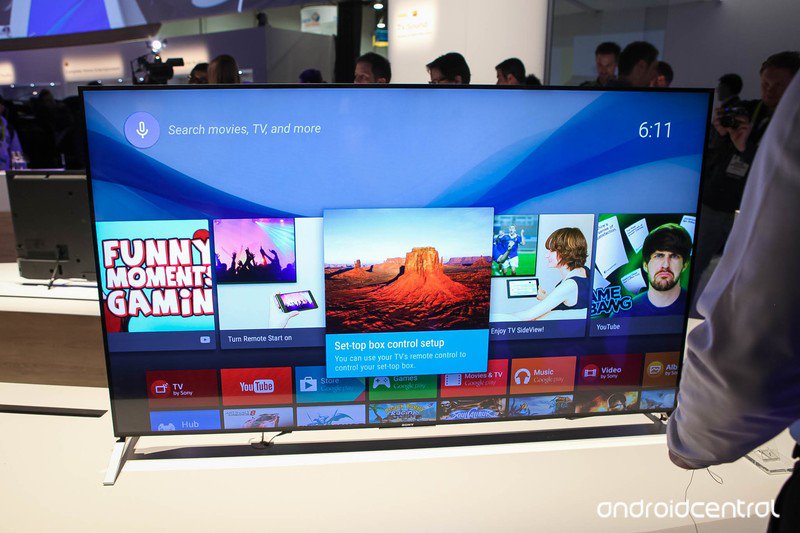 Smart TVs are plentiful, but finding ones that are powered by Android TV can be a chore — especially if you’re working with a smaller budget. Cheap Android TVs just aren’t that popular in the U.S., but if you do a bit of digging, you can still find some pretty great options. We’ve done the hard work for you and rounded up our top picks for the best cheap Android TVs available right now in 2019 — our favorite of which is the Hisense 55H8F. Out of all the cheap Android TVs out there, our top recommendation goes to the Hisense 55H8F. Hisense has long made some of the best value televisions on the market, and that point holds true here.

For under $500, the 55H8F gives you a roomy 55-inch screen that’s plenty big for all of your movies, TV shows, and games without being overwhelming. In regards to picture quality, Hisense is using its ULED technology that aims to offer increased color, contrast, and brightness.

Some owners have complained about weak built-in speakers and the CPU being a little slow at times, but for the price, you’ll be hard-pressed to find a better deal. The Hisense 55H8F is a TV that offers high-end features at a great price. It has a 55-inch ULED screen, supports 4K video, and HDR10. This entire article is devoted to TVs that offer a good value, and one of the best in these regards is the Skyworth U5A Series 55.

For just a little over $400, the U5A gets you a 55-inch LCD TV that can playback 4K video in HDR. Considering that 4K TVs used to cost multiple thousands of dollars just a few short years ago, that’s seriously impressive. The LCD IPS technology works well, offering good colors, and a bright picture, and is more than adequate for movies, TV shows, and games.

Similar to other TVs, Skyworth also includes upscaling technology to ensure non–4K content looks as good as possible on your new TV. It also boasts a quad-core processor that allows for fast load times, navigation, and more.

Some corners obviously had to be cut for such a low asking price, and that’s primarily seen with the lack of local dimming and a max refresh rate of 60Hz. This shouldn’t be a deal-breaker for most people, but if you go with more expensive options on this list, you can spend a few more dollars and get those features if they’re important to you. Want a lot of bang for your buck? The Skyworth U5A 55-inch TV is for you. For not much money, you get 4K HDR picture quality and a quad-core processor While big TVs seem to be all the rage, there’s an argument to be made for smaller sets, too. They take up less space, are easier to fit in smaller rooms, and have a sharper picture quality since the pixels aren’t being stretched across such a large area. If a small TV is what you’re after, we’d recommend going with the Sony XBR43X800E. Super unsexy name aside, this is a TV easily outperforms the relatively low price Sony is asking for it.

The screen measures in at 43-inches and uses LED technology. Picture quality goes up to 4K Ultra HD, HDR support is here, and Sony’s Triluminos Display technology aims to reproduce colors across a broader color palette so that they’re more colorful and true-to-life. Similarly, Sony uses its X-Reality PRO processing to upscale non-4K content to make it look as sharp as possible.

You’ve got access to 4 HDMI ports to plug in all of your consoles and set-top boxes, in addition to two USB 2.0 ports and one USB 3.0 port. We do wish that Dolby Vision was included, but something’s gotta give for such a great TV at such a low price. The best cheap Android TV with a smaller screen.

If you want a small TV, the Sony XBR43X800E gives you a 43-inch display, native 4K, HDR, and plenty of HDMI ports at a price that’s hard to argue with. Finding a big Android TV for cheap is no easy feat, but if that’s what you’re after, you’d be silly not to get the Hisense 65H8F. This is essentially the same TV as the other Hisense model on here, with the only difference being that it has a 65-inch screen as opposed to a 55-inch one.

In other words, you’re getting all of the great stuff of that TV in a bigger package. The ULED display tech allows for bright and contrasty colors, native 4K video is supported, and you can watch your content in both Dolby Vision HDR and HDR10. We’re also big fans of the 60 full-array local dimming zones and Hisense’s Motion Rate 240 feature for ultra-smooth playback.

The biggest issue with the 65H8F comes down to its price. While $700 is a phenomenal deal for a television of this caliber, it is the most expensive TV on this list and might be more than some people are willing to pay.

Buying a big TV for cheap isn’t an easy thing, but if that’s what you desire, the Hisense 65H8F is the best deal for a TV of this caliber. Our last pick on the list is one that may not be the absolute best value, but when it comes to cheap Android TVs, it’s one of the best-looking out there. It’s the Sony X800E Series 55, and in regards to picture quality, it’s a beast.

Along with a 55-inch screen size, you’re getting a 4K Ultra HD resolution with support for HDR. Similar to the other Sony TV we talked about above, this one also uses the company’s X-Reality Pro technology to upscale non-4K content to make it crisp and sharp in all the right ways. Also on display here is Sony’s Triluminos Display to enable vibrant, vivid colors with more natural shades of red, green, and blue.

Rounding out the pros include support for frame dimming, four HDMI ports, and support for Amazon Alexa voice commands (something you won’t find on Android TVs from any other manufacturer).

This is another TV that reaches the tiptop of the phrase “cheap,” but considering everything it brings to the table, this is a bargain. In the market for a cheap Android TV that looks fantastic? The Sony X800E Series 55 delivers a premium all-around experience that’s tough to beat.

As we stated above, buying a cheap Android TV can be a challenge. You don’t want to buy something so cheap it’ll fall apart on you in a week, and when you combine that with the lack of Android TV support from a lot of companies, your work is instantly cut out for you. Thankfully, the Hisense 55H8F stands out as something special.

It’s a TV from a company you know and trust with all of the features you could want. The 55-inch screen size is perfect, the 4K resolution looks great, and the awesome ULED tech and HDR support make things that much better.

We’re impressed with just how much Hisense is offering for such a low price, and if you’re in the market for a cheap television running Android TV, this is likely your best bet.

Joe Maring Joe is Android Central’s News Editor. He loves talking about all things tech, but smart wearables are what get him really excited (just ask the drawer of smartwatches in his office). He also likes coffee and goes to Starbucks far too often. Have a tip? Send an email to [email protected] or hit him up on Twitter @JoeMaring1