These are the best Android One phones in 2019 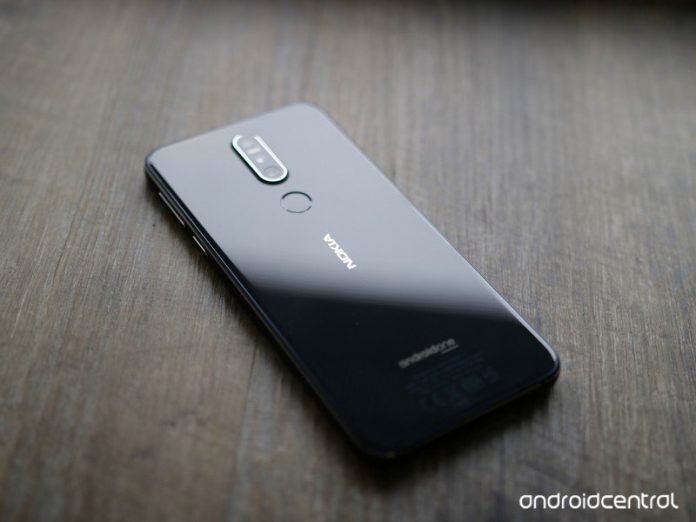 If you’re in the market for a new Android phone, you owe it to yourself to make sure it’s an Android One device. Phones that are part of Google’s Android One program come with a couple of big benefits, including stock builds of the latest version of Android and guaranteed software updates/security patches. To make your shopping a little easier, here are the best Android One phones you can buy right now.

While Nokia’s U.S. presence doesn’t quite compare to its activity in other countries, the Nokia 7.1 is an absolute treat that you don’t want to miss out on. It has a stunning LCD display that supports HDR10, solid dual rear cameras, and has a design that’s far nicer than you’d expect for the price. We also love the great battery life and NFC chip for Google Pay support.

One of the most affordable Nokia phones available in the U.S., the Nokia 4.2 brings a lot to the table for a price your wallet will love. It has a 5.71-inch HD+ display with a narrow 19:9 aspect ratio, slim bezels, and a tiny waterdrop notch. It’s made out of premium glass and metal, has dual rear cameras, a fingerprint sensor, and even a dedicated Google Assistant button along with an NFC chip for Google Pay.

The Nokia 9 PureView may be one of Nokia’s most ambitious Android phones yet. The five rear camera combo promises to allow for some really powerful photography capabilities, including things like professional portrait shots and more light compared to competing phones. Other features include an in-screen fingerprint sensor, Snapdragon 845, and Qi wireless charging.

For the Moto fans

Whether you’re a diehard Motorola fan or just want a solid Android phone for less than other flagships, the Motorola One should serve you quite well. The Motorola One comes equipped with a 5.9-inch HD+ display, dual rear cameras, NFC for Google Pay, and excellent additions from Motorola like Moto Actions and Moto Display.

Want to stretch your dollars as far as possible? Consider picking up the Xiaomi Mi A2. You get a phone with a sturdy aluminum construction, 5.99-inch Full HD+ display, Snapdragon 660 processor, 64GB of storage, and dual 12MP + 20MP cameras. The phone will work on carriers like AT&T and T-Mobile in the U.S., but LTE connections in rural areas and large buildings may be weaker due to missing band support.

Another great Android One phone that you’ll want to add to your shortlist is the Nokia 8.1. The Nokia 8.1 may look pretty generic at first, but it absolutely nails the basics. You can expect two days of battery on one charge, the cameras are reliable, and the design is simply beautiful. The phone is not sold in the U.S., but if you live in a country like India where it is, we recommend checking it out. 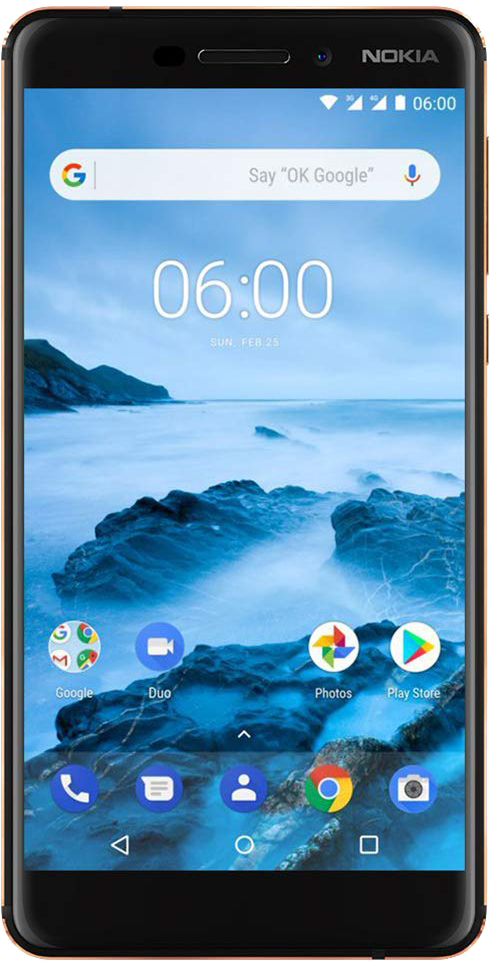 The Nokia 6.1 is one of the older phones in Nokia’s lineup, but that hasn’t stopped it from continuing to be one heck of an Android One device. Once you overlook the big bezels, you’re treated to a crisp 5.5-inch Full HD screen, USB-C charging, and a gorgeous 6000 Series aluminum construction. You also get 3GB of RAM, 32GB of expandable storage, and NFC for Google Pay.

If you happen to live in the United Kingdom, you should really give some consideration to the new Motorola One Vision. This phone stands out for a couple reasons, one of which being its 6.3-inch Full HD display with a super tall and narrow 21:9 aspect ratio. Rounding out the experience is a 48MP rear camera, 25MP selfie camera, and a roomy 128GB of storage.

Cricket Wireless is an affordable MVNO in the U.S. that uses AT&T’s network, and it’s the only place you can buy the Nokia 3.1 Plus. Featuring a durable polycarbonate design, the Nokia 3.1 Plus comes equipped with a big 5.99-inch HD+ screen and has dual 13MP + 5MP cameras on the back. We also love the inclusion of NFC for Google Pay and the massive 3,500 mAh battery.

If you’re making us choose 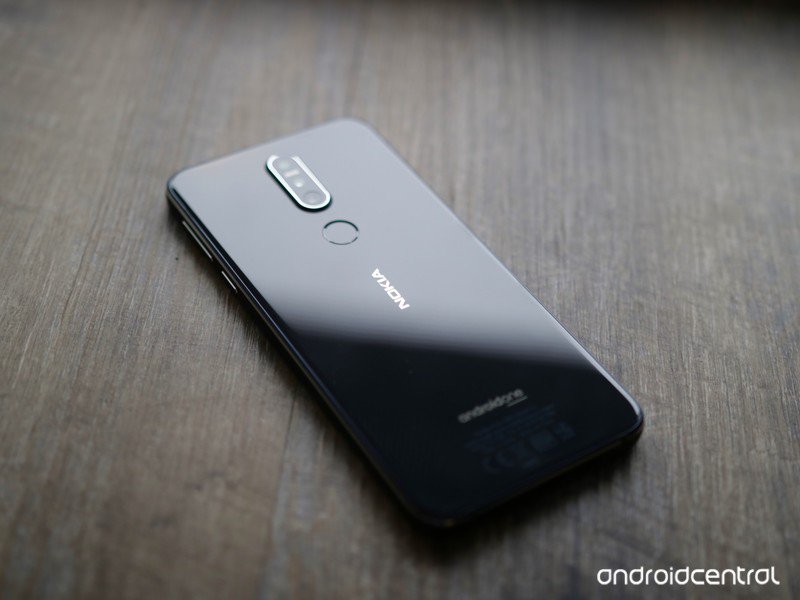 Out of all these phones, our favorite has to be the Nokia 7.1. The price is right, the specs are great, and extra features like HDR for the display and Google Pay make the experience that much better. For how much Nokia’s selling the phone for, you’ll be hard-pressed to find a better vaue than this.

At the same time, we also understand that $349 might be more money than you’re able to spend on a new phone right now. Thankfully, you’ve still got plenty of options. 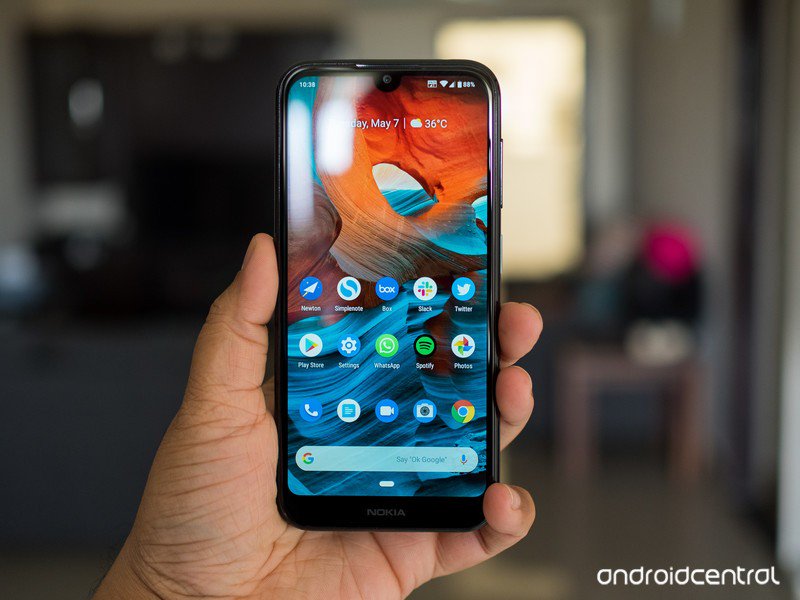 For those of you that are more budget conscious, we recommend picking up the Nokia 4.2. The display isn’t as sharp and the processor’s not quite as fast, but you still get a premium glass/metal construction, dual rear cameras, and features like Google Pay and that dedicated Google Assistant button just sweeten the deal.

Facebook
Twitter
Pinterest
WhatsApp
Previous articleGoogle Photos dark mode is popping up for users on Android Pie
Next articleDo you have any interest in the Moto Z4?

Stay connected, stay safe.Distracted driving is one of the most dangerous things you can do while behind the wheel. It
Read more
News

This is an ingenious way to address issues with gestures overlapping.It's no secret that people have frustrations with Android 10's
Read more
News