Home News The best stands for your Echo Spot
News

The best stands for your Echo Spot 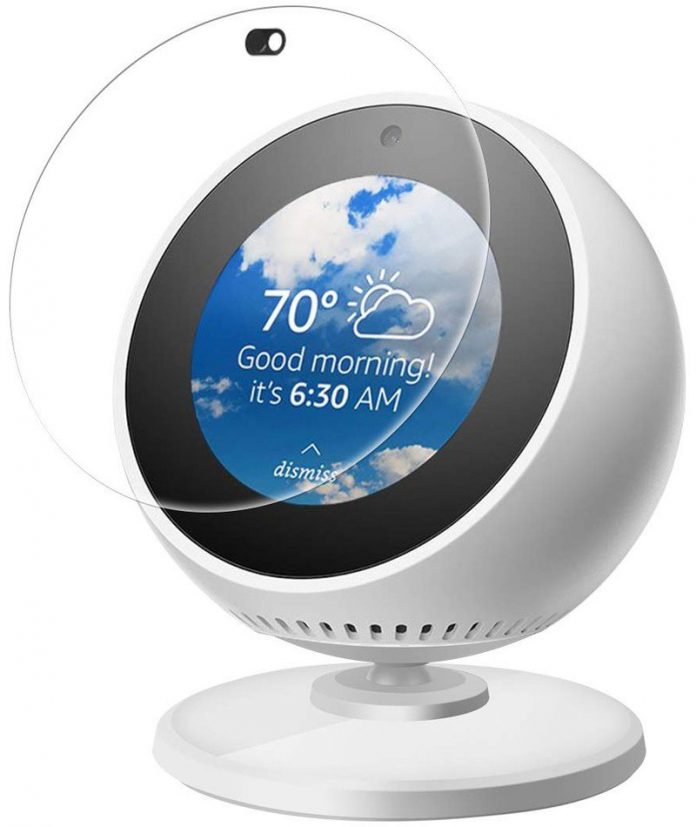 Amazon’s Echo Spot is the original compact Alexa display that allows you to stream Amazon Prime shows, listen to music, order items, check the news, and more. Since the speakers are on the bottom of the device, it’s best to use a stand if you want decent audio. Some stands also make it so you can adjust the screen up and down or make it swivel for a better viewing experience. See which one works for you. In addition to a 360-degree swiveling stand, this purchase gives you a screen protector with a built-in camera cover. Move the cover over the lens when not in use to give yourself more privacy. This stand comes in either black or white and keeps your Echo Spot secure using a magnet.

All about that base 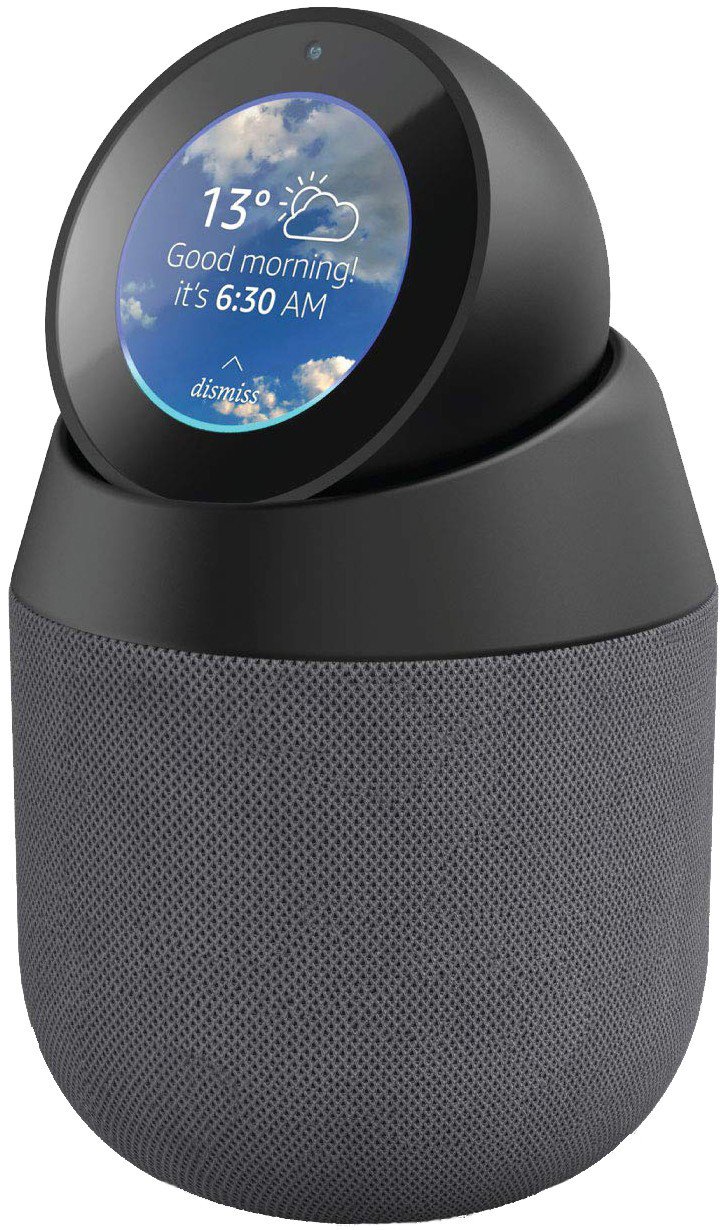 This is the stand for those who want to enhance their music listening experience. It features a 12-watt speaker, a passive subwoofer, and has enough power to play music for up to eight hours before needing a recharge. A USB port on the back of the speaker also allows you to charge your phone or other devices. 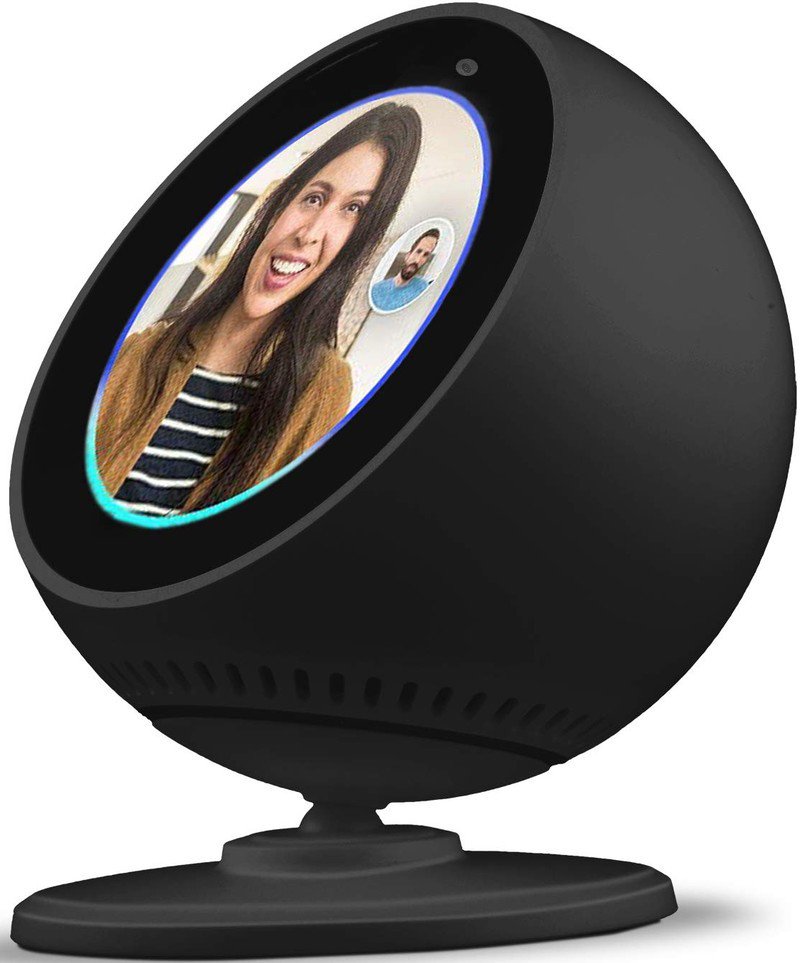 In addition to swiveling around 360 degrees, you can also adjust the screen up and down. The base features rubber pads to keep your expensive Echo Spot from slipping off a counter or end table to its doom. It comes in black and white.

This is one of the only stands that allows you to adjust the screen up and down as well as make it swivel 360 degrees. But that’s not all: Extend the base for a better viewing experience if necessary or keep the Echo Spot nestled in the base if not. It comes in black or white to match your Echo Spot. 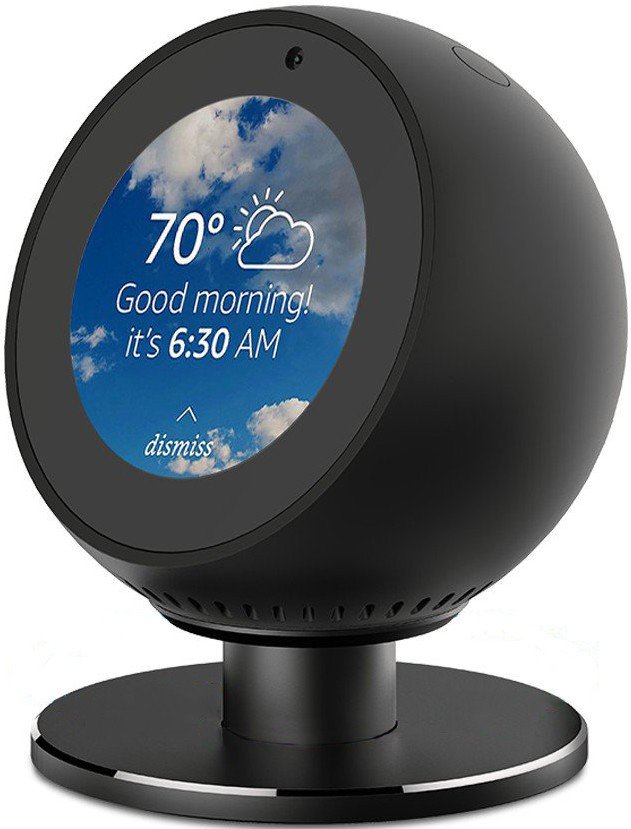 Your Echo Spot stays in place via a magnetic mount. You’ll be able to turn the device around 360 degrees so you can see the screen better from anywhere in the room. Placing the Echo Spot on the stand also makes it easier to hear your speakers when listening to music or taking video calls. 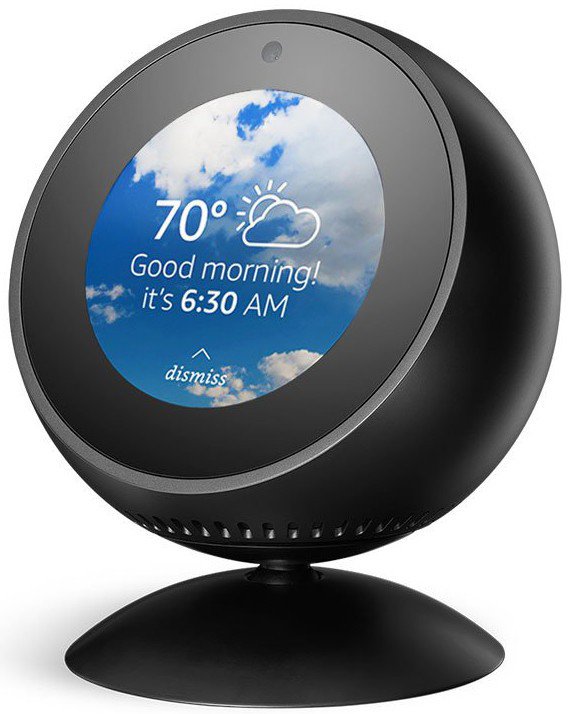 This is the official stand Amazon created specifically for its Echo Spot. It doesn’t swivel to either side like other stands on this list. However, by raising the speakers off of a surface it increases sound quality. If you’re the kind of person that only likes to purchase official gear, this is the stand for you. 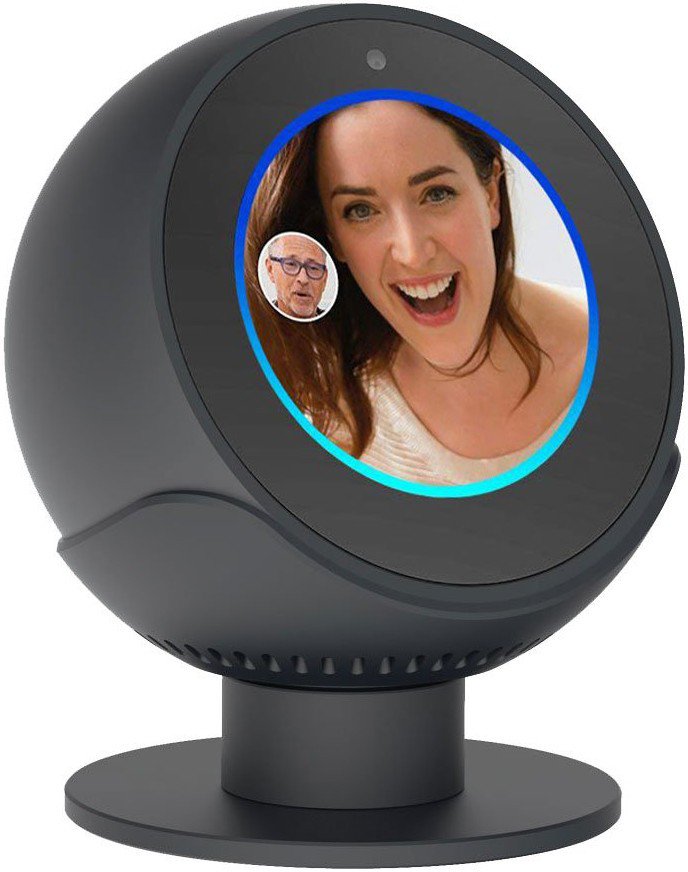 The design of this metal stand matches the look of your Echo Spot beautifully and allows the device to swivel 360 degrees to face any section of a room. The non-skid bottom prevents the device from moving around too much as you adjust the screen to face in different directions. Get it in silver or black.

It’s unclear whether or not the Echo Spot will be phased out now that Amazon has announced its new compact Echo Show 5 display. This new device could account for the fact that many Echo Spot stands are no longer available or have limited quantities remaining. Either way, when choosing a stand, you’ll want to consider the price you want to pay, how durable the stand is, and what features it brings to the table. You’ll preferably want something that rotates 360 degrees or even allows you to adjust the screen up and down.

Our personal preference is the Lanmu Stand since the base rotates 360 degrees and your purchase includes a screen protector that features a camera cover. You’ll appreciate the ability to slide a cover over the lens, especially if your device happens to be in your bedroom.

For those who want to use the Echo Spot mainly as a speaker, you’ll want to check out the Vault Portable Speaker Dock and Battery. It greatly increases the sound and lasts up to eight hours before needing to be plugged back in.