Home News The $112 Nokia 2.2 boasts an edge-to-edge display and will get Android...
News

The $112 Nokia 2.2 boasts an edge-to-edge display and will get Android Q 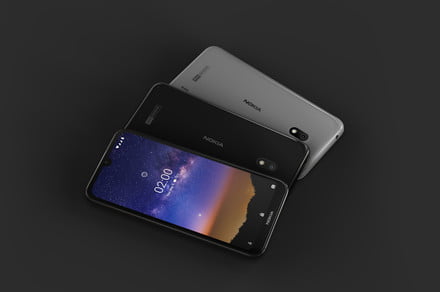 Nokia wants to make it easier to get a decent phone at a reasonable price, and to that end the company has launched the new Nokia 2.2 — a refresh of the ultra-affordable Nokia 2, with a few new features and the promise of the upcoming Android Q.

The fact that the device will get Android Q is pretty notable — it’s currently one of the cheapest phones that will support the new operating system. Unfortunately, the phone will only be available in India, with a European release to follow.

Here’s everything you need to know about Nokia 2.2.

The first thing to note about the Nokia 2.2 is that it offers a relatively modern design. The screen is almost edge-to-edge, with a small bubble-shaped notch at the top for the front-facing camera. The display comes in at 5.7 inches, with a HD+ resolution of 720 x 1,520 — which is pretty standard for a device in this price range. According to Nokia, the display offers 400-nit brightness, which is quite good, especially for a phone at this price. On the back, you’ll get a single-lens camera.

Notably, there’s no fingerprint sensor on this phone. Instead, it supports a face unlock feature. We imagine that the face unlock it offers will be relatively basic considering that it only has a single camera lens on the front.

The rear-facing camera comes in at 13 megapixels, and is capable of recording video at up to 1,080p. The front-facing camera, on the other hand, sits in at 5 megapixels.

Software-wise, the phone will launch with Android 9 Pie, but as mentioned, it’ll eventually get Android Q as well. It runs on the Android One platform, meaning that you’ll get a stripped-down and smooth Android experience. That’s always a nice touch.

The Nokia 2.2 comes in two colors — black and steel. It’ll first be available in India for 6,999 rupees, with sales starting on June 11. Nokia also noted a European launch for 99 euros (4112 U.S.), but we don’t have a specific release date for Europe just yet.