Samsung refreshes Galaxy A series of phones for US launch 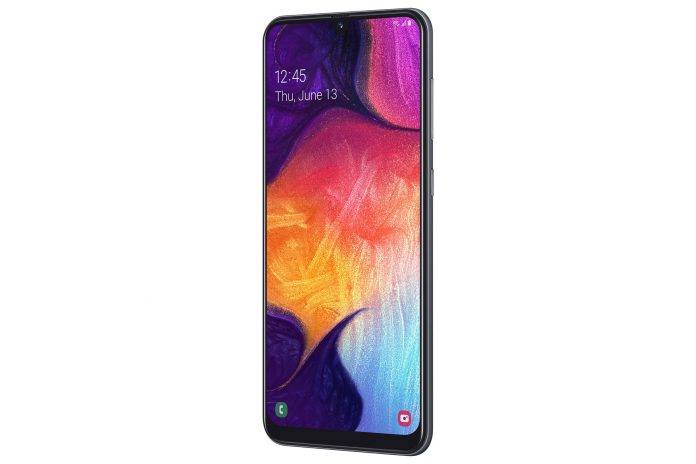 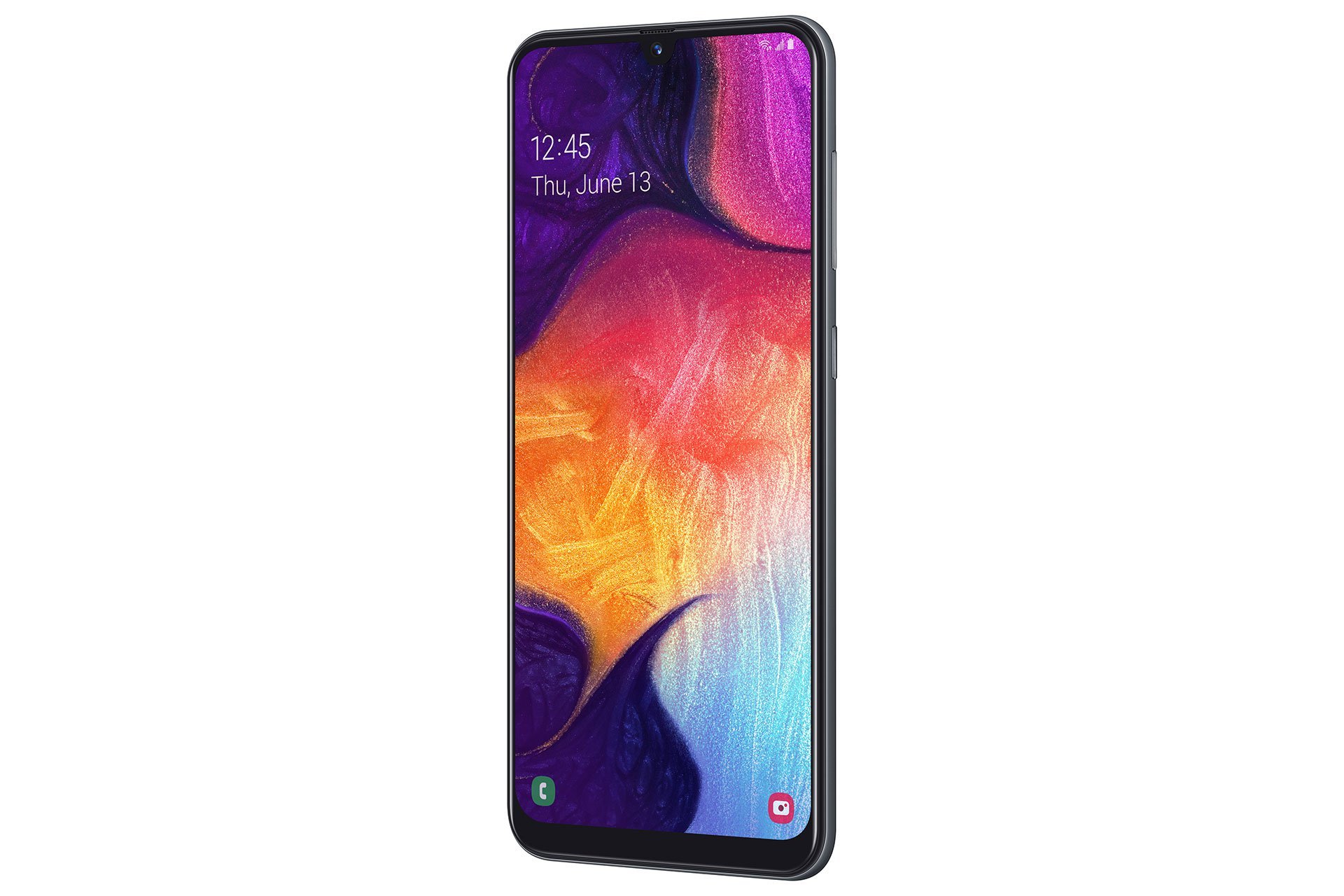 Samsung will offer three of its mid-range A series of phones in the US starting as soon as this week. The Galaxy A50, A20 and A10e will arrive over the coming weeks with prices as low as $180.

At the upper end of the A line, the Galaxy A50 packs a triple-camera configuration on the rear as well as a 4,000mAh battery. Boasting a massive 6.4-inch Super AMOLED Infinity-U display, the phone comes to Verizon starting June 13.

READ: Samsung shows off the future of smartphone cameras in Galaxy A80

The three-camera array is comprised of a 25-megapixel main sensor, a wide-angle 8-megapixel, 123-degree lens, and a 5-megapixel depth sensor. 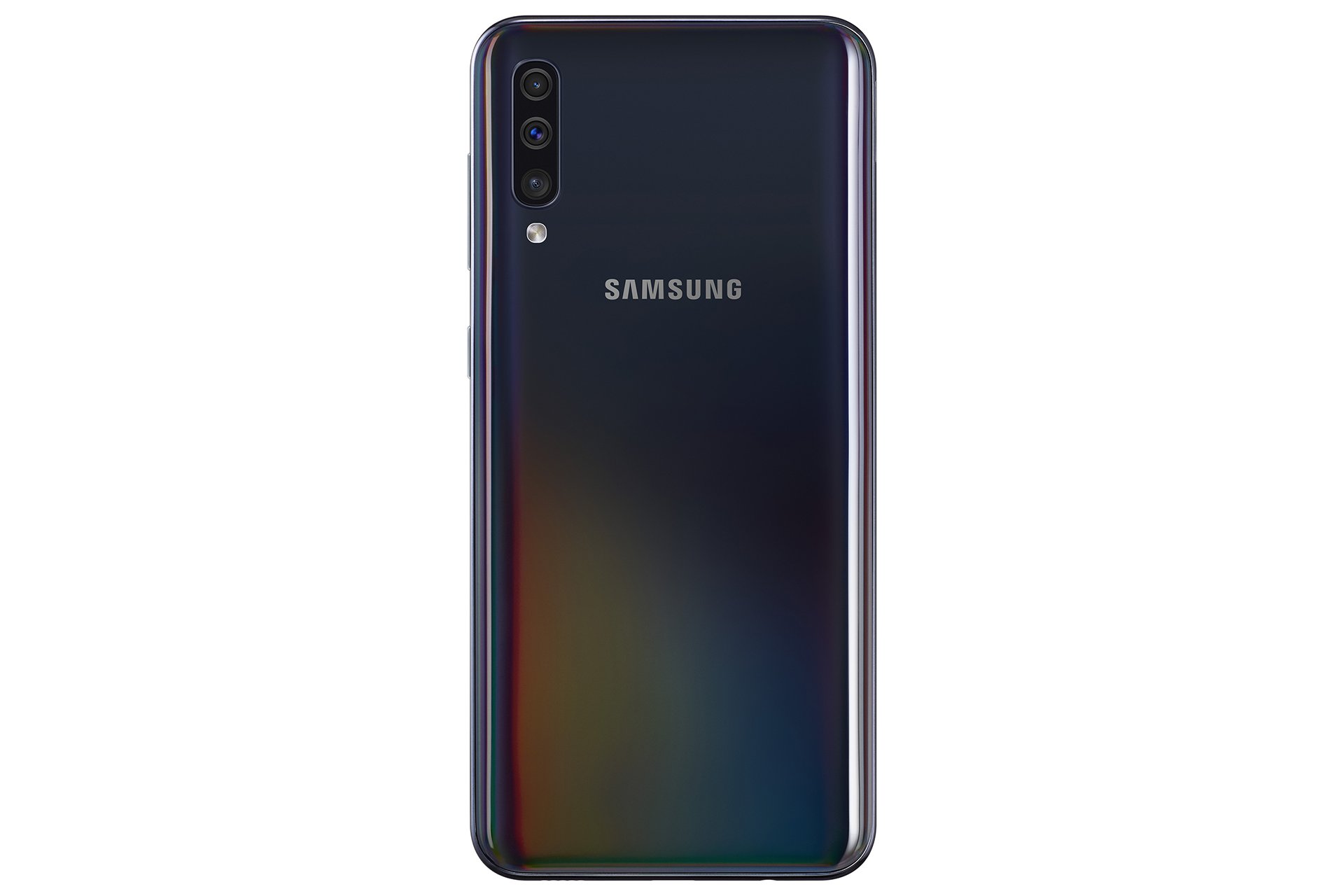 Other specifications in the Galaxy A50 include an octa-core processor with 4GB RAM and 64GB internal storage. A microSD expansion card slot allows for up to 512GB of external media.

As is the case with other Samsung phones, the Galaxy A50 has on-display fingerprint, fast charging, Bixby AI tools, and Samsung Pay.

Less is known about the other two phones, the Galaxy A20 and Galaxy A10E. The former is also large at 6.4-inches while the A10e is slightly smaller at 5.83-inches.

Both have single camera on the rear with the A20 getting a 13-megapixel sensor; the A10e has an 8-megapixel lens.

Oukitel this week launched its attractive WP5 Pro rugged phone, offering it up with a full global availability. Thus far the reviews and chatter surrounding the handset has been rather positive, and it falls in line with the brand’s affordable alternatives to pricey big-name models.The Oukitel WP5 Pro landing page has gone live, giving consumers a chance to purchase the new phone for the reasonable and budget-friendly launch price of $129.99. In stock and ready to go, it’s also on sale for a short time.The Oukitel WP5 Pro has a unique owl-like camera design that may be of interest to you. It features a three-camera array with a parallel row of LED lights. It’s pretty distinctive stuff, especially for a rugged phone.With an 8,000mAh battery, the Oukitel WP5 Pro is like having a solid phone battery and a portable power bank in one. Indeed, it’s about twice the capacity that other phones offer.In terms of hardware features, the WP5 Pro comes with MediaTek’s Helio A25 processor with 4GB RAM and 64GB internal storage. It truly is a slightly more robust take on the standard WP5. Moreover, it runs Android 10 and has a customizable button on the side which can be configured as users see fit.The standard price of the Oukitel WP5 Pro will be $200, but the newly launched phone is being offered at just $130 for a limited time. Head to AliExpress to purchase the phone. For more new features and information on this phone, and others in its portfolio, please go to Oukitel’s official website.EDITOR NOTE: This is a promoted post and should not be viewed as an editorial endorsement.
Read more
Reviews

Just $39.99, this 9-course bundle will help you master Microsoft Office like a pro

Looking to take your career to the next level in 2020? Maybe you’ve been hoping to round out your resume or portfolio. Or perhaps you’d like to shake things up and take your life in a new direction.Regardless of what it looks like, if want to get ahead of the curve in 2020, or really tap into your new-found down time, you will want to master data and documents like a pro. And when it comes to that, Microsoft Office still reigns supreme.If you’re ready to get serious about certification, or want to expand your horizons, look no further than the Complete 2020 Microsoft Office Mastery Bundle.The Complete 2020 Microsoft Office Mastery Bundle includes nine courses, more than 59 hours of instruction, and more than 566 lectures in how to improve your knowledge and skills by way of Microsoft Word, Excel, Powerpoint, and Access.Microsoft Teams: Supercharge Your Business Productivity & Master Microsoft TeamsMicrosoft Outlook 2019: Learn to Use Outlook Properly & Watch Your Productivity SoarExcel Beginner 2019: Know Your Way Around Spreadsheets & Learn Basic Functions, Formulas, and FeaturesExcel Advanced 2019: Delve Into High-Level Consolidation, Analysis & Financial ReportingExcel Beginner 2019 for Mac: Get to Grips for Excel 2018 as a Mac UserPowerPoint 2019: Beginner to Advanced Tools, Features & Techniques on Making Amazing Slide PresentationsWord 2019: Conquer Your Word Documents & Improve Your ProductivityAccess 2019: Start Your Database Journey by Learning the Fundamentals of MS Access 2019Advanced Access 2019: The Next Step to Supercharge Your Microsoft Access & Data Analysis SkillsThe training lays out all the critical areas covered in Microsoft’s key Office programs and also provides certification upon completion. The bundle comes with lifetime access, and you’ll be able to learn on desktop and mobile. Learn at your own pace and where it makes the most sense.The Complete 2020 Microsoft Office Mastery Bundle is valued at $870, but we’re offering it to our readers for just $39.99 (95% off). Hurry, this incredible offer won’t last forever!Best SellersEarn Credits!For every $25 you spend in the AG Deals Store you get $1 credit added to your account. And, if you refer the deal via social media or an email that results in a purchase, you’ll earn $10 credit in your account.First Time Buying?If this is your first time buying, you are also eligible for 10% discount! Just be sure to subscribe for email updates.Free StuffNot looking to spend any money today? No worries. You can still visit the AndroidGuys section for freebies and pick something anyhow.
Read more
Reviews

OtterBox and LifeProof, the manufacturers of the best protective cases for smartphones, are holding a sale until tomorrow, July 8.OtterBoxAt OtterBox, you can get 15% off of every item on the site, excluding the Otter + Pop and Viva Series.For an example, if you were intrigued in buying some of OtterBox’s new power products, like the Home Wall Charging Kit, you’ll pay just 33.96 as opposed to the original price of $39.95.LifeProofAt LifeProof, you get $15 off every product(given it costs $15 or more).These sales last until tomorrow, July 8th. The discounts only apply to individual products and will not reduce tax or shipping prices.
Read more