Review: The AirUnleashed Wireless Charger Charges iPhone, Apple Watch and AirPods All at Once 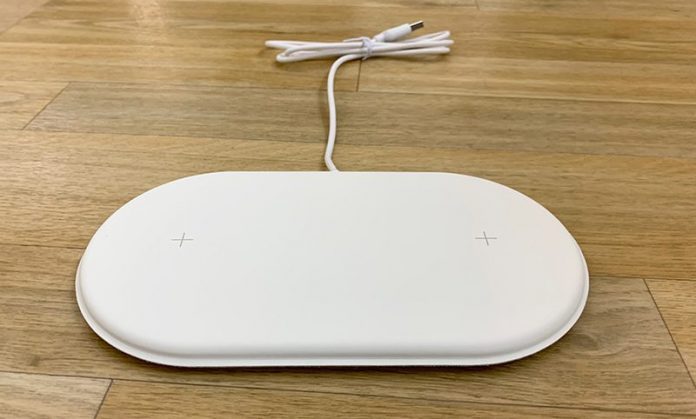 Apple wanted to make a wireless charger, the AirPower, that could charge the iPhone, Apple Watch, and AirPods all at once no matter where the devices were placed on the charger, but ultimately, the idea didn’t work out and the AirPower was shelved.

That’s led multiple companies to come out with AirPower-style charging accessories that are able to provide power to multiple devices at once, and the AirUnleashed is one such product.

Priced at $99, the AirUnleashed promises to charge the iPhone, Apple Watch, and AirPods all at the same time with a single oval-shaped wireless charging mat. The catch is that the devices need to be placed in specific spots on the charger rather than anywhere. 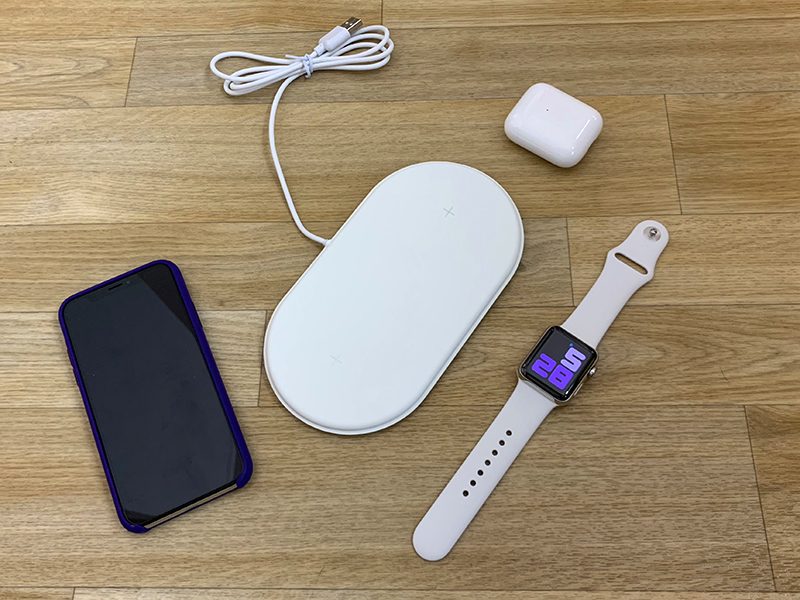 Design wise, the AirUnleashed is a simple flat wireless charging mat with a suede-like microfiber coating. Two “+” icons let you know where to place the iPhone and the AirPods, while the indentation at towards the middle right lets you know where the watch needs to go. 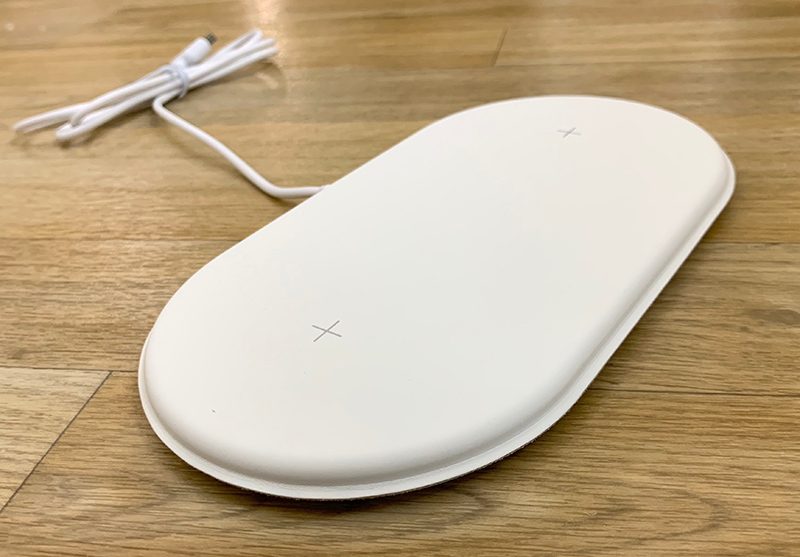 The Apple Watch needs to be specifically placed in this spot because the Apple Watch uses a magnetic inductive charger (underneath the mat’s surface) and is not able to charge via Qi wireless charging. The larger charging spot on the left side of the mat is designed for the iPhone, and the smaller charging spot is meant for AirPods.

The AirUnleashed has a design that’s reminiscent of the AirPower. In fact, it straight up copies the AirPower’s design, which would have been an issue had the AirPower ever launched. It’s a fine design — Apple came up with it after all — and it doesn’t take up too much room on a desk.

Flat charging like this is fine for the AirPods and the iPhone, but when it comes to the Apple Watch, it’s not great with the loop-style bands. With my Sport Loop, for example, I can’t use this charger without taking the band off or twisting it out of the way, which is a hassle compared to other watch charging options better suited to loop bands. 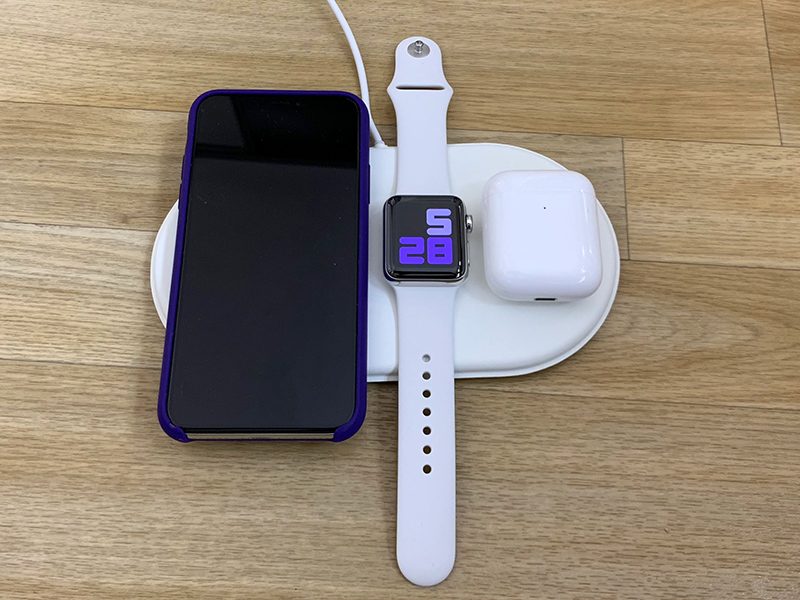 I didn’t have issues getting any of my devices to charge, but aligning everything properly sometimes required more attention than I generally prefer to give to a wireless charger. I also imagine it could be finicky to use in the dark. 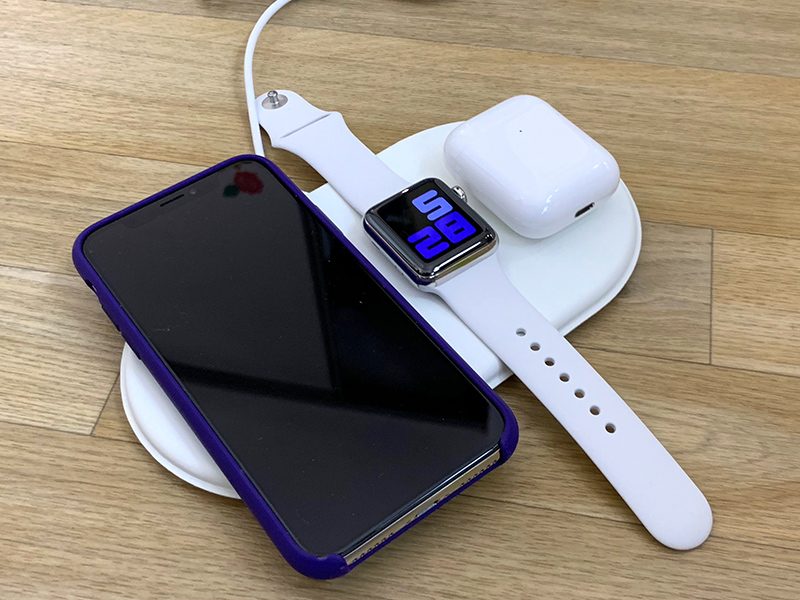 The slower charging speed is fine over the course of a day if you’ve got it on your desk, or at night. If you have a Samsung phone or another device that can charge at 10W, the AirUnleashed’s right side charger does support 10W charging, though the same caveats with charging speed and multiple devices apply. The AirUnleashed is unfortunately not great for charging two smartphones at once because of space constraints when the Apple Watch is charging and because of the speed limitations. 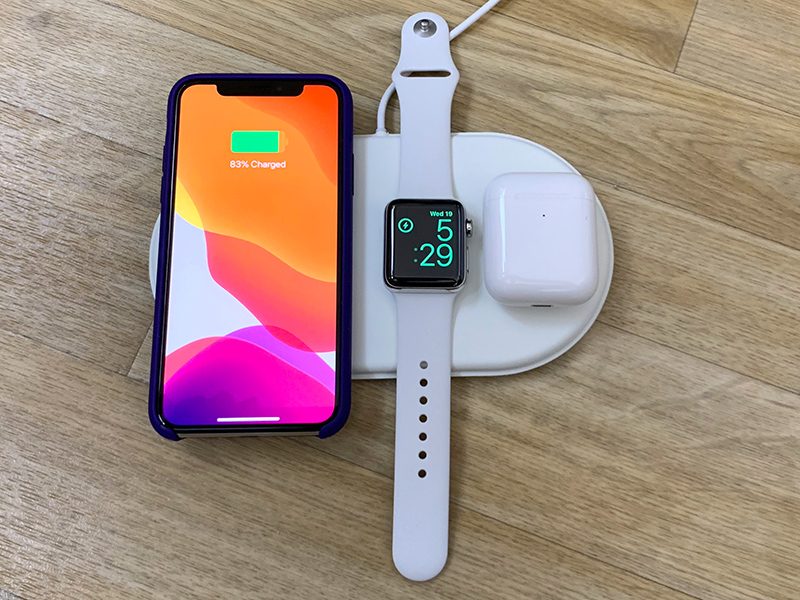 It’s worth noting that the AirUnleashed needs to be powered with a QC 2.0 or higher charger with an output of 10W, which it does not ship with, so that’s something you’ll need to buy if you don’t have one already.

Despite the name, the AirUnleashed is no true AirPower alternative given the fact that devices need to be placed in specific spots for charging, but this kind of solution is the best multi-device charging option we’re going to get since the AirPower failed.

I think $99 is a lot to pay for a 7.5W charger, a 5W charger, and an Apple Watch charger in a device that doesn’t have the capabilities to charge all three products at maximum speeds at once, but for those who don’t mind slightly slower charging, like the now-defunct AirPower’s design, and want the convenience of having an all-in-one charging setup, the AirUnleashed may be an appealing wireless charging option.

Note: AirUnleashed provided MacRumors with an AirUnleashed Charger for the purpose of this review. No other compensation was received.

This article, “Review: The AirUnleashed Wireless Charger Charges iPhone, Apple Watch and AirPods All at Once” first appeared on MacRumors.com