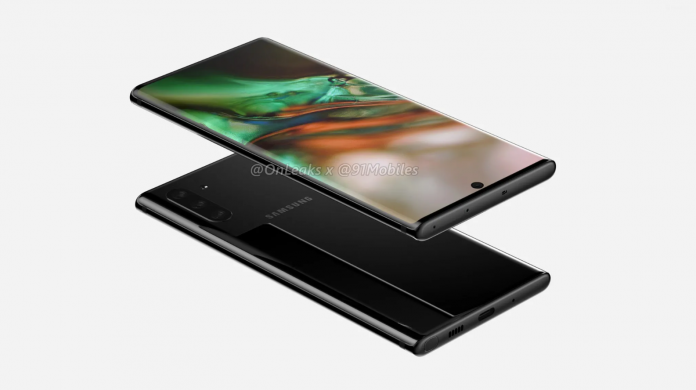 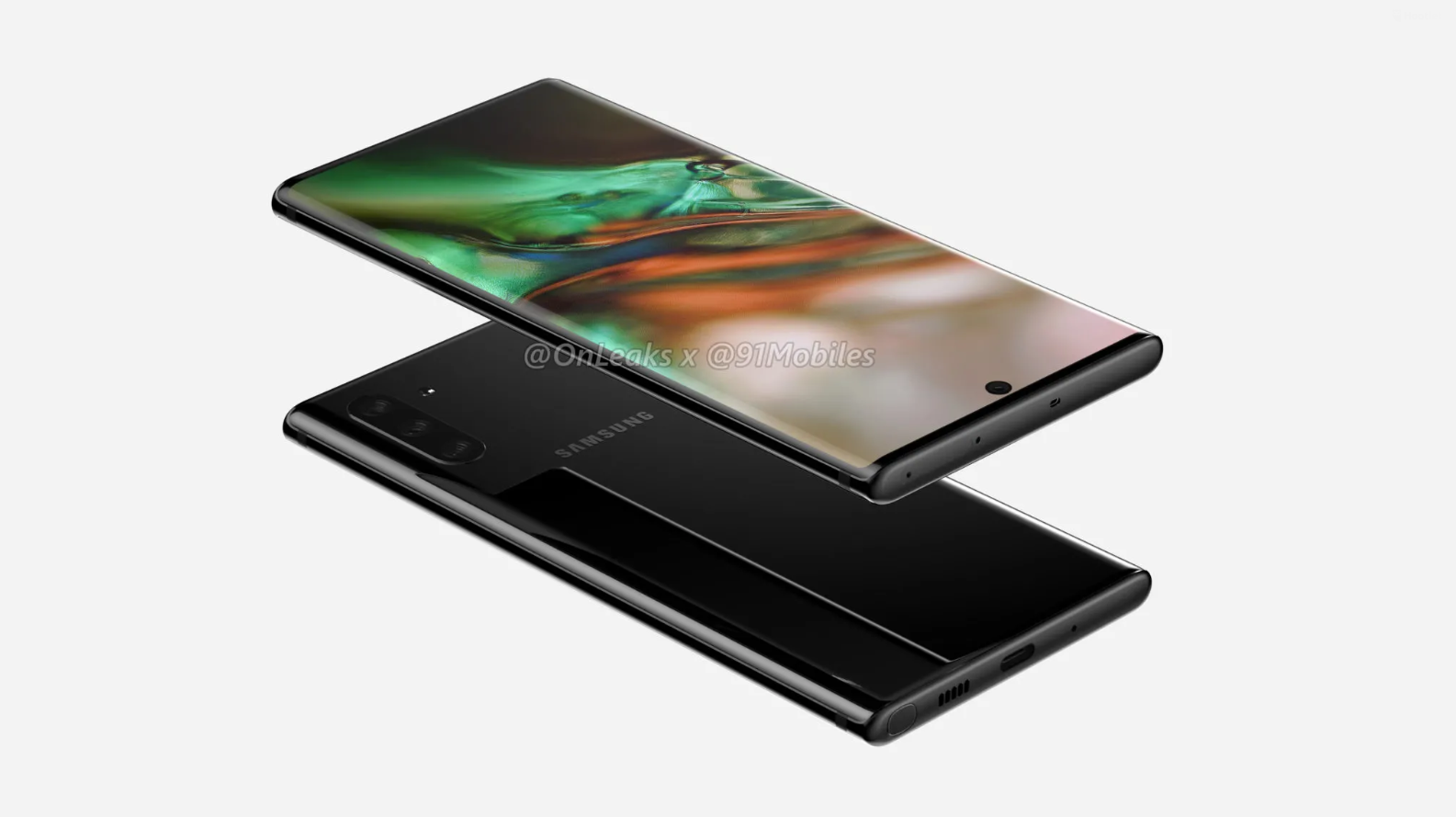 New renders have appeared online, giving us what could be the most legitimate look yet at the forthcoming Samsung Galaxy Note 10. The pictures come from oft-reliable sources so we’re fairly confident that this may be close to the final product.

As you can see in the high-resolution photos, the rear of the phone figures out house a triple-camera setup that sits nearly flush to the phone. They run vertically as opposed to the horizontal configuration of the Galaxy S10 line. 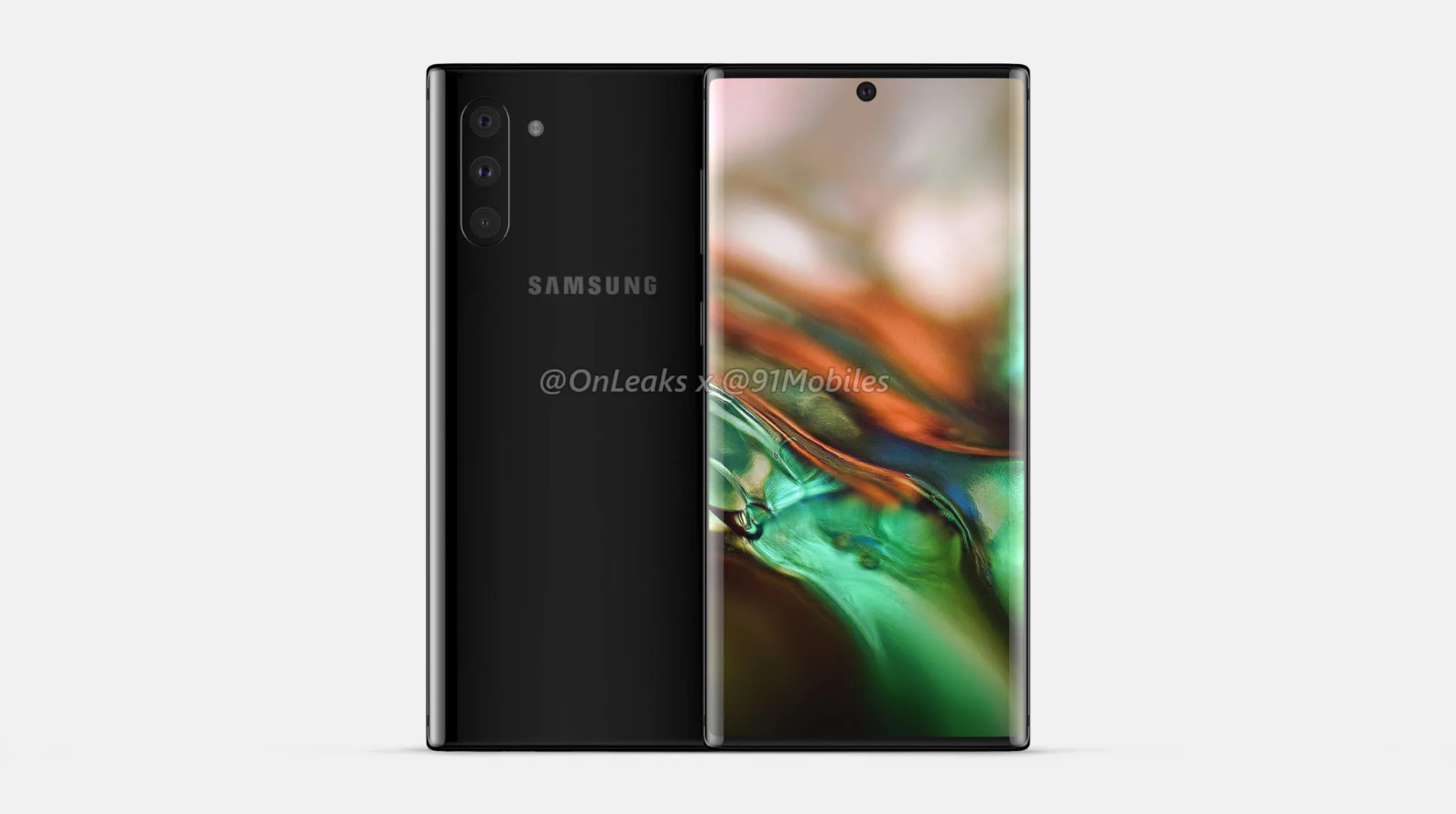 The Galaxy Note 10 may have a 6.3-inch display at a 3,040 x 1,440 pixel resolution Dynamic AMOLED panel. As for the front-facing camera, it looks as if we’ll have a hole-punch near the top, otherwise allowing for a nearly edge-to-edge screen.

The renders, which are alleged to come from official CAD specifications, show a USB C port and S Pen holder on the bottom, and power/volume buttons on the left side. Not present, and definitely worth noting, are the Bixby AI button and 3.5mm headphone jack.

According to rumors that have circulated over the last few weeks, the Galaxy Note 10 could pack up to 12GB RAM and a Snapdragon 855 processor in the US. The international model is alleged to feature a Samsung Exynos 9820 processor. Pricing could land somewhere between $1,100 and $1,200, or about $100 higher than its predecessor.

One final rumor we’ve seen picking up steam is that a larger Galaxy Note Pro may be in the works and offer a 6.75-inch display.

We live in a time where a lot of startups pitch themselves as a “Netflix for ___” or an “Uber for ____” business. This is the era of subscriptions, services, side hustles and the gig economy.When it comes to subscriptions and streaming services, a lot of people think of music and video. And that’s where Netflix, Hulu, and Amazon Prime reign supreme.As nice as it is to fall asleep to your favorite shows or movies, it’s not exactly the best stuff for your brain. If you’re honest with yourself, you know you could do better when it pertains to getting quality rest. And it starts with proper sleep.Instead of trying to unwind with a new episode of “The World’s Most Dangerous Prisons”, why not try some guided meditation? Try Restflix, a streaming service designed to help you get more restful sleep and deal with stress.Restflix is helps users fall asleep faster and rest better, and includes 20+ personalized channels with meditative music, bedtime stories, and calming videos.Restflix is not just for sleep, either. Use it throughout your day to unplug or re-center yourself ahead of that next Zoom call or virtual meeting.Watch on all major platforms: Apple TV, iOS, Roku, Android & Fire TVWatch 20+ live channels featuring soothing sounds, bedtime stories, kids, guided meditations & moreUnlimited video & audio w/ no interruptionsHuge variety of Sleep expert-approvedHelps overcome insomnia, tinnitus, night-time anxiety, & lower everyday stressAvailabilityYou can purchase a subscription to Restflix in one, two, and three year options. It normally costs $49 per year if you purchase it direct; however, we’re offering deep discounts to our readers. The longer you subscribe, the bigger the savings!1-year subscription – $29.992-year subscription – $49.993-year subscription – $59.99Best SellersEarn Credits!For every $25 you spend in the AG Deals Store you get $1 credit added to your account. And, if you refer the deal via social media or an email that results in a purchase, you’ll earn $10 credit in your account.First Time Buying?If this is your first time buying, you are also eligible for 10% discount! Just be sure to subscribe for email updates.Free StuffNot looking to spend any money today? No worries. You can still visit the AndroidGuys section for freebies and pick something anyhow.
Read more
Reviews