Home News RAM has never been cheaper, but are the historic prices here to...
News

RAM has never been cheaper, but are the historic prices here to stay? 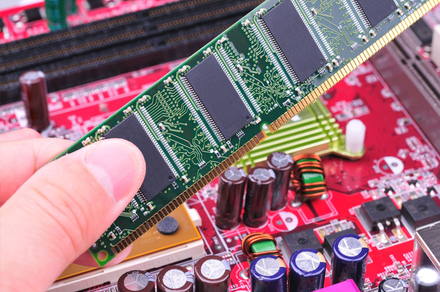 RAM prices are at historic lows. But it hasn’t always been that way.

If you upgraded your PC’s memory in 2018, you might be kicking yourself right now. This writer certainly is. I upgraded from an old, faithful 16GB of 1,600MHz DDR3 to a 16GB kit of Corsair Vengeance RGB 3,000MHz DDR4. It cost me the equivalent of $200 at the time. That same kit today is just $75. What the hell happened?

As of mid-2019, prices have finally gotten under control and are currently at an all-time low, making this a great time to upgrade. But is it here to stay?

While other industries can be subject to price changes due to supply and demand, PC hardware goes through enormous fluctuations. Between 2017 and 2018, we saw explosive spikes in graphics card pricing. In a similar fashion, between 2016 and early 2019, memory was inordinately expensive too.

As with almost any commercial instance of price rises on certain products, a mismatch of supply and demand is usually to blame. That was the immediate cause of the boom in graphics card pricing in 2017, and it’s what lead to the RAM pricing spike too. But what caused that mismatch?

A cryptocurrency miner attached to a laptop. Getty Images

“Cloud computing and storage that demands a lot of memory has been growing for years, and it sucks up a lot of chip supplies,” Corsair public relations manager Justin Ocbina told Digital Trends. “Then you also have other players such as medical and AI [to contend with].”

Ocbina blamed the growth in smartphones in recent years as well. PewResearch’s latest count was that there are more than five billion mobile devices in the world, with more than half of those being smartphones. Although far from all of those were sold in the past couple of years, many of them were — and that eats up a lot of memory chips.

If pricing moves too far beyond the norm, we need to adjust, especially on the higher end builds with multiple modules installed.

Ben Miles, managing director of award-winning British system builder Chillblast, explained that “more and more memory foundries [are focusing] on flash type memory to feed the insatiable smart device and mobile phone industries. Turning a DRAM factory into a flash factory or vice versa takes many weeks, so when companies have chosen their path, its non-trivial to turn it back. When demand outstrips supply, module vendors are forced to stockpile DRAM chips and offer more money to secure stock, driving up prices.”

All of this led to a huge increase in RAM prices between 2016 and 2018. Gamers Nexus put together an in-depth report on this at the start of 2018 and showed the near 200 percent increases in price for some modules, both DDR3 and DDR4. Looking at PCPartPicker’s historic trend graphs, we can see that early-2018 was the peak for RAM pricing, but that many speeds and kits took many months to even approach a noticeable fall in price throughout the year, only really falling hard in 2019.

Still running slower RAM? You’re not the only one

Just as memory buyers faced higher prices for modules in 2018, so did system builders, component sellers, and memory manufacturers. It’s not a one-to-one correlation, with some companies opting to eat into their profits to protect customers from inordinate spikes, but only so much can be done before the costs are passed on.

“Where possible, we try and shield clients from the DRAM pricing volatility. But if pricing moves too far beyond the norm, we need to adjust pricing, especially on the higher end builds with multiple modules installed,” Miles told Digital Trends. “DRAM prices do of course have an impact on customer purchases, and we find clients ‘make do’ with less RAM in expensive times and splash out on RAM they may not even have an immediate need for when prices are relatively low.”

Corsair made much the same suggestion, that throughout the years of high pricing, sales of larger kits were lower as buyers focused on value for money over bleeding edge performance. Where Chillblast altered its memory choices within certain system builds however, Corsair’s business wasn’t similarly affected, Ocbina told us.

“Continuing to find ways to keep costs down while maintaining Corsair quality is part of our process for years, so the impact to our manufacturing is nearly zero,” he said.

Now prices are back down to more sane levels, though, things are picking up. Both Corsair and Chillblast told Digital Trends that memory sales were up and that larger and faster kits are becoming more popular once again.

Should you upgrade now?

This is a difficult question to answer in the PC market as there always seems to be something new and exciting just over the horizon. While you should probably wait for AMD’s Ryzen 3000 CPUs, RX 5700 GPUs, and Nvidia’s rumored RTX Super cards before buying a new PC in 2019, you may not want to hang around on RAM for too long.

While there is some suggestion from the likes of Trendforce (via ExtremeTech) that RAM pricing will continue to fall throughout the third quarter of 2019, that may be the last of the big drops in pricing. That is, at least for the average buyer.

“We don’t see the current low price of memory being the new normal,” Ben Miles of Chillblast said. “As profits fall in DRAM due to abundance, factories switch focus back to flash, so we can expect peak demand in Q4 to see rising prices once again.”

Corsair’s Ocbina was a little more hesitant to forecast price rises, but he did suggest that other industries were beginning to pick up the slack for the slowing smartphone market. That could lead to rising prices at some point in the near future.

There’s also DDR5 to consider. We’ve heard a lot about the potential capabilities of this next-generation memory for years, and that’s something that Corsair will be switching its attention to in the years to come. Ocbina said that from the get-go, it is expected to dethrone DDR4 from its premium, performance spot. That gap will only widen as more kits are launched following the new standard’s debut.

If you want to save a few more dollars, waiting another couple of months to buy DDR4 might be a smart plan.

If the memory industry follows a more typical trend following its launch, the successor will lead to a gradual rise in DDR4 pricing as system manufacturers and component buyers move on to the new standard. An eventual parity between the two generations will be established before DDR4 scarcity drives it over and above the newer, more abundant standard.

But if you’re interested in upgrading your memory, DDR5 shouldn’t be on your radar for now. It’s not available yet and no existing CPUs or motherboards support it, so if you do upgrade to it at some point, you’ll need to make a more general system upgrade.

DDR4, though, is very affordable right now. It might come down a little more before the end of the year, so if you want to save a few more dollars, waiting another couple of months might be a smart plan.

Don’t wait forever though. The prices will only fall so far and as with every part of the PC component industry, there’s always going to be something else that excites you just around the corner. If you wait too long, that DDR4 kit you’re so excited by may lose its luster.