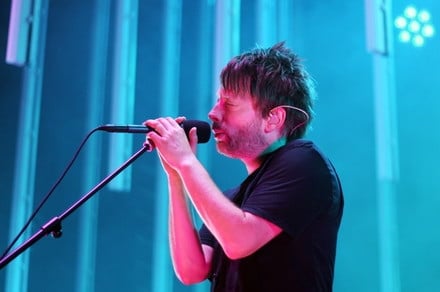 Radiohead has been hacked. And its response to the incident is very … well … Radiohead.

The perpetrator managed to steal 18 hours’ worth of unreleased material recorded during the band’s 1997 OK Computer sessions, and was reportedly asking for $150,000 to return the haul.

But on learning about the incident, and the subsequent ransom demand, the five band members decided to scupper the hacker’s chance of a payday by making the recordings available for download on music website Bandcamp. For the next 18 days, anyone can pay 18 British pounds (about $23) for the trove, with all proceeds going to climate-action group Extinction Rebellion.

Radiohead lead guitarist Jonny Greenwood took to Twitter on Tuesday, June 11 to confirm the hack and reveal the band’s response.

“We got hacked last week – someone stole Thom’s minidisc archive from around the time of OK Computer, and reportedly demanded $150,000 on threat of releasing it,” Greenwood wrote.

“So instead of complaining — much — or ignoring it, we’re releasing all 18 hours on Bandcamp in aid of Extinction Rebellion. Just for the next 18 days. So for 18 pounds you can find out if we should have paid that ransom.”

He continued: “Never intended for public consumption (though some clips did reach the cassette in the OK Computer reissue) it’s only tangentially interesting. And very, very long. Not a phone download. Rainy out, isn’t it though?”

Radiohead frontman Thom Yorke described the 22-year-old material as “not v interesting,” adding, “There’s a lot of it … as it’s out there it may as well be out there until we all get bored and move on.”

Extinction Rebellion, an environmental group established in the U.K. in 2018, responded to the band with a message on its website thanking it for its support.

Details of how the hack occurred haven’t been revealed, and it’s not known if the authorities are working to track down the person or people responsible.

OK Computer was the band’s third studio album, with its huge success taking Radiohead to new heights. The Bandcamp tracks include demo versions of Exit Music (For A Film) with different lyrics to the originally released track, and an 11-minute version of Paranoid Android — nearly five minutes longer than the original. There are also versions of the later-released I Promise, True Love Waits, and Lift, among a whole load of other content.

But take note, some of the recordings contain not tracks but merely material such as drum solos, instruments tests, and ambient sounds recorded outside of the studio. For a detailed breakdown of the content, check out this fan site.