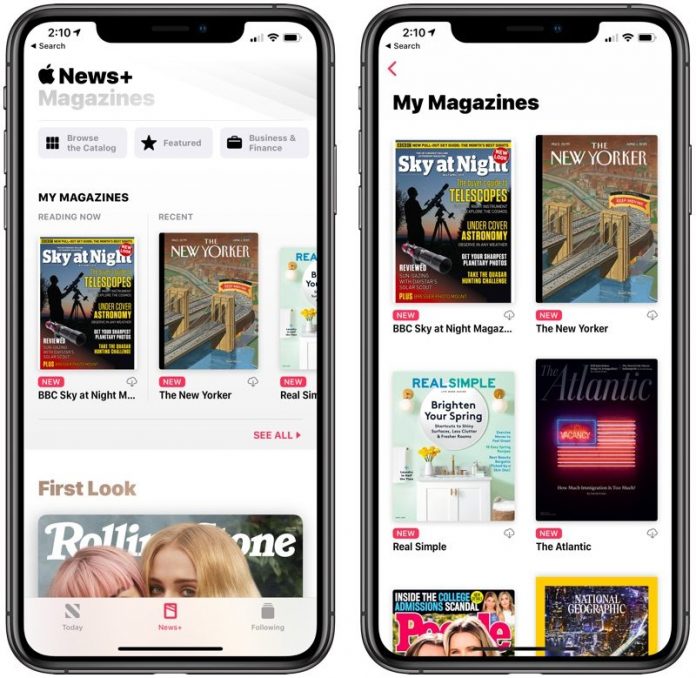 Apple News+ seems to be floundering just months after its launch, according to new details from participating magazine publishers shared by Business Insider.

Multiple publishers have been unimpressed with the revenue generated from Apple News+. One told Business Insider that revenue was one twentieth of what Apple promised, while another said that it was on par with what was earned from Texture, which isn’t much.

One publishing exec said Apple projected publishers would get 10 times the revenue they made from Texture at the end of Apple News Plus’ first year. “It’s one twentieth of what they said,” the exec said. “It isn’t coming true.”

Other publishers said their subscription revenue from Plus was lower than or on a par with what they got on Texture, which was small as a subscription driver to begin with.

According to some of the publishing executives, Apple’s News+ team has asked for input during meetings on the service since its launch. Apple reportedly acknowledged during meetings that Apple News users are confused about the difference between free articles and paid news content.

Publishers aren’t pleased with the magazine-centric layout for news content, and executives want easier ways to convert magazine content to app content. “I don’t think they’re putting their full effort behind [Apple News+],” one publisher told Business Insider. Some of the publishers are still optimistic on the future of Apple News+, as the service is still in its infancy and it will take some time to work out the kinks.

Apple has told publishers that it is working on making the Apple News+ app more intuitive for users, so hopefully changes and refinements to the interface are in the works to make it easier to navigate through the app and manage magazines. For details on how Apple News+ works and some of the issues users have experienced, make sure to check out our guide.