Home News Israeli company claims it can unlock any iPhone up to iOS 12.3...
News

Israeli company claims it can unlock any iPhone up to iOS 12.3 for police 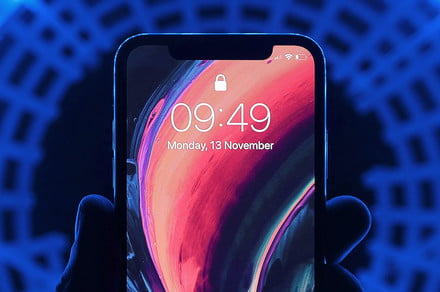 Israel-based forensics firm Cellebrite rolled out a system that is capable of unlocking any iPhone,  iPad or high-end Android device, renewing the delicate dance between the technology to extract data from locked smartphones and the manufacturers that promise privacy to their customers.

Cellebrite is not at all shy in announcing a new version of its Universal Forensic Extraction Device, or UFED, named UFED Premium. The service, which was created to help law enforcement in unlocking and extracting data from locked iOS and Android services, will be sold as an “on-premises tool,” which means that the police will be able to buy the hacking device and then use it by themselves, however they want.

Cellebrite is proud to introduce #UFED Premium! An exclusive solution for law enforcement to unlock and extract data from all iOS and high-end Android devices. To learn more, click here: https://t.co/WHsaDxzoXz pic.twitter.com/BSixEkyAuL

In the official website for UFED Premium, Cellebrite said that the system will allow the police to gain access to third-party app data, chat conversations, saved emails and attachments, deleted content, and more. The company will be able to unlock iPhones and iPads running iOS 7 to iOS 12.3, as well as high-end Android smartphones such as the Samsung Galaxy S6 to Galaxy S9 models, and devices from Huawei, LG, Motorola, and Xiaomi.

No other law enforcement contractor is capable of unlocking such a wide range of iOS and Android devices, or at least not publicly. Cellebrite, in comparison, was more secretive in its previous involvements with law enforcement.

Cellebrite is believed to be the firm that the FBI asked to unlock the iPhone 5c owned by Syed Rizwan Farook, one of the killers in the San Bernardino shooting of December 2015. The authorities demanded Apple create an iOS backdoor to extract data from the smartphone, but the company refused to compromise the security of its mobile operating system. The FBI then asked for help from Cellebrite, though there were conflicting reports about who was actually able to crack open the iPhone 5c.

Apple is serious in their efforts to block tools that unlock iPhones, as shown by the changes made to iOS 12 that prevented the GrayKey password cracker from working.

UFED Premium may unlock iPhones and iPads up to iOS 12.3, while GrayKey is only starting to work with certain iOS 12 versions. iPhone owners who would like to secure protection from such unlocking services should always update to the latest iOS version — iOS 13 is launching in September alongside the 2019 iPhones.