Human: Fall Flat is the latest PC indie game to be ported to Android 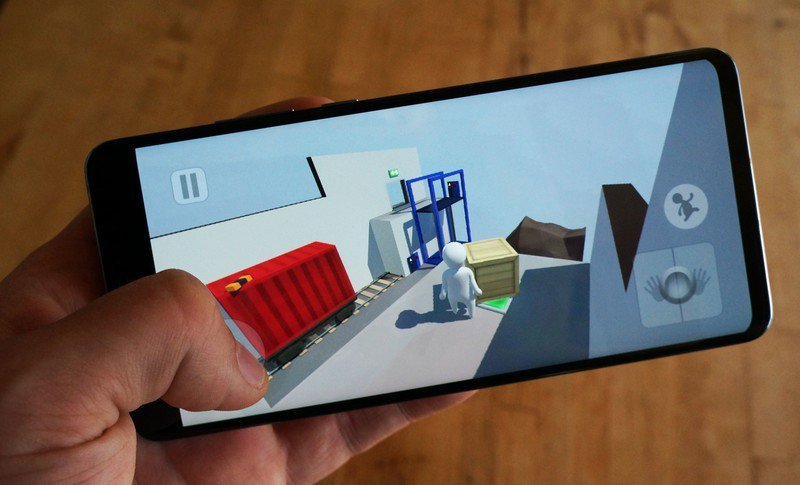 It has become a fairly regular occurrence to see the PC gaming indie darlings of yesteryear ported over to Android and iOS. The latest game to get the mobile treatment is Human: Fall Flat, a very silly physics-based puzzle platformer that’s entirely open ended. You control this little pudgy character who can’t jump very well, but can grab onto just about anything. All you need to do is find a way to get past the obstacles in each level — but that’s really easier said than done.

This game might look like a cute and fun game for kids but I don’t think I would recommend this as a kid-friendly game. And I say that not because the game features inappropriate content or anything but because the controls learning curve is steep.

The game gives you a virtual joystick on the left to control movement, you swipe around the screen to look around, and you get a simple jump button on the right — pretty standard touchscreen controls so far. It’s the arm control that will make or break the game experience for you. You’re presented with a small touchpad that lets you raise or lower each arm independently with the hand outstretched and ready to grab whatever object is in front of you.

Don’t be fooled by the simplistic graphics — Human: Fall Flat offers a true challenge for fans of quirky puzzle platformers.

Human: Fall Flat encourages you to experiment and solve each level your own way which is good because if the game only had linear path solutions, with these controls, you would go insane. Understanding the physics of what your character can and cannot do is also crucial. By raising both arms at once you can jump and grab a ledge, and then pull yourself up by pulling your arms down once you’re hanging on. It always looks awkward but that’s the point, right?

Given all that, I think this game falls into the “almost too quirky for its own good” category, to the point where it sometimes feels like a demo of a new physics engine for a game that never actually got finished. The way your indestructible character falls from the sky to enter each level (or when you accidentally fall off the edge) does a good job showing off the bouncy physics as you try to figure out how to get to the end. Some levels are more straight forward with doors and switches, but the first level after the tutorial requires you to climb a train. This proved to be a huge task when you’re still learning the ropes, but it’s oddly satisfying when you figure out a way to solve each puzzle battling against the physics and the controls.

Reviews for the mobile version of Human: Fall Flat have been mostly positive. Everyone admits the controls are hard to master, but it’s a faithful port of the game that also includes online multiplayer so you can play with friends. The developers have also confirmed that there will be cross-platform multiplayer which is pretty cool. The only thing this game is missing in my opinion is support for Bluetooth controller, but otherwise I’ve had a lot of fun with Human: Fall Flat, which is available for just $5 on the Google Play Store. 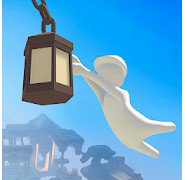 Don’t let the cutesy look of this game fool you! Human: Fall Flat is a deceptively challenging physics-based puzzle platformer that translates pretty well over to mobile in spite of the weird control scheme.

Facebook
Twitter
Pinterest
WhatsApp
Previous articleMacRumors Giveaway: Win a HomeKit-Compatible Dual Smart Outlet From Satechi
Next articleThese Chromebooks are ready to see the world with you