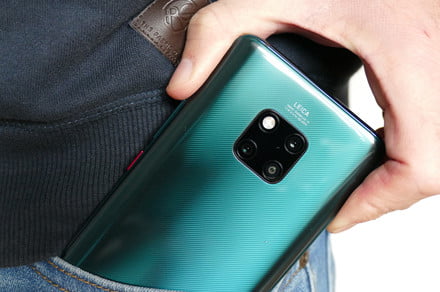 The next entry into Huawei’s Mate series is most likely going to be called the Mate 30, and include a Mate 30 Pro model, with previous experience telling us it will be revealed during the second half of 2019. Huawei is in the midst of battling a ban by the U.S. government, but this has not stopped rumors and leaks giving us an idea about the Mate 30.

This is what we know about the Huawei Mate 30 and Mate 30 Pro so far:

What will the Mate 30 Pro look like? A series of renders of the possible design shows the phone with an evolution of the Mate 20’s square camera lens setup, which continues the 2019 trend of alternatively designed camera lens arrays. The Mate 20 and Mate 20 Pro were among the first phones with a square camera lens array, mounted top-center on the back, but for the Mate 30 Pro this may morph into an oblong array and may contain four camera lenses. It’s certainly easier on the eye than if it was set in one of the rear corners of the phone.

Around the front, the Mate 30 Pro may share some similarities with the Samsung Galaxy S10 Plus. Minimal bezels, a curved screen, and a dual-lens selfie camera inside a hole-punch screen are pictured in the render. Red, blue, and black color schemes are shown, which look rather ordinary for a new Huawei phone. These designs are not official, however, and may not be genuine representations of the final look.

We do know there may be a 5G version of the Mate 30, as Huawei Business Group’s chairman Richard Yu said so in an interview with Digital Trends earlier in 2019. The smartphone will most likely use Huawei’s own Balong 5000 5G modem, along with the Kirin 985 processor or even its successor, depending on whether Huawei makes changes to the time frame of its the next-generation mobile chip.

The camera on the rear may echo what we have seen in the P30 Pro, and come equipped with a strong 50x digital zoom and a 5x optical zoom feature. The only other specification rumor so far concerns the battery, which may have a 4,200mAh capacity and Huawei’s new 55w SuperCharge system, which will debut on the Mate X folding phone.

When will the Mate 30 and Mate 30 Pro arrive? This is not known yet. The Mate 20 series launched in October 2018, so we expect the sequel to arrive around the same time this year. However, the uncertainty around Huawei’s business situation, due to the current U.S. ban on trade with the company, makes where it will launch and with what software onboard difficult to speculate about.

In China, smartphones do not have Google services installed, and run modified versions of Android. This would make releasing a new phone easier in mainland China at first, if the situation has not been resolved. Additionally, Huawei is working on its own mobile operating system, but this is not expected to be available until 2020.

We will update you on the Mate 30 series here, as more is leaked or revealed.