Home How to How to choose the right Chromebook
How to

How to choose the right Chromebook 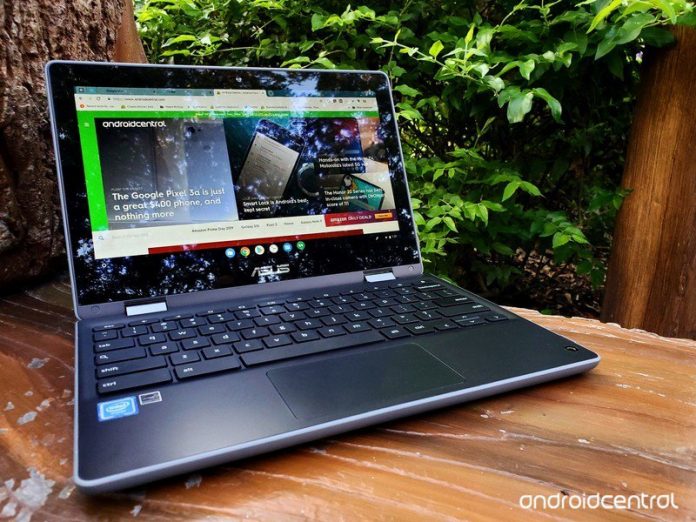 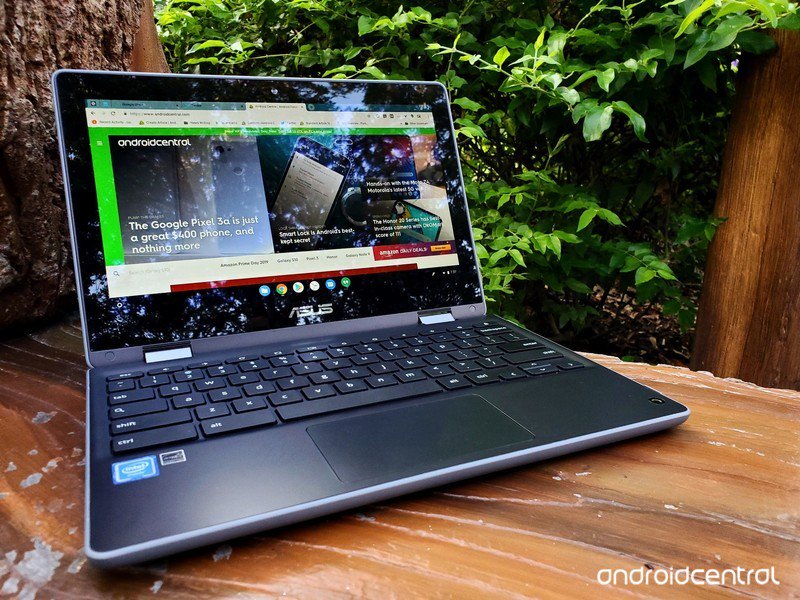 Because Google controls the software look and update schedule for every Chromebook model, a Chromebook built by Lenovo should act the same as a Chromebook from Dell or Samsung. Combine that with the cloud-centric nature of Chrome OS, and it means you can focus a little less on the traditional specs and focus more on what you want to do with the machine you choose. This decision-making process may seem slightly out of order, but trust me on it:

Touchscreens may be a luxury for other laptop systems, but on Chromebooks, I consider it a requirement. Chrome OS’s touch optimization is getting better every month, and since most of the Android apps Chromebooks can install via Google Play are optimized for touch, treat yourself to a touchscreen model!

Touchscreen models usually aren’t that much more expensive for Chromebooks in 2019 — many Chromebook models don’t even bother with non-touchscreen versions these days — but if you see a Chromebook that says it’s non-touch, walk away and don’t look back. It’s a wonderful thing to be able to just tap on the screen when scrolling through Amazon, and after playing Solitaire on a touchscreen, you’ll never go back to using a mouse. 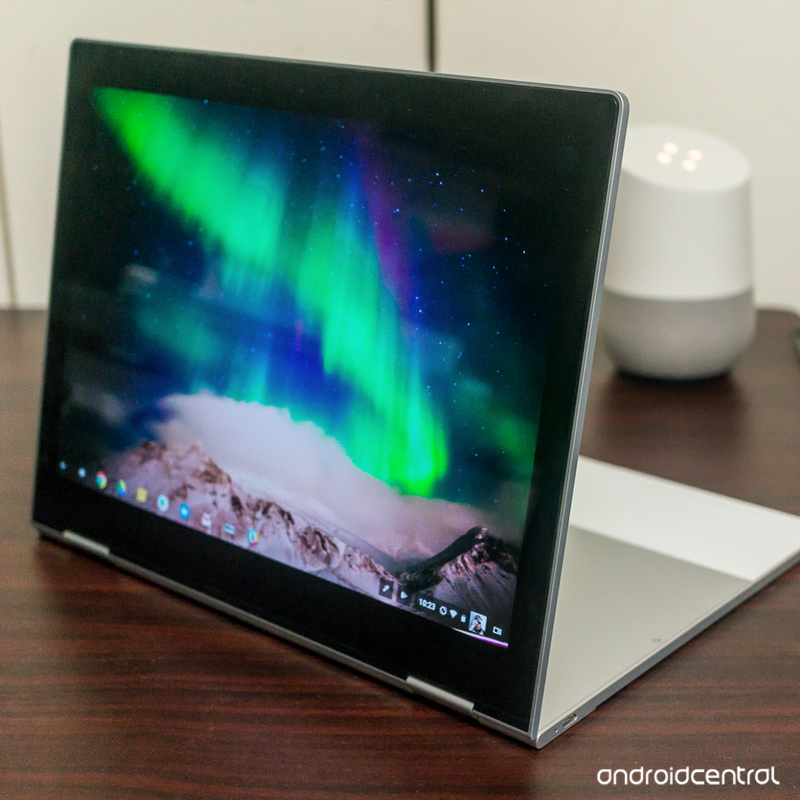 That touchscreen is even handier on 2-in-1s, the best form factor I’ve seen for Chromebooks yet. Being able to prop up your Chromebook in Tent mode for a movie, or fold it flat into Tablet mode for some in-bed browsing while down with the flu is amazing, but having a 360-degree hinge is great for everyday productivity, too. You can bend your Chromebook back to more angles when working in awkwardly-lit offices with weird light glare or propped in your lap at a ballgame because you totally didn’t forget those quarterly expense reports that were due tomorrow and refuse to skip the game for that. 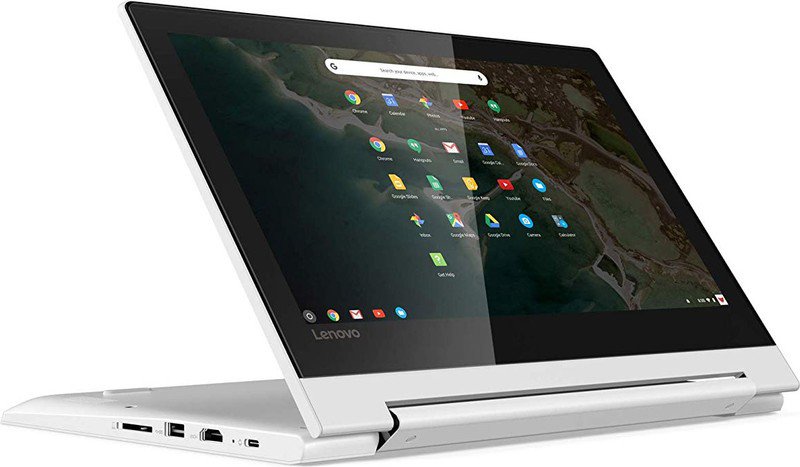 Use this versatile touchscreen Chromebook in laptop, stand, tent, and tablet mode to get your work done however you need to. The C330 can last 10 hours on a charge, and while it’s not rated rugged, it’s endured months in my gear bag.

2. Decide on the other features you want

Chrome OS is almost entirely the same on every device from a software perspective, which means that standout hardware features become paramount, and figuring out which of those features you want or need in a machine can really help narrow the field, steer you to your perfect Chromebook. 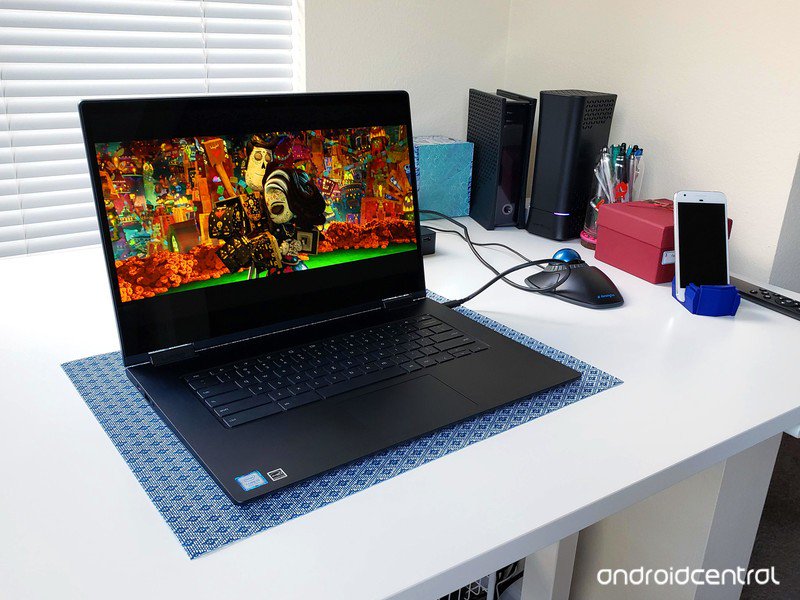 As mentioned before, you want a touchscreen Chromebook — a 2-in-1 if you can swing it — but if you tend to do a lot of movie-watching, you want a really high-quality screen and loud front-facing speakers.

Picking your hardware features can really help narrow the field.

If you’re looking to be more productive with a multitude of open tabs and multi-window screens, you might want a 3:2 screen that’s more suited to split-screening and a more powerful processor/memory configuration. Productivity-minded users should also pay special mind to the port configurations on their prospective Chromebooks, as USB-C starts to replace most other ports on more premium Chromebooks like the Pixelbook while more grounded models keep USB-A ports around alongside new USB-C charging ports. 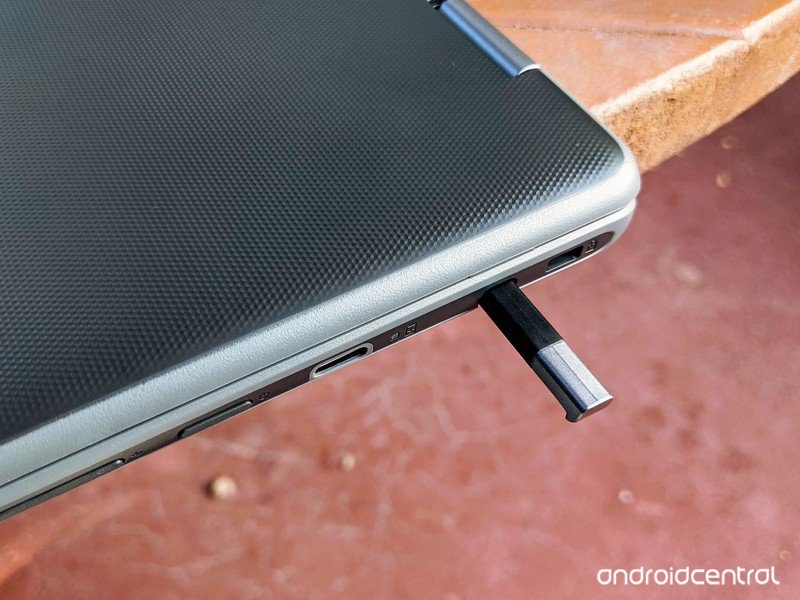 Families with younger kids — or travelers that are prone to slips, spills, and accidents — might want to look to the growing number of Chromebooks with military-grade MIL-STD 810G durability or spill-resistant keyboards. Some education Chromebooks also come with a stylus that slots into the Chromebook, which I have been weirdly falling in love with on the ASUS Chromebook Flip C214. 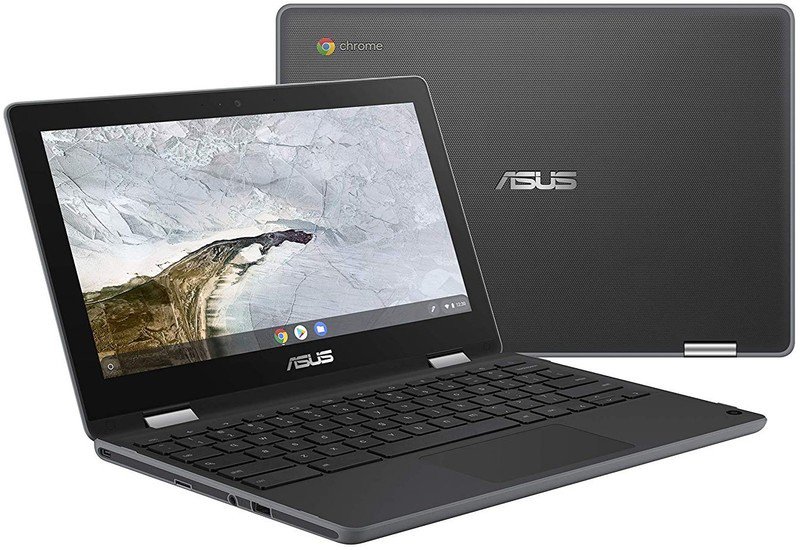 This upgraded version of the C213 is light, mil-spec durable, features a spill-resistant keyboard, and it has a stylus tucked into the right side of the laptop for easy access and sketching. Tired of fat-fingering your Chrome tabs? This is for you.

Chromebooks come in a variety of sizes but they tend to gravitate to four sizes in general:

In general, the bigger the size of your Chromebook, the more you can potentially fit on the screen, but it will also be less portable and often have shorter in battery life. The smaller it is, the less heavy and (usually) less expensive it will be, but smaller models can also suffer from lower resolution screens, though Chrome OS’s display zoom and font adjustments can somewhat offset it.

This 11.6-inch Chromebook features a low price, small footprint, and great battery, allowing you to throw the C330 in your bag and go about your day with ease. This affordable workhorse is small but still easy to work on. 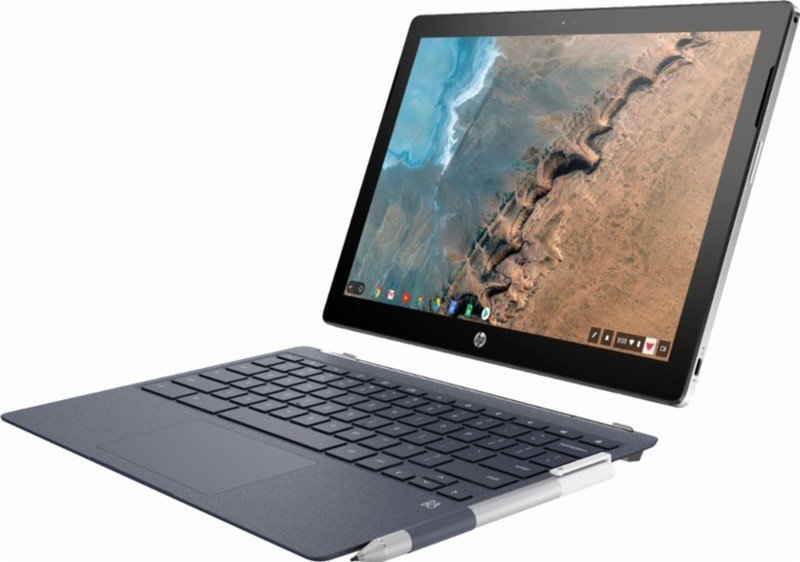 Featuring the very same 12.3-inch 2400×1600 (3:2) IPS touch panel that you’ll find on the Pixelbook or Samsung Chromebook Pro, this Chromebook detachable is worth every penny of its premium price. 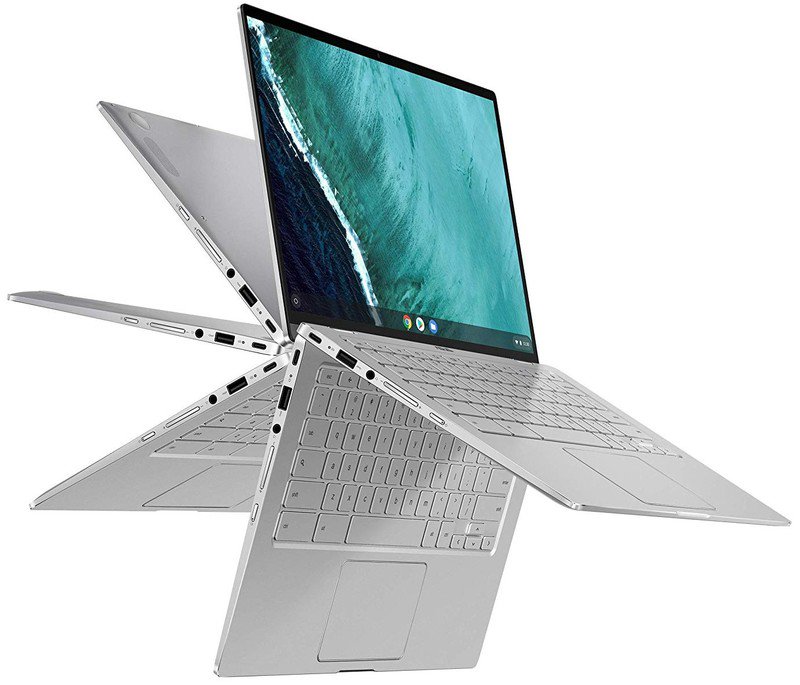 A 14-inch laptop in a 13-inch footprint, this portable powerhouse can go all day and into the night as you split screen research and YouTube— I mean reports! The aluminum body and backlit keyboard feel as great as they look. 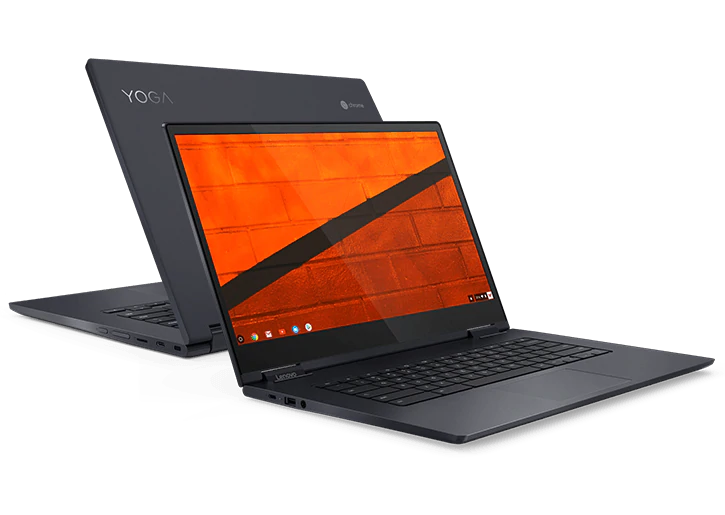 At four and half pounds, this 15.6-inch Chromebook isn’t light, but it is available with a 4K screen for enjoying your videos in the highest of quality.

4. Memory and storage — what do you really need?

RAM (Random Access Memory) is a critical spec for computers of all sizes and shapes, from phones and tablets to desktops and laptops. It’s used by your computer’s processor(s) to hold your current tabs, apps, and execute the commands, clicks, and operations that make your Chromebook work.

So how much RAM do I need? 4GB of RAM in a Chromebook is fine today. 8GB is better, and high-end Chromebooks can come with 16GB or more, but 4GB of RAM is more than enough to run Chrome OS with a couple of apps and a dozen Chrome tabs.

If you’re a long-time Windows user — or really a long-time computer user of any kind — looking at the storage on most Chromebooks will seem confusing at first because it’s not going to sound like enough. Chrome OS is based around cloud storage — Google Drive is integrated directly into the Files app — but local storage is still important for things like Android apps from Google Play, offline documents and downloaded music/movies for those horrible Wi-Fi-less flights. 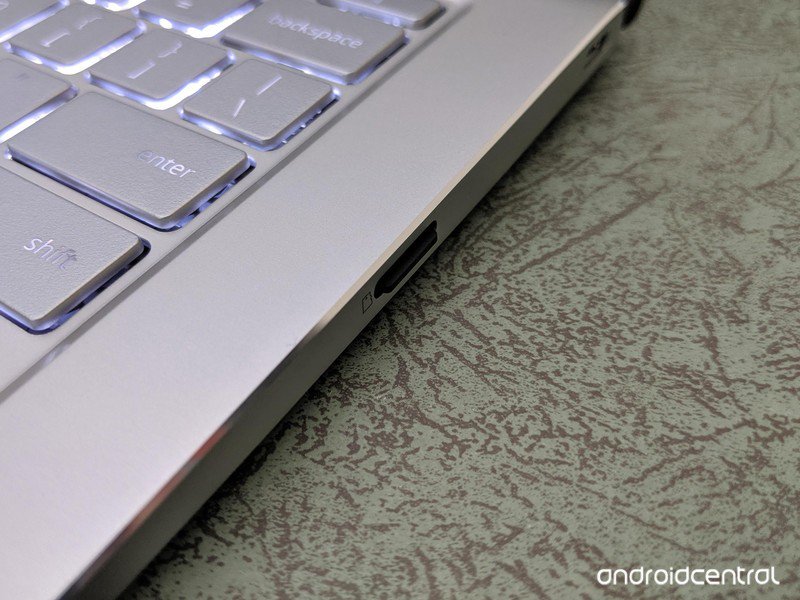 You can also expand the storage on many Chromebooks with an SD or microSD card, but there’s no beating good local storage to start with. 32GB of storage is workable, but I’d recommend going with a model with at least 64GB of storage. Finding 128GB or more is usually reserved for premium Chromebooks with $500+ price tags, but 64GB Chromebooks are pretty widely available and offer more than enough storage for some Drive offline syncing and some emergency entertainment.

Chrome OS is developed, managed and updated by Google for all Chromebooks, but Google doesn’t want to be stuck supporting every random budget chipset and driver set forever, so each and every Chromebook has a shelf life and an expiration date, just like the milk in your fridge! This is the Auto Update Expiration date, and it can be found for every single model on this handy dandy support page, which I have bookmarked because I am a freak and you should bookmark while you’re shopping for Chromebooks. 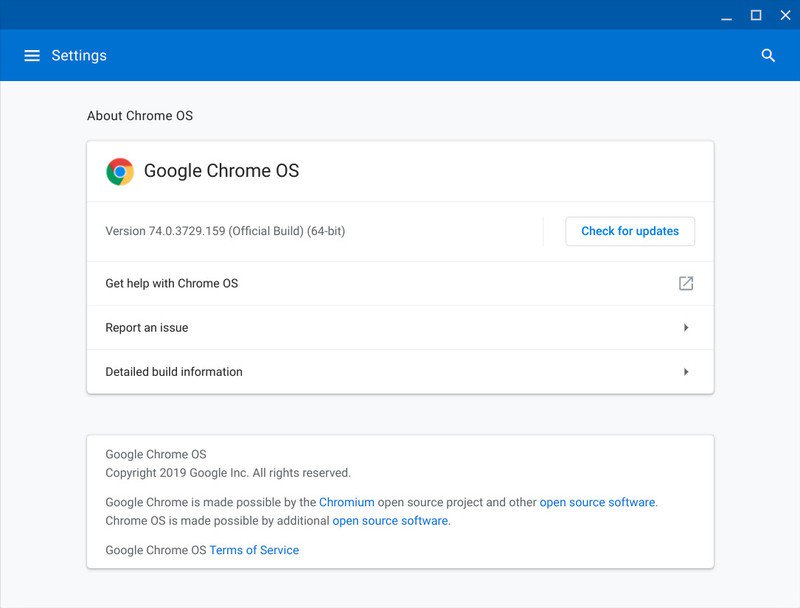 Now, a Chromebook doesn’t turn into a pumpkin on its AUE date — assuming your Chromebook lasts three to six years until that date — but it does stop receiving those system updates every Chromebook gets every four to six weeks that contain bug fixes, security patches and new features. If your Chromebook is still running decently at that time, you’re a champ, and with a teeny bit of know-how, you can reformat it to run one of a dozen Linux distros instead.

That said, four to six years is a long time for any laptop and chances are yours will be getting long in the tooth by then, but right now when shopping, always check the AUE to see how long your Chromebook will get updates. Some Chromebooks have shorter lifetimes than others if they’re built on the same platform as a previous Chromebook — AUE is based on hardware platform, not individual model, which is also why many Chromebooks have the same AUE dates — so it’s something you’ll always want to check before buying, even if the model itself is brand-new.

This totally upgraded model is developed on a brand-new platform, and it will be updated for a full six years. Combine that with a compact form factor, included stylus, mil-spec durability, and high battery life, and you get a winner!