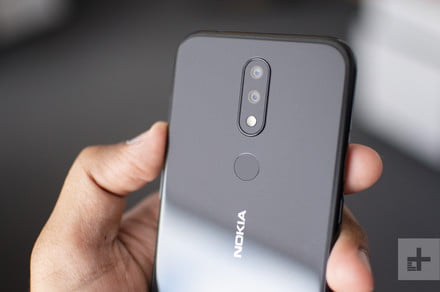 HMD Global wants its Nokia users to feel a little more secure when it comes to their data. To that end, the company announced it is partnering with Google Cloud and consultancy firm CGI to move data like phone activation data and device performance data to the Google Cloud Region in Hamina, Finland.

The data will begin being stored in Finland starting with the new Nokia 4.2, Nokia 3.2, and Nokia 2.2, after which data from previous devices will be stored in Hamina after Android Q is released to the public. Nokia anticipates that all the data will have been migrated to Finland in 2020. Previously, user data from Nokia phones was stored in HMD Global servers in Singapore, which was managed by Amazon Web Services.

“Google Cloud and CGI were natural choices to be our strategic cloud partners thanks to our pre-existing close collaborations with them, which ensures that we’re implementing our leading data security and analytics technology at a global level. We want to remain open and transparent about how we collect and store device activation data and want to ensure people understand why and how it improves their phone experience,” Juho Sarvikas, chief product officer at HMD Global, said in a statement.

Data security and privacy are increasingly becoming an issue for tech companies as the public becomes more aware of the importance of data safety. It’s important to note that Nokia is making good steps to make user data more secure, but that doesn’t mean that all user data is safe. After all, different apps and services handle their own data differently and some are less savvy about it than others. Not only that, but while performance data and install data might be shielded from some, Google still has access to that data.

The movement of the data will also benefit Nokia, which says that by moving the data to the new data center, it will be able to fully leverage data analytics to “benefit Nokia phone fans around the world.”

It’s probably not a coincidence that the news is announced a few weeks after Nokia admitted it had been sending some user data to China. According to Nokia, the issue was a software bug and has since been remedied.