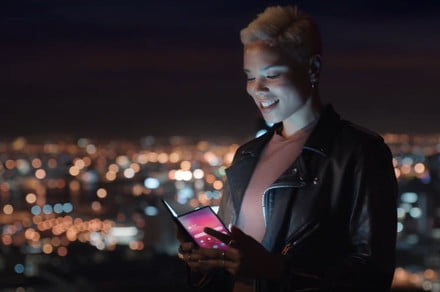 Do foldable smartphones only need to have one screen when you open them up? Google doesn’t think so, based on a recently discovered patent that shows a, “smart book” with multiple screens inside just like a regular book. The images that accompany the patent give us an idea of how this unusual device would look.

Like other folding smartphones we’ve already seen — the Galaxy Fold and the Huawei Mate X, for example — the Google folding smart book has a central hinged spine, to which the internal screens are attached. Folded up, the smart book would have solid, non-flexible screens on the cover and on the back for rigidity. Open it out, and instead of turning paper pages, you’d be turning flexible screens.

The pictures are basic, but the patent itself goes into a lot of details about the hinge section, and the technical aspects of how it needs to bend. The patent applies not just to the multi-screen model seen here, but also to a foldable device with a more conventional screen layout. Google envisages the necessary components being hidden in the spine section, and the hinge itself needing to have several mechanisms to move the internal screens.

While the patent illustrations show thick internal panels, this is unlikely to represent any final device that may eventually go into production. The weight of a folding smart book with another three, four, or more modern screens inside would be prohibitive for a start. The patent description states the screens would also be set very close together for a compact closed design, with possible distances ranging from 1mm to only 0.005mm between each screen.

Google’s patent shows the unusual directions companies are going in while exploring the potential behind folding smartphones, tablets, and laptops. The multi-screen folding smart book shown here may seem fantastical now — and it is, given the technology and work needed to currently create something like this — but as folding, rollable, and flexible devices become easier and cheaper to produce, and the tech around them evolves, it’s entirely possible this could be a future replacement for the modern eReader.

The patent was filed in 2018, and does not necessarily represent a device Google is working on, only a series of ideas and concepts that may not make it into production.