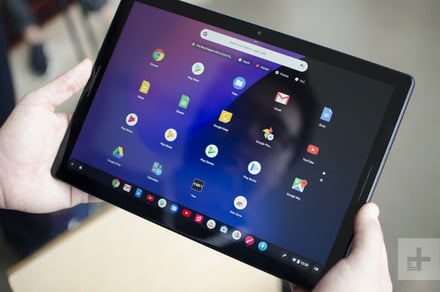 Google has officially given up on the idea of making any more tablets like the Pixel Slate, and has canceled development of two unreleased tablets.

According to reports from Business Insider and Computer World, Google has ceased production of two new Pixel Slate-style tablets that were set to launch sometime in 2019, and does not plan to release any new tablet-format Chrome OS devices, ending the chances of a Pixel Slate 2 in the near future. These reports were then confirmed on Twitter by Google’s own head of hardware, Rick Osterloh.

Hey, it's true…Google's HARDWARE team will be solely focused on building laptops moving forward, but make no mistake, Android &amp; Chrome OS teams are 100% committed for the long-run on working with our partners on tablets for all segments of the market (consumer, enterprise, edu)

To be clear, this cancellation does not include the development of Google’s Pixelbook convertible, and it seems as though Google’s Chrome OS efforts will now be focused on Chromebooks. In fact, according to The Verge, many employees working on Chrome OS tablets have been shunted over to the Pixelbook team. Thankfully for owners of the Pixel Slate, this announcement does not mean the end of software support for Google’s tablet. Google has been clear development of updates for the Pixel Slate will continue, with Google promising regular software updates all the way until June 2024.

Also, this cessation only applies to Google’s own physical hardware, and it won’t directly affect any manufacturers currently working on a Chrome OS-based tablet. As Rick makes clear in his tweet, Google will still be working on improving the tablet experience on Chrome OS and supporting those companies who have already released such tablets — Acer and HP being among those who have. However, Google abandoning Chrome OS tablet plans is sure to put some manufacturers off backing the still-nascent OS in future tablets. After all, why should a third-party manufacturer have confidence in Chrome OS on a tablet when Google itself clearly does not? Only time will tell, but Google’s own hesitance may spell the end of Chrome OS as a tablet platform.

For the record, we liked the Pixel Slate and rated its beautiful display, great speakers, and long-lasting battery life. Unfortunately, though, solid hardware was let down by the Chrome OS software. A high price tag that put it in direct competition with the better known Microsoft Surface and Apple iPad Pro is also likely to have not helped.