Global Honor 20 launch marred by fear, as Huawei gets squeezed by U.S. ban 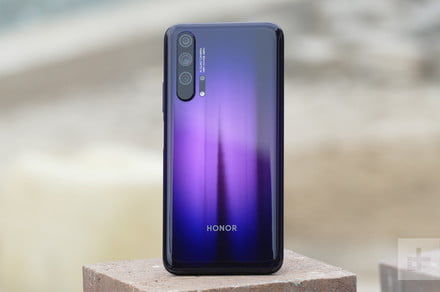 The launch of the Honor 20 series may be the first new device range to be seriously hit by Huawei’s presence on the Entity List, which prevents the company from purchasing U.S.-made goods and services without U.S. government approval. Huawei executives are reportedly watching the forthcoming European launch closely, according to anonymous sources speaking to Bloomberg. There is some expectation that sales will be poor, which may force it to cut off shipments.

Honor will launch the Honor 20 on June 21 in the U.K., France, and other European countries. The Honor 20 Pro does not have a final international release date yet, and may not arrive until July. Bloomberg’s sources state two major French carriers will not stock Honor devices at all. Refusal to stock Honor’s latest smartphones may derive from concerns the devices will not have access to future Google Android software updates, although Honor has stated the Honor 20 series is not affected by the ban.

The Honor 20 Lite is already for sale in the U.K., where it can be purchased right now from Carphone Warehouse, while the Honor 20 can be pre-ordered ahead of the June 21 release date through the same company. Honor has already released the Honor 20 in China, where it has sold more than a million units already, and the Honor 20 Pro is also scheduled for release. However, Chinese versions do not come with Google services installed, and do not have access to Google Play.

Not only does Huawei fear the Honor 20 series will not fare well in Europe, it’s also expecting a considerable reduction in smartphone sales during 2019 generally, according to the report. In 2018 the company sold more than 200 million devices, but is now anticipating this figure to fall by somewhere between 40 million and 60 million phones. While 140 million-plus phone sales would not be disastrous, it stalls Huawei’s continued assault on Samsung’s world number-one phone manufacturer spot.

How the Honor 20 is received after June 21 will be the first test of the impact the ban is having on Huawei’s business, and the public’s perception and understanding of the situation. Huawei has shifted the launch date of its Mate X folding phone to September, which is also around the same time as a new Mate 30 Pro is likely to arrive. A temporary extension that allows Huawei to continue doing business with U.S. companies ends on August 19.

We contacted Honor for comment and were told the company will have a statement on overseas and domestic sales on June 19, and that U.K. sales of the Honor 20 are not being impacted.